Presenter of Irish TV’s The Ayala Show, Ayala, speaks to Motley about her journey to the small screen and her passion for the arts

I have always been so clear on what I wanted in life, but I never would have thought of going into TV and yet here I am working as a TV presenter, and it is such a good fit!  I do believe that if you are true to yourself, and you follow your passions diligently, acknowledging your strengths (and weaknesses) then the right work will come to you. On the other hand, though it’s true that the idea and opportunity for my TV show somewhat fell into my lap, the process of getting that show onto actual broadcast TV and in motion was another matter.  It took massive dedication, hard work and an uphill struggle filled with blood, sweat and tears, not to mention massive risk taking.

I live in London, a place where grass roots live music venues have shrunk bynearly half in the last 10 years…

As long as I can remember (since about the age of 5), I wanted to be a singer; I had tunnel vision only for music. In my multi-faceted work world, I still consider being an artist my priority and my first career, which is currently a little ironic because I have hardly had time to sing a note outside of my TV show this last year! So let me first explain why being a presenter and the host of a TV show is a very natural and obvious choice for me, and how it came about.

First, some background on me: I’m very passionate about the role of the arts and in particular the role of music in society.  I can see that the arts lead cultural change and are meant to have a very important part to play in the growth and evolution of a culture. It is my opinion that not enough people in positions of power recognise this.

I live in London, a place where grass roots live music venues have shrunk by nearly half in the last 10 years while the government are simultaneously cutting and removing arts funding in schools. The arts are short-sightedly under-prioritised and as a result are on the decline, in an ever more capitalist society where money seems to be God. And personally, if I can ever see a problem that I can do something about, then I will always try my absolute best to so.

This is why a number of years back my husband and I started a local south London charity to bring arts to poorer communities in South London and years on from that it’s also partly what sparked the birth of our TV show. Apart from the obvious career move, The Ayala Show honestly feels like another very natural step in actively fighting for what I believe in.

The first idea came about when I met one of the directors of Irish TV one day when I was back home for a visit. She suggested I should consider having my own music TV show and said that I was a natural presenter.  At first I was gobsmacked by the idea but it quickly grew on me.  It made sense, she said, as she pointed out that I am surrounded by and very connected with the music industry in London, being an artist myself.  There are always bands and musicians who I meet passing through the central London studio I’ve been working out of, or through the gigging or session circuits.  Finally I could do something to support the industry I love, and join the dots up between new talent and hungry audiences wanting and waiting to discover it.

I had noticed that new (often self-releasing) artists struggle more than ever both to find a platform for their music and a budget to create the necessary online content to showcase it.  The Ayala Show is doing both of those things and meeting gaps in the market that way.  There are little to no shows like ours where you can discover new emerging talent and also watch live music on television (nearly all performances on TV are mimed or just with a live vocal whilst the band mime).  There was a gap in the market screaming out to us and I just had to see if I could meet it. 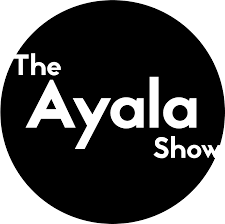 By way of principle, I like to recklessly follow my heart and what I believe in and what I believe is right.  That includes what I believe I should be doing with my creativity, career and time.  So when the opportunity came to move into TV presenting, I also chose to start a TV Production company (along with my filmmaker brother and music producer husband) because we saw a glimpse of the future and it felt like retaining some level of creative control over that future would be the right way to make this show.

We took out loans, re-mortgaged our house, went to our families and did whatever was necessary to set up our production company; that was where the risk came in. These risks are hard to face, but I think you have to follow your heart and go for what you believe in; life is short and we all have something to offer it.  And of course we were lucky enough to have access to the necessary resources (even though we had to put our necks on the line for it!).

I think now more than ever it takes courage to choose a career in the arts. If you have taken that brave step, you are already a risk-taker, to some extent!

There would no point choosing to work as a TV presenter if you don’t both love people and/or love the subjects that you will be presenting. Luckily, I love people, meeting new people, finding out what makes them tick and I love supporting the arts. 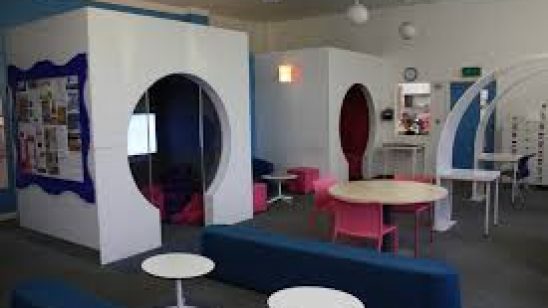 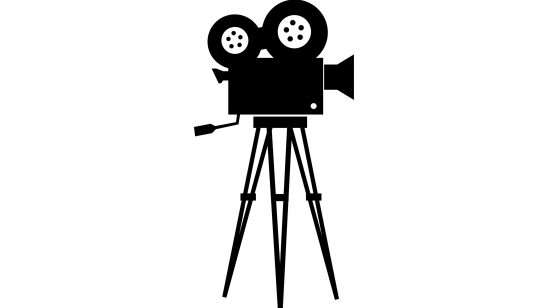