Aideen Casey chats with Mark McAvoy about his insights into music of the rebel county in ‘Cork Rock: From Rory Gallagher To The Sultans of Ping’.

“By the end of this colourful and deeply respectful book, a portrait of the city and the quirky talents it produces emerges, giving you a new found respect for the place and its distinctive inhabitants.” – Irish Voice (New York City)

Mark McAvoy, a fellow UCC graduate, is the author of the acclaimed book, ‘Cork Rock: From Rory Gallagher To The Sultans of Ping’. The book explores the history of rock music in Cork since the 1960s, and is a must-read for fans of blues, punk and alternative rock music. McAvoy released the book in 2009 to critical acclaim, which prompted a new edition to be published later this month.

While the first edition provided a thorough account of Cork rock, the new edition brings even more history (and music) to the pages.

“This new edition covers all 12 chapters. I listened to a lot of feedback on the first edition of the book and went back to it to finalise different parts of the chapters. There’s more information about, for example, why certain bands broke up. I finalised more stuff about different venues, and there’s a small bit more on pirate radio. There’s also additional photos that weren’t in the first edition.

“The book is structured in quarters. For example, some chapters are focused on Rory Gallagher’s various bands, while others are focused on Finbarr Donnelly’s. Each chapter title is named after a Cork rock song that reflects the events taking place in that chapter.”

As well as furthering the account of the history of Cork rock, the book includes biographies of artists such as Rory Gallagher and Finbarr Donnelly. By adding and fine-tuning further details on their rise, the new edition has even more to say about their stories.

“The first part of the book can be determined as being the story of Rory Gallagher: his rise, and what happened when he broke out of Cork, and eventually onto the international stage.” “The second part of the book focuses on Finbarr Donnelly, who emerged in the punk era in Cork. He was from Belfast but moved to Cork to escape “The Troubles” at the time. He introduced that quirky sensibility that began to come across in Cork music, which came at the start of the punk era. It then spread to the alternative music of the nineties, where you have The Sultans of Ping. Finbarr’s first band was called Nun Attax. Nun Attax would have been influenced by bands like The Residents, who were an American band, and The Damned, who were a British punk band. Nun Attax started as a band in secondary school, and eventually evolved into another band called “Five Go Down to The Sea?”. Nun Attax would have played in Cork a lot whereas Five Go Down to The Sea? would have played more outside of Cork, in Dublin and London. At a time when Cork was an economic mess, people had to get out of there to live a modern life.”

As McAvoy says, the context surrounding such Cork musicians had an existential influence on their musical lives. The effects of the economic climate were ever-present, and music fans across Cork used music to escape its bearings.

“In terms of youth culture and music fans being in Cork, the cultural context would have been post World War 2. This was when American music like Blues music became a part of youth culture. It was escapism for kids in college and school. That era was dominated by blues music, and “wanting to be somewhere else”, as such. That’s exactly what Gallagher did when he left Cork and went to Belfast, London, and the rest of the continent. His story parallels with the Donnelly story, when Donnelly went to London and toured up and down England. The economic climate of that time had a massive bearing on those guys.”

However, Cork had yet to face the highs and lows of its future economic climate. Such a climate would go on to have detrimental effects on its musical core – a core which had been nurtured by Cork bands for years. This was a primary influence for McAvoy to commemorate the history (so far) of Cork rock. “I was motivated to write the first edition of the book during the early noughties, around 2003, when a lot of Cork venues disappeared during the Celtic Tiger. They were bought by property developers and demolished – “Sir Henry’s”, for example. They were literally bought and shut down. It was really sad because they meant a lot to people from all the various generations. There was no memorial, monument or even plaque put up to acknowledge their existence. I felt a little angry about it, really. So, I took it upon myself to try and document everything that I could. The Rory-Gallagher-era, Cork-based musicians would have mainly been in their sixties at the time, when I talked to them, so it felt like a “now-or-never” moment.”

Despite Cork’s ever-developing culture, one must wonder if new bands are as prevalent as they were before the start of the century. Does the growing influence of popular music, as well as the closing of old venues, hinder the development of young bands?

“Music is always progressing in Cork. One thing I will say, though, is that when recession hit places like Liverpool, the authorities stepped in. They helped young people in certain ways, like supporting arts centres and publicly-owned venues. However, during the last recession in Cork, there was no attempt made by authorities to cushion young people from its effects. We lost even more venues as a result of that. There were late bars where you could play, but it’s not quite the same thing, because people go to late bars for all sorts of reasons. If there’s any music playing there, people can be kind of oblivious to it. At least with perfectly built venues, you know that everyone who goes through the door are dedicated music fans.”

It would seem that the history surrounding Cork rock and its current culture differ in many respects. However, there’s no doubt that the electricity of Cork rock is still alive amongst new bands. To conserve such energy, according to McAvoy, young bands should imitate the development of Cork bands from years back.

“If you want to play far beyond Cork, you have to get to the stage where you can financially make that move.

“In the past, bands used to build up a groundswell of support. They would sell records and use the money to fund a campaign for a record deal in Britain. Some just moved there altogether and took their chances, in the hope that a big record company would take them up. Nowadays, there are a lot less people in their late teenage years, or early twenties, compared to the past. That’s definitely a problem, because if there are less people in that age bracket, it’s a lot harder to grow a fan base. However, people have the internet, nowadays. That’s the main way for bands to get out there. By selling stuff directly to people on the internet, bands now have a way to build a fan base.”

‘Cork Rock: From Rory Gallagher To The Sultans of Ping’ is published by South Bank Press. It is available everywhere in paperback and on Kindle. 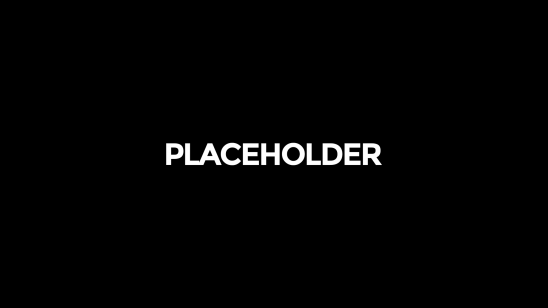