Our Feature and Opinions Editor Liz Hession sits down with writer Danielle Mc Laughlin about her work and her newly appointed position as UCC Writer in Residence 2018-19.

Each year, UCC’s English Department appoints a Writer in Residence. The role is designed to provide a writer with a unique opportunity to develop their practice in a university environment while giving members of the university community the opportunity to engage with a practicing writer.

This year’s incoming Writer in Residence is Cork-based short story writer and novelist, Danielle McLaughlin. I sat down with her ahead of the academic year to discuss her career thus far, and her plans for the year ahead, and beyond.

Writing professionally was something that Mc Laughlin was always interested in, but she didn’t engage with her craft professionally until later in life, following many years working as a solicitor in her own legal practice: “I came to writing relatively late, it was a mid-life career change [and] it wasn’t a planned one. I became ill quite suddenly, and I had to stop working. While I was ill I began writing and I never went back.” It was 2009 when she begun, and now she is completing the edits on her first novel.

In the years since, Mc Laughlin has experienced much success. Her short-stories have featured in the Stinging Fly magazine, the New Yorker, and the Irish Times, as well as various anthologies, and published her own collection, Dinosaurs on Other Planets, in 2016.

Mc Laughlin first became interested in the short-story genre in 2010, when she went to the Cork International Short Story Festival: “I was blown away by the festival and the short-story writers whose work I encountered there.” In those early years, Mc Laughlin says she “usually kept to around 2,000-3,000 words, that having been the submission requirement of most journals and competitions at the time” – “my own voice as a writer only developed when I allowed my stories the space they needed, regardless of word count. I notice that the voice of my flash fiction is very different to the voice of my longer short stories; my flash edges closer to poetry”.

Since then, Mc Laughlin’s style and writing interests have fluctuated. In her stories, she is often “interested in exploring characters who find themselves at a point of crisis in their lives, and who struggle to make sense of the spaces they inhabit and the people they share them with”.

Considering Mc Laughlin’s short but fruitful career thus far, I was interested to hear of her style and how she begins her writing process; how her work starts as an inspired interest and develops into a finished product. Jokingly, she admitted that she would describe her writing style as “slow”.

“It takes me a long time to complete a story – they tend to shape shift as they go along, and I need to do a lot of drafts to get them right. I’m also a messy writer, in that my writing process is very tangled. Typically, a tangle of material will eventually after a large number of drafts divide into a number of different stories.”

“I like to arrive, longhand, at a point where I think I know the shape of the story. The thing is, this shape will inevitably keep shifting as I write further drafts”; “even thirty or forty drafts in, I find myself making major changes of character or plot. One of the reasons I keep all my drafts is that nothing is ever wasted”.

I wondered, if when starting a story intended for a collection, would she consider a certain thread or general theme to run throughout? Not necessarily, Mc Laughlin explained. Rather it is usually others who read her work and acknowledge certain commonalities: “The number of dead animals in my stories has become something of a joke, for example”. Elsewhere, her stories “tend to regularly feature psychological alienation, compounded often by geographic alienation, and our struggles to know other people.”

Danielle herself is a graduate of English and Irish from UCC and has another degree in Law. Considering that her new position as Writer in Residence is rather a return to UCC in many ways, I was intrigued to hear of what projects Danielle will embark on this year as part of her new role.

“I’m interested in the intersections between law and literature, between law and writing”. Her most recent project, Counterparts, published by The Stinging Fly Press, is an anthology of work by writers who are also lawyers.”

During her residency, she is interested in exploring “ways of strengthening links between the writing community and audience that has built up around Fiction at the Friary, and writers and readers of fiction at UCC”. Fiction at the Friary is an event that takes place on the last Sunday of every month from 3-6pm at the Friary Bar, North Mall. The event features readings and interviews with invited guest authors, optional writing exercises, an open-mic, and a free raffle for books donated by the Munster Literature Centre – “it’s a free event, and everybody is welcome.”

One of Danielle’s primary interests subsequent to her writing is to foster courage in those who might find it difficult to access Irish writing communities, despite their passion and interest, such as those in Direct Provision – a project she endeavours to undertake with Melatu Uche Okorie, a writer who spent eight and a half years living in Direct Provision, and whose collection of short stories This Hostel Life was published earlier this year by Skein Press.

Danielle will be teaching on the MA in Create Writing during her residency and plans to host a series of creative writing workshops for students and staff of the college. 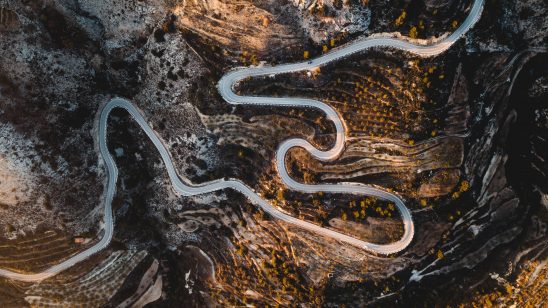 The Power Of Uncertainty 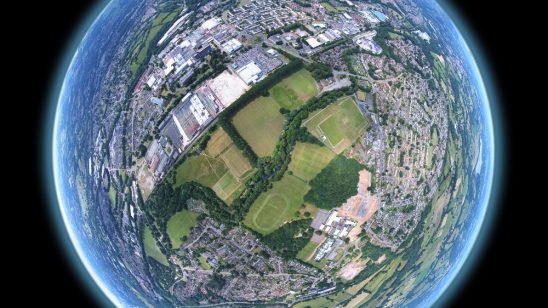 “Do You Speak English?”