Start spreadin’ the news – Emer Cronin looks back on a summer spent in the world’s most iconic city.

Of course, the first thing we did was get lost on the subway. When we did eventually roll our six tonne suitcases outside the Bowery Grand, the round-eyed excitement that had characterised our expression leaving Shannon that morning had melted to a harrowed grimness. After leaving JFK, we’d stepped confidently onto one of the sterling subway carriages, swooped through Brooklyn, and chugged North through the length of Manhattan before understanding we needed to be ‘downtown’, as an impatient passerby generalised to us. A few “Emm… Excuse me…”s later and we had found our start-off lodgings, complete with fifteen steps leading to the lobby, thrown in to place the final jewel on the thorniest of crowns. A New York welcom
e, if any.

Work consisted of selling bus tour tickets to fellow tourists on Times Square, an entertaining irony. Times Square, glamorised worldwide, soon lost its shiny novelty and showed its true incandescent colours as New York’s nexus of dirt, consumerism and tourist exploitation. I learned that there is no angle too acute to selfie, no tourist too tight to sell to, and that Robert, aka the Naked Cowboy, had a narky side if he thought you were trespassing on his turf. Working in Midtown you quickly get to know the area, and I soon found sanctuary from the hysteria of Times Square just three blocks down in Bryant Park. Known worldwide as the epicentre of New York Fashion Week, the rest of the time Bryant is a cube of lunching yuppies, picnicking couples and spill-over tourists wandering from the cool marble of New York Public Library, which backs the grounds.

Disappointed that I didn’t spy Anna Wintour clip-clopping the area, my nose for fashion brought me to SoHo. Notable for its quieter, diluted tourist infiltration and buildings of stone which absorb less temperature, New York Bo-Bos would flock here to shop on Spring or Prince Street, beachy hair revealing weekends spent upstate in the Hamptons, Tori Burch woven bags swinging in tow.

It is in the neighbouring Greenwich Village where the grid-structure of Manhattan somewhat unfurls. The Village is a chunk of meandering cobbled streets with shrubs and trees respected by pedestrians; the neat brownstone townhouses of the world’s wealthiest first-percentile broken up by restaurants and hyper-speciality stores. The Village has rich cultural heritage, where right-dominated minds of past and present combine to externalize their art. Here, Bob Dylan and Lady Gaga started out musically, their fingerprints greased into the mic of ‘The Bitter End’ Bleecker Street, while Edgar Allen Poe quille
d his landmark poem ‘The Raven’ while living in this district many eras prior. Warhol and his selected posse would be drawn between parties of the up-and-comers residing 10 minutes away in Hotel Chelsea, and the big-namers renting flats in the Village.

For those foodies out there, NYC won’t disappoint. New York is a city populated by the do-ers and the dreamers, the money-hungry and the loners. Over my 3 months there I came across less than 10 people who could claim they had grown up in Manhattan, and the restaurant industry reflects this. Aside from a few staple restaurants smattered across Midtown, the best bet for food choice is the East Village. A str 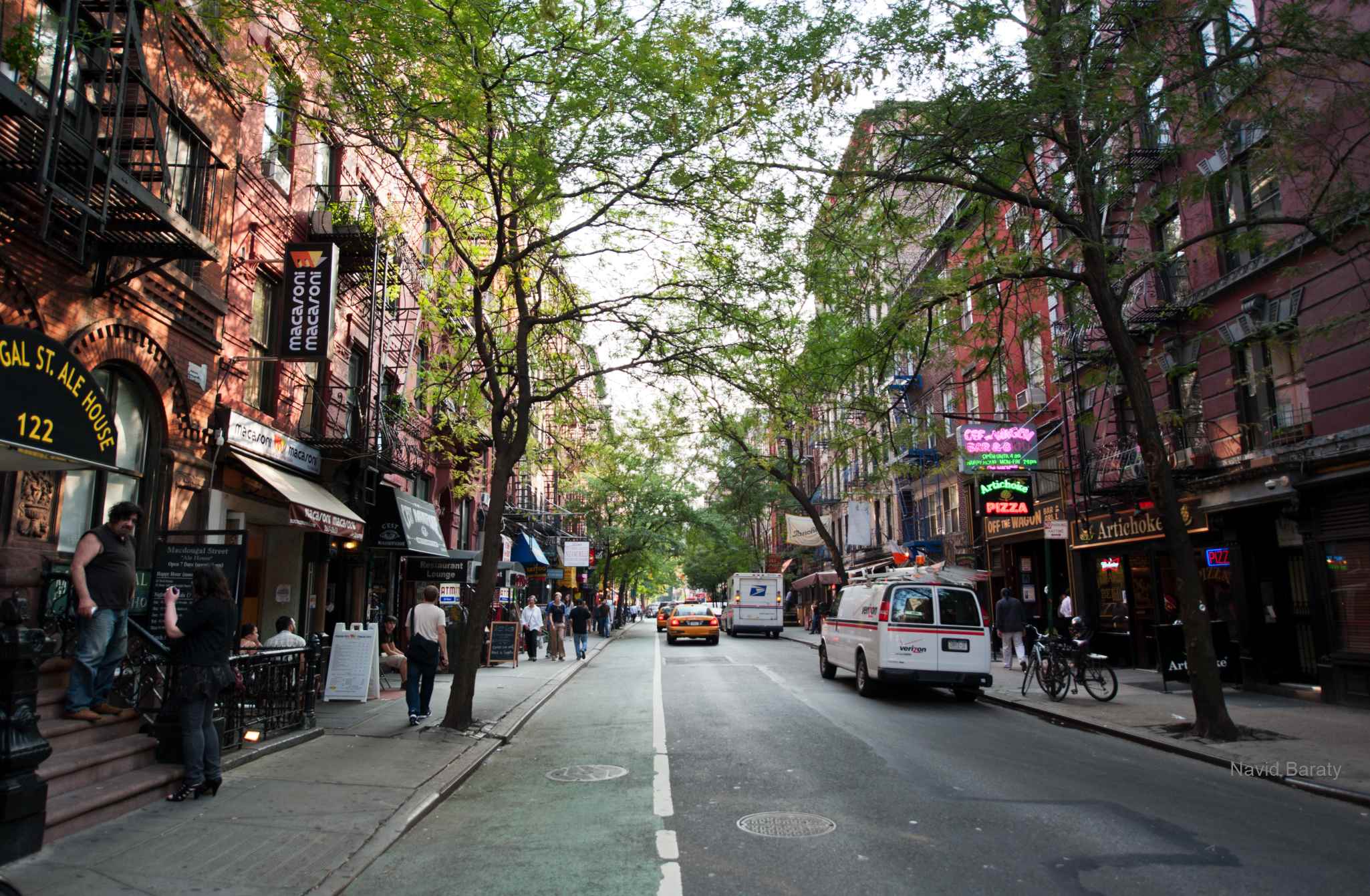 oll down Avenue A will have you inhaling the souk-ish spices of a Moroccan café, or the sizzling scorch of a Chicagoan smoked steak. The laid-back café society of the day would then transform to a sparkly nightlife in after hours, providing revellers room to accommodate their dancing, singing and, in curious cases, underwear party needs.

I spent exactly 84 days in the sleepless city, and each day I met a crazy person, a busy person and a lost person. The crazy person evolved from the bizarreness of the city, the curveballs thrown at you and the specialness of having no day the same as the other. The busy person took form in the kinetic energy of the city, the thousands of people sitting on a subway, walking a block or yapping on the phone at any given second. The lost person taught me that there is absolutely no difference in the deadness of a vagrant’s eyes compared to the deadness of a tired Wall Streeter’s eyes.

Our final subway to JFK went seamlessly; we arrived with superfluous time to spare, now hardened New Yorkers. Through the patch of window I watched the kaleidoscope of pinks and purples set West behind the shadow of each landmark building I could now name without hesitation, the final send-off to what already seemed like a dream-like time.