Cormac Dineen becomes a fly desperately stuck in the dark web of online gambling, and all in the name of investigative journalism.

It was another horrible, rainy October night and I was doing what any person with little to no ambition or motivation would do – I was sitting on the couch, tickling my dogs and maniacally refreshing my various newsfeeds. All of the sudden, I was confronted with an advert for Paddy Power online poker, which I quickly proceeded to close. Fate however, had other ideas and in what can only be described as real life inception, Paddy managed to worm his way out of the advert and into my brain. All I could think about was playing that goddamn game, and so, never being a man to starve temptation, I downloaded the desktop app.

Paddy kindly advised me to gamble responsibly – sage advice as always from a company who’d more than likely give you odds on how many roast potatoes your Granny will eat at Christmas dinner. However, to Paddy’s great dismay, I didn’t heed the warning and with a few strokes of the keyboard, I deposited my very last Bruce Jenner into the account.

With that, I was ready to hit the tables. My heart was pounding, this was it, my ticket to the big-time. I clicked on ‘cash games’ and decided on a table with a two euro buy in, with blinds of one and two cent. You have to walk before you can run. Quickly surveying the scene, I can’t begin to tell you how blessed I felt to be sitting at a table with such esteemed poker players. To my left, TheRealOtto; on my right, Pahol12 – a household name. Opposite me sat IRINA70 and IAmTheMonkey. That left only two seats; myself, TheBigCheddar, and my arch nemesis Stalkerpro1965. The avatar depicted a young blond woman, but in reality she was a withered hag of 51 years, or at least that’s what I tell myself.

ng few hands I did nothing to change that. I saw my €2 slowly dwindle down to €1.20, and then, keen to test the waters, I decided to bet big on a pair of pocket tens. The flop came and went uneventfully and I went all in. Nobody would bite, one by one they folded. That is until it got to Stalkerpro. Obviously keen to suss me out, she stayed with me, and with a cash lead and a pair of sevens, she was right to do so. The rest of the hand played out without a hiccup however, and I took the win: a cool €1.40 profit. I wrote into the chatbox: “There’s a new sheriff in town.” No reply. Cormac 1, table nil.

In retrospect, I think my comment only served to rile up Stalkerpro, and from that point onward she really began to turn the screws on me. I kept myself afloat by shaking down Otto and IRINA, who were, in all honesty, disgracefully poor poker players. But every penny I won would quickly find its way into Stalkerpro’s grubby little pockets.

Within 45 minutes I’d lost some pretty substantial hands and found myself down to my last €4. Stalkerpro had found her rhythm. She’d gotten into my head, and that’s when errors start to creep into your game. I played a pair of sixes off the flop and everyone but IRINA folded. Assuming IRINA would stay true to form and make an unintelligibly bad decision I stayed with the hand and went all in. Bang! She pulled a king from the seventh hell on the last card and I’m down to €2. I could tell through the screen that Stalkerpro was somewhat aroused by my misfortune.

Stalkerpro represents everything I find repugnant about this world and losing to her was a bitter pill to swallow.

The last hand is a bit of a blur – all I can tell you is that after the river came out I had Jacks and sevens, with no higher cards on the table. It’s a hand that really should win; I go all in before the last card. It’s a five of diamonds and that makes three diamonds on the table. Stalkerpro has a flush.

I’m not going to say that the moment of realisation I’d lost was the worst moment of my entire life – but it’s hard to look past it. Yeah I’d lost ten quid and that was bad but I lost more than that, I had lost the battle between good and evil, between right and wrong. Stalkerpro represents everything I find repugnant about this world and losing to her was a bitter pill to swallow. If I’m the sheriff, she’s Bob-fucking-Marley.

I think it was Antonio in the Merchant of Venice who deemed the world: “A stage where every man must play a part, and mine a sad one.” At least now I can finally understand where he’s coming from. Exeunt TheBigCheddar, screen top right. 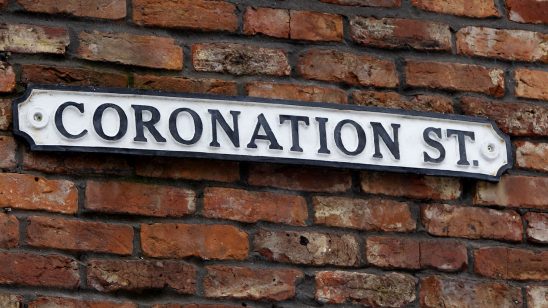 When Souls Become One: A Tribute to Roy Cropper 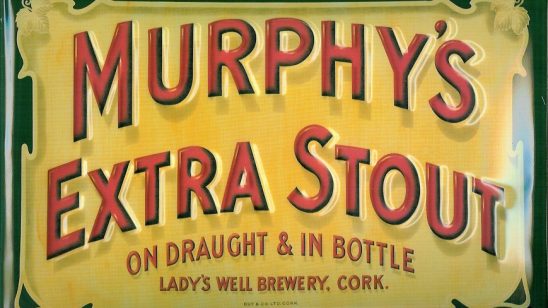 An Ode to… A Pint of Murphy’s