In November, UCC students voted in a campus wide referendum that told UCC’s Students’ Union to campaign on their behalf to repeal the 8th amendment of Bunreacht Na hÉireann. Ellen Desmond asks Colm O’Gorman, Executive Director of Amnesty Ireland, why this is an issue students should engage with in 2016.

Why do you believe that repealing the 8th is an issue students should care about?

There are those who say that they don’t understand why a Students’ Union should campaign on the 8th amendment. Why do you feel it’s a SU’s place to represent a diverse student body on such a controversial topic?

Well, it’s not for me to tell the SUs how to go about doing their own work; unions are well able to do that themselves, so that particularly isn’t for me to comment
on. But, you know, universities have always been a place of debate and discussion. Challenging conversations, very often, that people aren’t prepared
to have outside of universities, happen within these institutions. It’s vitally important that Student Unions are part of driving forward the kind of
conversations the country needs to have.
For the last 30 years or more, 40 years or more, people who spoke about abortion have been likely to be shouted down and called all kinds of things. This debate has been hijacked by those on an extreme end of the debate. We have to move beyond that. And I think Students’ Unions and universities have a huge part to play in that.

Do you think that the voices of Students’ Unions and student campaign groups are heard and respected enough to make an impact outside of a
university’s walls?

Well, look at the Marriage Referendum. Yes, of course I do; on every level. I think it’s both patronising and wrong, it’s ridiculous really, to see Students’ Unions as
some sort of incubation space for our future political leaders. As a matter of fact, I think it’s very often the other way around. I think the conversations
that happen within Students’ Unions, the USI and the leadership that we see from student leaders generally drives debate forward in this country and that’s, I think,
always been the case.
The Marriage Equality Referendum is an example of that. I know a lot of people talk about how that referendum was won by the youth vote. Well, I actually don’t agree with that. I
think it couldn’t have been won without, not just the youth vote, but youth activism; student societies and unions and what they did was an incredibly important part of the pubic campaign. So, it couldn’t have been won without students and that’s one of the most recent examples of the impact student voices can have.

How do you think that students who are passionate about this issue can best get the message across to political parties that they need to take a stance on this?

Tell them. Them repeatedly; loudly, clearly, forcefully. But respectfully. And be part of the conversation. One of the things that Amnesty are really eager to do, and I think we’re really seeing some impact, is to open up a conversation, rather than screaming shouting debates on this issue.

I had someone from one of the political parties say to me about six months ago, and this is someone by the way who would like to see a repeal of the 8th amendment and would like to have human rights compliant abortion law in this country, they said to me that this wasn’t an issue that either won or cost votes for their particular party. And whilst, they were in favour of progress, it wasn’t seen as an issue that people decided how to vote on.
Now, if that’s what politicians think, if that’s what they are hearing, then we need to change that. If 81% of people in the country want to see the 8th amendment repealed, want to see our laws changed, then the 81% are going to have to make it into a major political issue.

One of the things I have come across the most from speaking with other students is that people are conflicted about how far along in a pregnancy an abortion should be allowed. What would you say to these people?

I would say that in order to comply with their obligation under international human rights law, that states must ensure safe and legal access to abortion, for all women and girls, at a minimum in cases where there is a real substantial risk to the health of a woman, in cases where the pregnancies result from rape or incest or in cases of severe or fatal foetal abnormality.
But in ensuring access, legal safe access, on those grounds, the state can also impose reasonable restrictions, including gestational limits. That’s a matter for the state to decide, but essentially, it’s a medical question. It is reasonable for the state to decide that there should be gesticulation limits. But equally, if you allow a termination of a pregnancy in a situation where a woman’s life is at risk, do you apply gestational limits there? When legislating for something as complex as a medical intervention in pregnancy, law is not necessarily the best place to deal with this.

So, yes, absolutely, the state can put in place gestational limits, but for those to be written into a constitution is a huge issue. 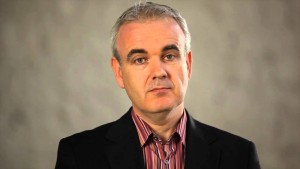 It’s an obscure one to answer, I’m not being careful here. It’s just that if the state for instance were to say that we’re going to apply a limit of 23 weeks or 24 weeks, so viability or no viability, well, viability can change. It can shift over time. And again, equally, does that mean in a situation where a woman will die without an abortion being performed that that then is the inevitable consequence of putting in a limit. So, deciding things like gestational limits, the state needs to be very careful that it doesn’t put laws in place that don’t allow doctors to advise their patients effectively and for women to be able to make their decisions in their individual case and exercise their own personal autonomy.

There’s also a lot of concern from those who are Pro-Choice that something worse may replace the 8th if it is repealed. Do you think that this is a possibility?

Think about what those consequences are: a brain dead woman who is clinically dead being kept alive against her family’s wishes, because she’s 15 weeks pregnant as her brain decomposes. And doctors having to go to court to get permissions to turn off life support. You know, effectively, a cadaver being turning into an incubator, it was obscene. So, putting in place provisions like this in a constitution, very often have, extraordinary consequences that aren’t seen at the time.

That is why it is our belief that this is not a matter that belongs in the constitution. As a matter of fact, we don’t believe that abortion should be criminalised, we think it’s crucial that it’s decriminalised. So we want to see the 8th amendment repealed; not replaced with anything. Just repealed.

In the recent case of the Marriage Equality referendum, a lot of people said had it taken place even two or three years ago, that they don’t think it would have passed as successfully – if at all. Do you think Ireland is in any way ready to repeal the 8th?

I think it’s absolutely the case that when you want to change the constitution, and I think that this is an important point, it’s critical that we respect that it’s something people take very seriously. So if we’re going to ask people to change the constitution, we have to do the work, to both convince people that that’s necessary and to work through and address any concerns that people have. So, it takes time.
In the same way with the Marriage Equality referendum, had it taken place five years ago, I don’t know what the outcome would have been. If it took place next week, or next month, or next year, I suspect it might pass by an even more overwhelming majority. That’s the nature of progress.
Are we ready for a referendum to repeal the 8th? Yeah, it’s beyond time. The government now, and all of the political parties, should be committing to holding a referendum as soon as possible. We have work to do, yes.

Abortion is a very different issue to the question of if you will allow two people to marry regardless of their gender. But some of the same issues arise.

The fact that some people will hold very principled objections, an idea that will very often be based on religious belief, that needs to be respected and engaged with. It’s a complex issue, but 81% of people say they want a framework in this country that would absolutely require an appeal of the 8th amendment. So we have work to do, but I would hope to see an referendum on repealing the 8th amendment secured and won within three years.