Current affairs editor Hassan Baker met with Professor James Bowen to discuss the conference on Israel and Palestine to be held in UCC.

The conference titled ‘International Law and the State of Israel: Legitimacy, Exceptionalism and Responsibility’ has been organised by some UCC professors to be held on UCC on the 31st of March to the 2nd of April. Motley met with Professor James Bowen to discuss the conference, a Computer Science lecturer and one of the organisers of the conference.

The aim of the conference:

“The conference is very timely because if you’ve been keeping track of the headlines for the past few months, many of the issues that have been in the headlines have got to do with international law”

There has been a mist of controversy shrouding the conference. Claims have been made that the conference’s aims are to delegitimise the state of Israel, but these claims seem to either be gross misunderstandings or propaganda of sorts. Professor Bowen explained that “the aim of the conference is to consider the state of Israel and the state of Palestine in the context of international law, ranging right across through the history of the state, from its very foundation, up to today.” 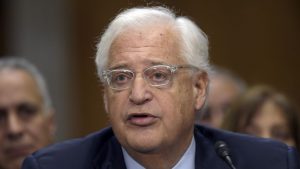 The reason behind this conference might not be clear to some who are unfamiliar with the conflict, but as Professor Bowen explains, “In fact the conference is very timely because if you’ve been keeping track of the headlines for the past few months, many of the issues that have been in the headlines have got to do with international law. For example, Donald Trump nominated his new ambassador to Israel, a fellow named David Friedman, just two days before Christmas. In fact it was the same day that the United Nations Security Council passed a resolution underlining that Israeli settlements in the West Bank have always been illegal under international law, and are still illegal under international law. On that very same day, a few hours after the vote, Donald Trump appointed as his ambassador to Israel, David Friedman who for years, has been spending money supporting the construction of a settlement called Beit Tel, just a few miles north of Jerusalem”

In an attempt to keep the conference fair, the discussion will include the legitimacy of the state of Palestine, and the conference will have pro-Israel speakers; “there’s two of them and actually we did invite more than two, but most of them have refused to come.”

Professor Bowen went on to explain why there are only two pro-Israel speakers at the conference; “One strategy that pro-Israel apologists like to use is they like to say ‘that’s one sided’, and one of the ways they try to make it one sided is by preventing pro-Israel speakers from participating. And in fact, one of our pro-Israel speakers, a Jewish professor from England called Geoffrey Alderman, has told the media [the Jewish Chronicle], that he has come under substantial Jewish communal pressure not to participate in the conference. Because part of the aim is to make things appear one-sided.”

“The pressure on Southampton came from the highest political levels.”

“In Southampton what happened was people who are afraid to have Israel discussed in the context of law and tried to have the conference prevented. There was some high level political pressure put on the University of Southampton to find some way of banning it. They couldn’t actually ban it and say we can’t talk about this, because that’s in contradiction of academic freedom. So the way they decided to do it was to pretend that there was a security threat. “

The only opposition in Ireland that Professor Bowen is aware of is the Israeli Embassy. However he says that they are not aware of any other contacts that have been in touch with UCC and they have requested to see this information if it exists. “We are not aware of any communications, to UCC asking for the conference to be banned, from any organisations or persons based in Ireland, other than the Israeli embassy”

Professor Bowen believes that Ireland has a stronger stance on academic freedom as well as a higher level sympathy with Palestine. He went on to explain why Southampton’s conference was stopped; He stated that the chairman of the Board of Deputies of British Jews “was reported in the Jewish Chronicle as saying that when they met the vice chancellor, which is like the president, of the University of Southampton, they were told that the University of Southampton was looking into various means of trying to prevent the conference. They were look at legal means, and he didn’t actually say what that meant, and they were looking also at using health safety.”

“We haven’t yet had a reply as to what those dangers are. We haven’t seen any threats. I’m not saying that there are not any, but we just don’t know what they are.” 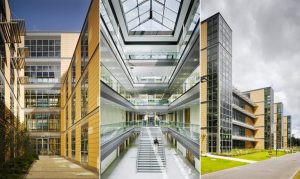 There has been number of issues regarding this conference that have been misreported on. Issues such as the cancellation of the event, which Professor Bowen said never happened. “The conference is definitely going ahead by the way.” The first two days will be happening on an off campus location, which has already been selected but will be disclosed in a press conference on the 27th of February. The third day will be held in Western Gateway Building on the Sunday of that weekend.

These claims of propaganda are very much evident when reading through pro-Israel articles or blogs regarding both the Southampton conference and the UCC conference. An example of this type of propaganda can be found in an article titled Corked. Ben Dor’s anti-Israel ‘circus of hate’ comes to UCC in Ireland. The first line of which reads “Corked is a word that defines something special turning rotten.” As a student of UCC, reading into the article, it’s interesting to see UCC talked about in this manner. However, criticising a University for practicing free speech is not amusing. Academic freedom is a cornerstone of education, and expecting UCC to give into insults such as “the hate fest, the venom, the anti-Israel activism posing as academic thought, the deception, the rush to be top of the ‘Israel hating’ pile”, is outrageous. Even if you are pro-Israel. Having said that, the UN has pretty much legitimised this conference’s existence, in ruling that the Israeli settlements are illegal under international law.

Recently a notable event took place in Trinity College on the 20th of February. Trinity’s SOFIA (Society For International Affairs) had scheduled a talk to be had by the Israeli ambassador. However Students for Justice in Palestine held a protest on the day of the event, which led to the cancellation of the talk. This protest, on the pro-Palestine side, compared to the opposition towards the conference to be held in UCC, can be seen as two sides of the same coin, in regards to free speech, and academic freedom.

This contrast between the groups that support Israel and those that support Palestine is in itself, a very small and minute representation of the issues and conflicts that occur in the region. Hence, having this conference go through is vital, if only to start a discussion and to clear the air of confusion. 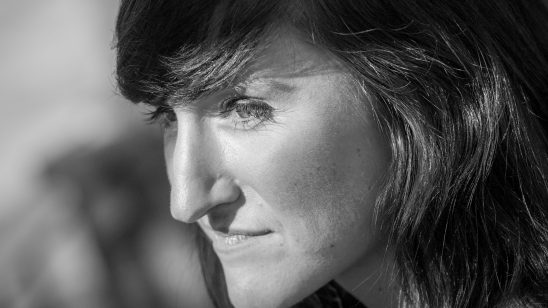