On the 25th of February, UCC students took to the Quad, sacred ground, where no one treads for fear of failing their exams, and camped on it.  Why was this? To protest a proposed 3% increase in rent rates in UCC student accommodation. The occupation had to be terminated on the 12th of March due to the Covid-19 pandemic. Before this, Motley’s Niamh Browne took to the Quad to get to know the students who endure sub-zero temperatures, copious amounts of pot noodles and the fear of failing their exams, for affordable housing. These are the people of the quad. Why are you occupying the quad: I think it’s a disgrace that they have decided to increase the rents for students here in student accommodation by 3%. This is a lot, not everyone can afford this. I know people who live Castlewhite and stuff and their parents pay for their accommodation, but at the same time even if their parents do pay for their accommodation, it is a lot to ask. Accommodation can go up to 800 a month, which is ridiculous because you only have a room, at that price you could afford an apartment in a small town in Ireland for the same price. The most important thing for staff members in college is ensuring our education and the only way to ensure that is that we are in the right mindset. We need to have a roof over our heads and to be able to fully pursue our own education.

Ultimate snack to survive camping on the quad: Instant Ramen or chocolate digestives from Lidl.

Message to Patrick O’ Shea: Patrick O Shea, we love you but at the same time, this madness can’t happen. We are students, we love UCC. I think it’s an amazing college and it’s given me so many opportunities to study, but this has to stop. Why are you occupying the quad: Frankly, it’s disgusting what the college is trying to do increasing rent prices, 19% over the last 3 years. Legally now, it can only be increased by 4% but even that is going to be ridiculous over the next few years. Cork City is going to end like Dublin in terms of rent prices which is going to be absolutely ridiculous.

Ultimate snack to survive camping on the Quad: €2 packs of Doritos from Siopa beag are pretty good.

Highlight of the Quad:  Honestly, just the fact that we are with likeminded people who understand what’s going on. It’s a nice chill atmosphere. We’re all helping each other out.

Message to Patrick O’Shea: Now, I don’t want to use any terse language. So what I will say is just cop on for god’s sake you egg of a man.

Message to any student considering joining the protest: Do. Why are you occupying the Quad: I’m actually staying in Victoria Lodge so that’s why I am here. I’ve stayed there for the past 4 years and I’ve seen the prices go up a thousand euro since. When I started in first year it was around five thousand, now this year I’ve paid a tiny bit over six thousand for the exact same thing. I get the grant, but the money I get doesn’t even begin to cover it. Next year, I have decided I am getting a house. My sister is in college as well and our household is struggling. Susi just really isn’t enough. We’re both working and it’s really hard to make ends meet.

Biggest challenge in occupying the Quad: It’s really cold, I have to wear about 7 layers just to be ok.

Message to Patrick O’Shea: Please listen to us. I don’t want to spend weeks out here. He has a very good job now and he’s probably getting paid very well, but he has to think back to his own youth. Even his own friends, how hard it might have been for people at times to get by and live in college. Studying: A masters in business economics.

Why are you occupying the Quad: I am here because I believe in solidarity with my fellow students and also my girlfriend who is the education officer would be very mad at me if I stay in her bed instead of in a tent. If I lived any further away from this college I would not be able to afford it. I relied throughout my undergrad on the Susi grant. I came nowhere close to reaching the Susi grant for the postgrad, the qualifications for that are much lower. So skirting by a lot in terms of money. If I wasn’t from Carrigaline I certainly would not have been able to attend UCC. I don’t believe someone should be forced out of going to a third level institution just because they’re not able to afford it.

Lowpoint: It gets a fair bit cold and I am not fond of that. I am constantly wearing three layers on my legs and chest at all times.

Message to students considering joining the protest: They’re more than welcome. They can always get onto the Student’s Union to see if there’s space in current tents. If they have their own tents, they can get onto the Students Union to see if there’s space to plant them down. I’d say it’s a lovely atmosphere at night. There’s certainly a surge in people when the New Bar closes, there tends to be about 50 people around here at that time. It’s a nice atmosphere, just people chatting to each other having a grand old time and being very unhappy about the price of accommodation. Why are you occupying the Quad: I myself when I tried to move out couldn’t find any accommodation that was affordable. I am from a low-income family myself and I just did not have the resources to move out. Also, I have had friends that have been so desperate to find rooms that I have provided them with accommodation in my house. But the fact that it has come to this kind of level is not acceptable. It is just not accessible, it’s inadmissible that all the rents around here are 550 plus per month. For students from other countries and counties. One of my friends was supposed to have her semester abroad in China but it was cancelled due to the coronavirus. So she had to come back to UCC, but they only told her two weeks before the semester started. So she had to stay with me for a while. Fortunately, she has accommodation now, but the accommodation is super expensive. She’s an international student, so it was a huge expense. A student’s priority should be their education, not where they are staying.

Highlight of camping on the quad: I love how willing everyone is to do it. (As she speaks a local business arrived with a tray full of sandwiches) Speaking of which, everyone is so willing to help.

Message to  Patrick O’Shea: In a very cheeky way, I would ask him to put himself in our shoes. We don’t make 20k, 40k a year, we live off our parents, we have grants, student loans, it’s expensive as it is. We don’t have funds for placement or our year abroad. On top of this, raising up the rent. It’s just not feasible. 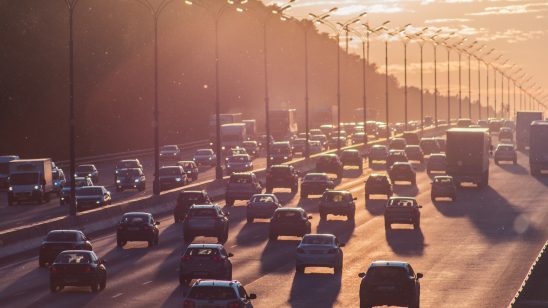 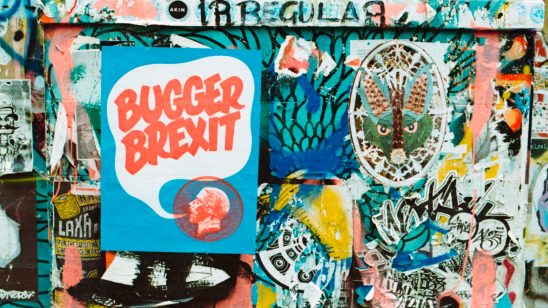 Brexit: The Dates, Delays and Deadlines