World-renowned author and recent UCC Graduate Rick Riordan talks with Alana Daly Mulligan about studying in UCC, the power of mythology, the upcoming Percy Jackson series on Disney+, and the politics of writing in the YA stratosphere.

For over two decades, the reimagined world of ancient gods and their progeny in our contemporary present have been puppeteered to life by New York Times bestseller Rick Riordan. With his unique mix of modern, mythical and humorous writing, he has made characters like Percy Jackson and Magnus Chase part of our generation’s popular imagination. Riordan sees mythology as the skeleton of all human consciousness: it is what remains, and that’s what drew him to the Online MA in Gaelic Literature at University College Cork’s Department of Irish.

Riordan’s ancestors were Corkonians, and during his time undertaking the MA in Gaelic Literature, he had the opportunity to connect to his roots. Riordan says “connecting to one’s past is a powerful experience. It makes the old stories more real, more immediate and relevant. It has helped me have a better appreciation for where I come from, and how the experiences of many generations have affected who I am and how I fit into the world.” He explains that his connection to his Cork heritage has made him reconsider the interplay between place and character: “So much of who we are is about where we come from. Cork, I must say, is a marvellous place.” We in Motley heartily agree, of course.

Citing its unique flavour, sensibility, and mystery in comparison with other mythological traditions, Riordan found himself attracted to the rich and complicated Irish mythological landscape. “Our stories are filtered through so many layers across so many centuries, we can’t be sure what pre-Christian Irish beliefs looked like. On one level, that’s frustrating. But on another level, it’s rather freeing to know that people have been forced to interpret and reinvent these stories for as long as they have existed, and there is no ‘pristine’ version. That fact in itself seems quintessentially Irish to me.”

In the process of understanding Irish literature and mythology, Riordan found the most eye-opening part of his studies to be the history of the Irish language and its transmission over the centuries. His complementary and thoughtful response to Irish resilience being “remarkable” would make anyone who claims this island as home proud.  “It’s really amazing that we have anything left at all to study,” he tells me. Riordan also spent time in the Ring Gaeltacht in County Waterford when he visited and found that learning Irish gave him a much better appreciation of why Irish storytelling is the way it is, as Bearla no as Gaeilge. “There’s an old proverb: ‘When you gain a new language, you gain a new soul.’ And I do believe that. Language shapes our thought process and speaks volumes about what cultures value and how they think of the world,” Riordan explains. But has this new view of the Irish language and culture impacted the way Riordan plans on telling stories going forward? While it might be too early to tell, Riordan praises the lyricism, humour, and flexibility of the Gaelic storytelling style. As a longtime fan, I was curious to know if Celtic Gods and demigods are alive and kicking in a reimagined Hill of Tara (obviously relocated to Cork at the top of Patrick’s Hill). Again, Riordan’s lips are sealed for now, but his first full novel on Irish mythology is in the works and he advises us to stay tuned.

Another project Riordan and his wife Becky are undertaking is the highly-anticipated Percy Jackson series with Disney+. Many fans of Riordan entered his stories through the Fox-produced Percy Jackson film franchise in the early 2010s. The films have been infamously panned by fans of the books and Riordan himself for the lack of faithfulness to the original source material. With the wants of fans at the forefront, the Riordans, through Mythomagic Inc., are maintaining oversight on the new TV show. When asked why he was going down the big-screen adaption route again, Riordan felt he now had the power to make a faithful adaptation happen, something he did not have when he initially sold the rights to Percy Jackson in the early 2000s. He explains with the shift to streaming, Hollywood has become a boomtown for content creators, meaning the new deals being brokered give writers more leverage that they previously didn’t have, including Riordan. “Personally, I couldn’t care less about Hollywood. I am not starstruck. It has never been a dream of mine to do TV or film. I’m a ‘book guy’.  I wanted to spend the next five years studying Celtic cultures at Harvard, not making TV shows. Nevertheless, I’m pleased to report that we’ve assembled some really good teams around the projects we have going. I am learning from them, and hopefully, they are learning from me. It’s going to be a long, difficult process, but I’m guardedly optimistic we will have good results to show for the efforts. When? That I’m not sure of yet.”

On a closer timeline, Riordan’s first short story about Celtic Mythology My Life as a Child Outlaw, retelling the boyhood deeds of the hero Finn Mac Cumhaill, will feature in The Cursed Carnival & Other Stories, due for release in September 2021. The anthology, edited by Riordan, also features the voices of his Rick Riordan Presents imprint, which aims to continue the tradition of mythic reimagination by supporting writers from other cultures. For him, the imprint is about giving something back and uplifting other writers, particularly those who have knowledge of traditions Riordan is an outsider of. “The most powerful thing about watching these stories come out is to see the reactions of the young readers. It is incredibly meaningful for a young person to see a hero on a book cover who looks like them, and even more powerful to see that the author looks like them! It makes those youngsters feel valued and included in the community of readers.”

This is not the first time Riordan has championed diversity in his work. People of colour, LGBTQ* folks, and individuals with disabilities two decades ago rarely found themselves fairly represented in the realm of young adult writing. Now, they find their identities, bodies, and stories increasingly politicised and weaponised by writers either to sell books or sell their ideas. But Riordan has never seen character-building like that, treating his characters with sensitivity and humanity while also being willing to learn and move with their stories. “There are many different types of people in the world, but as a wise host of mine in Gaeltacht put it on my last visit to Ring: ‘We’re all God’s children.’ I do believe we have more in common than we have differences.” On making new readers feel safe in his stories and laying down common ground for people of all backgrounds to connect to his characters, he tells me he feels a responsibility to be as kind and respectful to his readership as possible. “I always model my author’s persona on my teacher’s persona from my years in the classroom. One always has to recognise that the classroom contains many different kinds of students, and it is my job to try to make them all feel welcomed, accepted and included.”

Of course, the reality many young people grow up in is quite different from the kind of world Riordan promotes. Violence, fear, political instability, and a lack of social support means young people are being brought up into a world divided by adults. Regarding the polarising political environment in the United States, I ask Riordan about how he manages the responsibility of remaining bi-partisan without losing his beliefs as an author: “I have strong personal feelings, but I have learned the hard way that it’s better for me to take a positive public stance and promote the kind of behaviour I want to see in the world: acceptance, kindness, openness, dialogue. That’s not easy, mind you, when the world is so divided. Sometimes I do not feel like being kind to people whose views I find repugnant. But if I can get kids from all kinds of families to read my books and perhaps learn to be a little more open to people who aren’t like them, then I think I’ve done a greater service to the world than yelling at the “other side” on social media.” To follow through with our spirit of connection, we invited Rick to hang out in New Bar for €4 cocktails (blue ones, of course), and pineapple pizza. While he didn’t quite swear on the River Styx, we’ve high hopes of a UCC reunion post-pandemic.

Many thanks to Professor Pádraig Ó’Macháin in the Department of Modern Irish for connecting us with Rick and Becky. If you are interested in learning more about the online MA in Gaelic Literature, visit the website here. 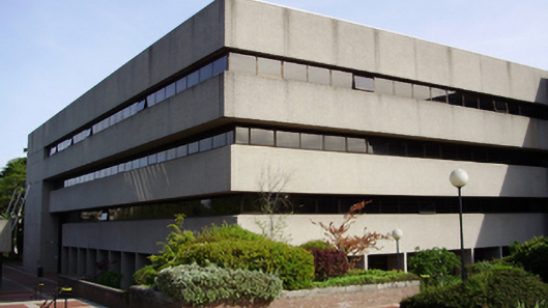 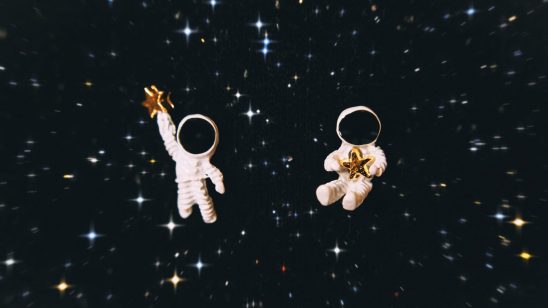