Performance-enhancing drugs and anabolic steroids are the long-standing euphemisms used to describe cheating in elite sport. This phenomenon used to be exclusive to elite athletes, but is now filtering through every social strata, and most worryingly, to teenagers. Current Affairs Staff Writer Conor Daly reports.

Sports science and nutrition have made huge changes to professional sport over the last decade or two. If you compare the Munster Rugby team today and the one that lifted the Heineken Cup back in 2006 or 2008, the contrast is stark. Not only are players bigger now but they are also fitter and leaner. There are few clearer examples of this than front row forwards occasionally staying on the pitch for full games now, an impressive feat and one which shows the performance levels of the modern professional athlete.

These advancements however, have not discouraged some competitors from trying to get ahead through less than fair practices. One of the most impressive aspects of elite sport is the fact that it is, for the most part, a level playing field. The quality and fitness of an athlete are, genetics aside, determined by their training and commitment to their respective discipline. And yet, performance-enhancing drugs remain a plague to sport, notoriously so in athletics and cycling. We continuously see individuals in the upper echelons of their sport use steroids as a means of getting an edge over their opponents, which has the potential to mar the enjoyment of watching events for spectators. When watching a 100m final for example, how can you be sure that the athlete who won legitimately did so? There is an element of trust involved in being sports supporters which is why it is so disappointing to see the same name in a headline months later being stripped of their title for doping.

The World Anti-Doping Agency (WADA)  has stringent measures in place to ensure athletes who infringe upon their rules receive the necessary sanctions. Anyone who watched Bryan Fogel’s 2017 documentary Icarus will know that these restrictions have their loopholes. In saying that, these protocols have been tightened and since the exposition of the sophisticated Russian system for evading negative tests, Russia was banned from international competition for two years. Russian athletes have now been granted permission to compete at the Tokyo Olympics but will do so under the name and flag of the ROC (Russian Olympic Committee).

Christian Coleman, the 25-year-old American sprinter, was recently banned for two years, meaning he is set to miss out on the next Olympics. His ban is not a result of a failed test, but rather three missed tests over a twelve-month period. His progression to the top of elite sprinting was one that many athletics fans were excited about. He was seen as a real potential challenger to Usain Bolt’s records and someone who could be a contender for Olympic gold in Tokyo. Bolt’s records now appear all the more incredible, as many of his closest competitors and team-mates over the last decade or so have all been banned for doping or missed tests. Justin Gatlin, Tyson Gay, Yohan Blake, Nesta Carter, Asafa Powell and now, unfortunately, another new name is added to that list.

Using steroids to attain an Olympic gold medal is one thing, but teenagers using it to attain what is perceived as a gold standard body is concerning at the very least. In the case of young men, adding additional testosterone to a body that already has fluctuating hormones is a danger to the health of the person themself but also the people around them. This increased level of testosterone does help to build muscle but it also has been shown to increase aggression.

The use of performance-enhancing drugs at the level of elite athletes is frustrating, maybe disappointing. But, young people injecting themselves or taking tablets to attain a so-called “perfect physique” is alarming. In relation to testosterone, taking this in the form of steroids poses a risk to male fertility, while other anabolic substances can thicken the blood and increase the risk of heart attacks and potentially heart failure. Just this month, CNN reported on a new study that points to the long-term impact of taking testosterone, potentially leading to low sperm count, erectile dysfunction and also organ damage. The use of protein shakes is legal and even more popular among young athletes and gym-goers. In saying that, the risks do not diminish because you can buy it in a high street store, as long-term usage of these substances can also potentially lead to kidney damage.

A documentary by Reggie Yates back in 2015 highlighted the extent of steroid usage among the general population and the extreme actions young men were taking to mirror the physique of elite athletes. The episode entitled “Dying for a six-pack”, shone a light on dangerously obsessive fitness habits, the people behind the production of these steroids, and also a case where the side effects from these substances were a cause of a young man’s death.

As with any social issue, education is the first step. The root of this is based on societal insecurities around body image and overly competitive sporting environments: it is much more than just understanding the potential health risks of taking steroids. Young people need their mental and physical health to be put ahead of sporting achievement and ripped physiques. The reason elite athletes look the way they do is because training and competing is their full-time job and they have every necessary resource to be at their peak performance. Putting pressure on young people to emulate these individuals while also being in school, college or employment is completely unrealistic, and our expectations need to be tailored to meet that reality. 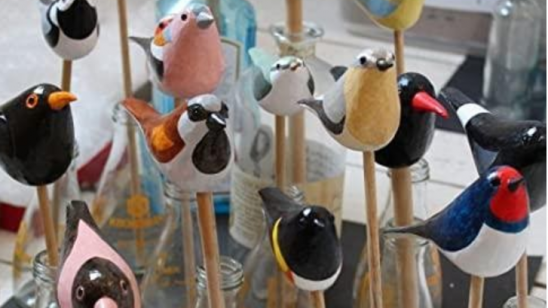 The Resonance of Sara Baume’s Handiwork During Lockdown 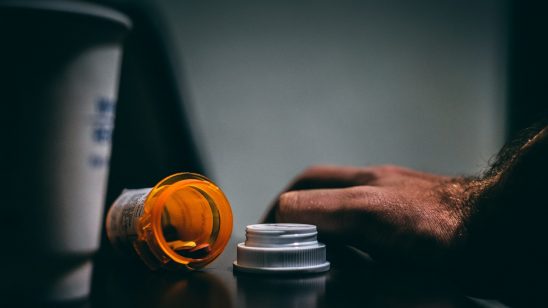