In light of changes to current advertising legislation, May Weber talks to Motley about the impact of photoshop on the mental health of individuals, particularly young women.

A recent ruling by the Advertising Standards Authority (ASA) in England may signal a change in the social media culture that pervades the lives of most people on this planet. In the case, the ASA concluded that using filters when advertising a tanning product “misleadingly exaggerated the effect the product was capable of achieving”. According to the ASA, merely stating that a filter was used will not necessarily be enough to avoid falling foul of new rules. This decision is a welcome first step in today’s influencer age since digitisation may have adverse health effects on people, including psychological harm. Though some doubt remains as to whether or not social media use is linked to increased unhappiness, the following research would suggest that photo-altering technology has a negative impact on self-esteem as a result of repeated exposure to manipulated images.

The specific technologies discussed are Photoshop and in-built filters on sites such as Snapchat and Instagram. These allow tweaks to be made before a picture is uploaded and features often include the removal of perceived skin imperfections and slimming of body shape. A study by The Economist reported that Instagram had a negative impact on body image according to the 14 to 24-year-olds surveyed. In the social media context, photo-altering technology can have positive effects such as freedom of self-expression or creative expression. However, it would appear that the overall impact is a negative one.

Jonathan Haidt, a social psychologist, found an increase in mental health problems in teenagers starting in 2011 to 2013. He found that the number of girls per 100,000 that were admitted to hospital for self-harm was stable until 2011. It then increased by 189% in young teen girls (aged 10-14.) Suicide rates followed the same trend. The figure for older teen girls (aged 15-19) increased by 70% and for younger teen girls (10-14) by 151% compared to the figures from 2000 to 2010. Haidt finds that this turning point correlates with social media becoming widely available on mobile devices. This generation was the first that started to use social media in middle school (11-13 year olds), with the full ramifications of this still yet to be seen. Dr Richard Kreipe, a specialist in adolescent medicine, says that the number of patients with EDNOS (Eating Disorder Not Otherwise Specified) has almost doubled nationally (in the US). EDNOS, as defined by the NHS, is when an individual “meets many, but not all, of the criteria for anorexia or bulimia”.

People in Britain aged 14-24 reported that they believed platforms such as Facebook, Instagram, Snapchat and Twitter have “detrimental effects on their wellbeing”, and studies have found that this effect is more pronounced among “frequent users.” Instagram is a particularly egregious example. The tracking app Moment found that 63% of its Instagram users who spent approximately an hour a day on the app reported being miserable. In an interview with the Economist Open Future initiative, Matt Haig, author of ‘Notes on a Nervous Planet’, told them that “Instagram’s problems are to do with self-esteem, body image and comparing yourself to other people…” This statement is supported by the findings of a study published in the Journal of the American Medical Association which suggests that “use of YouTube, Tinder, Snapchat, and/or Snapchat filters; basing one’s self-worth more contingent on appearance…increased social media investment and the use of Instagram photo filters and/or VSCO photo editing applications were associated with increased consideration of cosmetic surgery.” As such, it can be concluded that social media has an effect on self-image and in turn, photo-altering must also have an impact.

In 2016 Instagram described itself as “a fun and quirky way to share your life with friends through a series of pictures. Snap a photo with your mobile phone, then choose a filter to transform the image.” This ability to “distort the reality depicted in the photos with options to manipulate photos via editing and filters”  becomes problematic in trends such as “thinspiration” or “thinspo” and “pro-ana” (promoting anorexia). These trends encourage the idea that being thin is best and much of the content uses Photoshop to ‘inspire’ people, primarily young girls, to lose weight and achieve the standard of beauty they idealise.

Additionally, it may not be obvious to users that many of the images endorsed on such pages are unrealistic. A cursory glance at the subreddit ‘r/Instagramreality’ shows that many people are not aware of how a picture has been edited until it is pointed out. This is the true danger of photo-altering. When done on the scale that it is today, it changes people’s perception of what the real human body looks like. When photoshop is used to blur out skin texture, exaggerate curves or pinch waists, it “normalises inhuman standards of beauty.” Such practices are “warping people’s perspective of reality, whether that’s slimming down for women or bulking up for men.”  This is incredibly harmful as it “means that people will damage their bodies and their minds” in the pursuit of an image that is unattainable and/or unhealthy.

A Dutch study found that compared to exposure to original, unedited photos, exposure to edited photos of other people leads to lower “body satisfaction in adolescent girls…”. It is troubling that “even short exposure to unfamiliar peers in a research setting can lead to direct changes in body image”, and the cumulative psychological effect of seeing altered photos regularly cannot be underestimated. It was also found that the participants in that study were generally unaware that a photo had been edited.This issue is particularly pronounced on social media where people interact with and compare themselves to their peers rather than famous models or actors. The effect of comparing oneself to those one considers a peer, is much stronger than when comparing oneself to someone famous. Left unchecked, “more and more girls will think that being thin, with bones protruding in places they should not, is the healthiest alternative”

It should now be clear that the culture of eliminating so-called undesirable parts of a photo in order to achieve a certain standard of beauty is harmful to those exposed to such content, especially younger girls. While the ASA’s ruling may seem like a small step, it is a crucial one. It will apply to all social media influencers, celebrities and UK brands and when advertisements are required to disclose photo editing, it disrupts the idea that flawless, filtered skin and unrealistic figures are the norm.

Hopefully this decision will be followed in Ireland and that further measures will be implemented. Stricter legislation is already in place in France where “any commercial image that has been enhanced must feature a label of ‘edited photograph’, or companies face a fine.” Not only is this an achievable goal, but with the advent of new technology it is also a necessary one. Some filters now enable the editing of live footage via filters that slim and perfect your body on camera. Such technology is only going to become more sophisticated and, in turn, less detectable. 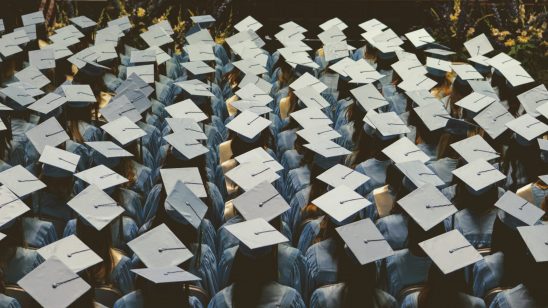 Begin Belong and Become at UCC 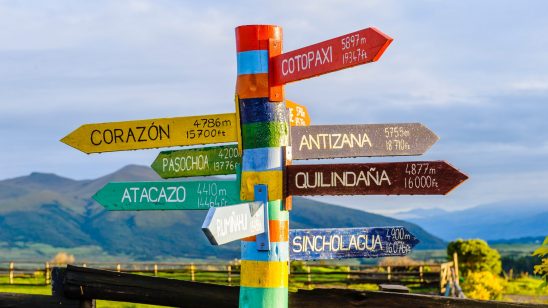