“Why in the name of God is there a man standing in the Chambers of the US Capitol wearing
goat horns?” To answer that, I pose another question: “Why does AOC always wear red
lipstick?” From insurrection to Lady Hale’s iconic brooch, Emer O’Sullivan weighs in on the
gendered hypocrisy of fashion in politics.

Back in semester one (cue the “which feels like a century ago” joke), I had the privilege of witnessing a holy Trinity of a UCC societies event. “Fashion in Politics”; was a collaboration online event organised by GovPol involving Fashion Soc and Fem Soc. Indeed, it was your conservative uncle’s worst nightmare. Fashion itself has become a hot topic as of late, what with sustainability becoming the new sexy. The average girlo began turning their heads away from stockings stitched in Sri Lanka to bucket hats found at the bottom of bargain bins in the local Barnados charity shop.

2020’s bigger and meaner sibling 2021 is already causing havoc. Last week I ordered a pair of Docs online and since then the capitol has been stormed, Ireland has (somehow?) topped the world figures for Covid, and Trump has once again found himself stuck in a peach. In the last few weeks we have witnessed a near civil war kick off. A familiar scene from November 2020 began to reappear in my kitchen and it looked like this: an infinite supply of coffee
long past midnight and the pixelated faces of Wolf Blitzer and Anderson Cooper on my television screen. In the aftermath I found myself asking, “why in the name of God is there a man standing in the Chambers of the US Capitol wearing goat horns?” To answer that, I pose another question: “Why does AOC always wear red lipstick?” The answer to both is to establish dominance.

Dressing the left and dressing the right is a strange concept, there are differences and similarities between both. Both try to establish that their ideology is stable and trustworthy, one which supporters should follow. Contradictingly, each side copies and emulates the other in order to achieve superiority. For example, Hugo Boss supplied the uniform for Nazi soldiers during World War II with soldiers wearing haute couture to appeal to a German public’s fashion sense. However, what would appear original was merely taken from the British example of Burberry supplying soldiers with Trench coats during World War I. The liberal suffragette movement adopted a “pure” style by choosing colours such as cream and white to allow themselves to be distinguished by their followers (also because white was
the most affordable colour of clothing) . On the other side, quasi-fascist Eoin O’ Duffy adopted a similar approach which was so effective it resulted in the very uniform becoming the nickname for the group, the Blueshirts. I would like to reinstate that these two groups have nothing in common politically, but the parallel of the pride invested into what they wore goes to prove the point, you are what you wear.

Different sides wear different clothes to appeal to their supporters. Kamala Harris wears Converse, big whoop. AOC wears an expensive pantsuit and UK MP Tracy Barbin wears an off-the-shoulder blouse. Each of these women have been criticised and outfit-shamed by the press. This is depressing yet unsurprising. Female identifying politicians have often been faced with the “she is a politician, not a model” argument which is both unnecessary and unconstructive. The underlying issue here is that because female politicians have more variety in what they can (or apparently cannot) wear and this is often critiqued to their detriment. On the other side, there lies the reality that if a male politician ever wore something traditionally feminine, they would also face backlash. However, this just reinstates that any criticism against an expression or form of femininity in the politisphere is just a mask for the true conservative argument that femininity (qualities or attributes regarded as characteristic of women) has no place in politics. To stir the pot a little further, insinuating that women have no place in politics if they dare venture outside of the staple mismatched three-piece suit.

To be clear, I am not suggesting that images of Stephen Donnelly wearing a leather mini- skirt two piece paired with kitten heels (okay, but imagine) would solve all of the world’s political quandaries. Not even Steve wearing six inch Louboutin’s could do that. As Irish politician Lorna Bogue once phrased it, working class female politicians get the most criticism for dressing nice. AOC faced backlash for wearing a bougie jacket a few months ago and the number one criticism that emerges was: “she dresses well, therefore she no longer represents the working class.” This is absolute nonsense. What is the alternative? Ordering a fast-fashion pantsuit from Boohoo who are exploiting workers in England? Thrifting an outfit from a charity shop and taking away affordable ethical clothing from families who
cannot afford anything else? A leftist politician being criticised in Congress for wearing a jacket she bought with her own paycheck by a rightist male journalist who wears expensive three piece suits everyday. Make it make sense.

On the other side of the Atlantic a similar style of criticism was directed at No.10 Downing Street. I remember being 16 and reading in the Daily Mail about how Theresa May was far more assertive than her only other female predecessor, yes, Margaret Thatcher. What did the Daily Mail base this argument on? May’s choice of necklace? Another headline read: “Thrifty Theresa May wears the same £250 necklace 21 times,” what on earth? Never have I
nor has anyone else ever seen a headline that reads “Boring Boris Johnson wears the same hairstyle 21 times”. It’s almost as if from the start of her political career, Theresa was damned if she did and damned if she didn’t, not based on how she ran her country but how she styled her outfits.

Another figure who found themselves under public scrutiny was Lady Hale, or as my Google results call her, “Justice Spider Brooch”. In 2019 Lady Hale handed down the Supreme Court verdict that Boris Johnson’s advice to the Queen that parliament should be prorogued for five weeks at the height of the Brexit crisis was unlawful. She did so with a smile that uttered “Deal with it, Johnson,” and while donning an absolutely gorgeous brooch of a spider. The internet went into a meltdown. Respected international media outlets such as the Guardian suggested that Lady Hale chose that exact brooch for that exact judgement. Conspiracy theorists suggested that it was symbolism for Greek Goddess Athena, the drama! Except Lady Hale responded to questions concerning the brooch and revealed that she had thrown it on that morning without a second thought to the colossal reaction she would receive. She stated that “people comment on women’s appearance much more than they comment on men’s”. Lady Hale is a judge, not a politician, yet one cannot help but notice the precedent this has established. That the every-day outfit will be analysed by the media as if it were a poem written by Sylvia Plath in their Leaving Cert English Paper. The point is all of the women I have mentioned actually did not wear anything revolutionary yet still managed to end up on the front pages of magazines and hot topics in the media. It is plain misogyny. To do so little yet be talked about so much is mind-boggling. And what is truly terrifying is that the only other male figure in the politisphere that we have seen receiving so much media attention and criticism as females, is Jake Angeli, a.k.a, the man who wore the goat horns in the capitol last week. 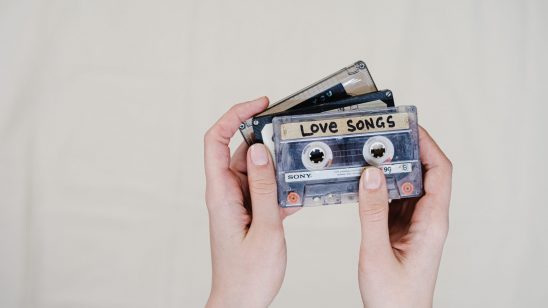 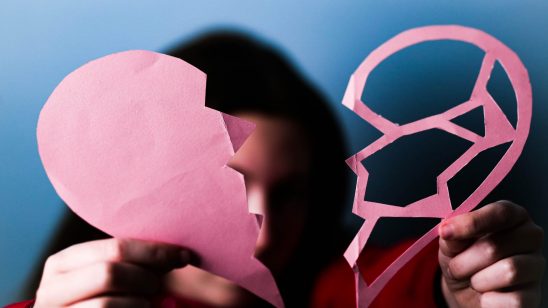 Swiping Right on Wittgenstein: Navigating Online Dating in the Era of Times Unprecedented