Kyle McCarthy explains recent developments in climate legislation and why he believes the government is not doing enough to combat climate change.

Just over one year ago, Greta Thunberg began a movement that on the 20th September saw millions of students unite, from the Pacific islands in the East, to the U. S. in the West, to demand one thing: that action be taken on the climate emergency. While the scenes of unity shown by the worlds youth were extraordinary, the response from political leaders was not. Many responded with the idea that the students should be in school, a response echoed by the UK education secretary and many other politicians who would prefer to ignore the big problems and instead focus on short-term election goals. In Ireland, we once again are faced an unresponsive government, who responded with the usual ‘’we fully support the protesters’ line. But what have they actually done to show they support us? In short, very little. In 2015, Ireland signed the Paris Climate Accords along with almost 200 other parties,  pledging to cut carbon emissions. Almost 4 years later, we have done the opposite. We are the fourth worst offenders for climate emissions in the EU. Our emissions have kept rising. Last May, after the Green Party surged back onto the scene taking council seats and 2 EU parliament seats, the Government suddenly produced a Climate Action Plan. One could be forgiven for only seeing this plan as a response to the Greens winning seats. Expert reports have consistently told us that the government needs to do more to achieve the deadlines we have to meet. These reports are routinely ignored. While Fine Gael must take some blame for this, owing to them being in Government through all of this, the other parties must also shoulder the blame. Fianna Fail, who props up this government, could force them to take climate action if they wanted to, but like most of our political system, they too have taken the issue of Brexit as an opportunity to ignore all our other issues (including climate change). Sinn Féin, while great at playing the game of criticising the government, have fallen short in terms of providing any actual solutions while the Green Party continues to be tainted by the policies that helped crash the economy in 2008, which led to years of budget cuts and austerity. Labour meanwhile, was definitively kicked out of government in the last election in response to it breaking so many election promises, which was too much for the electorate to forgive. Yes, our politicians have failed us in the face of climate change. That is a fact that is very hard to dodge. We have however made some progress: the Climate Action Plan, if fully implemented, is a step in the right direction, and the EU beginning to implement a single-use plastic ban is also a positive step.

A step in the right direction is no longer good enough though, we need a leap in the right direction. We need ambitious policies if we want our planet to survive and it’s easy to say in Ireland that we are small and make no difference. Everything makes a difference. In this country, it is time for the government and the opposition to sit down and actually agree on an ambitious plan to make us a green nation. We should be leading the way on climate innovation. Instead, we are lagging behind on all commitments. Saving our planet should not have to be an idea that is divisive or ignored, but right now it’s as if our house is burning down and the firefighters are more concerned with the cat in the tree than they are with putting out the fire. As Greta put it at the climate summit, politics as normal is no longer acceptable, and if our politicians keep failing us, we will never forgive them. The time to act is now. And the sooner the world and the Irish Government acknowledge this, the better chance my generation and all future generations have of not just survival, but of living in a better and fairer society. So act now. Keep protesting until the politicians listen to us, it’s our only hope. 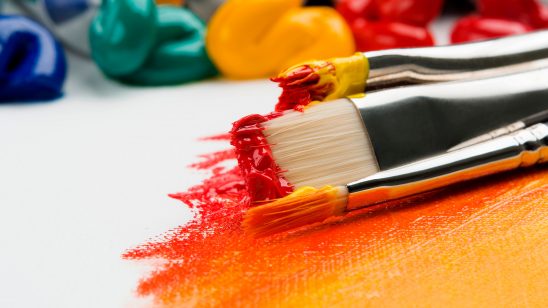 THE ART OF A FORCED SILENCE