Donald trump shocked the world by securing victory as president-elect on the 8th of November. He has not left the headlines since his surprise win and is the subject of endless discussion, not least because he continues the global trend of unpredicted right wing victories. He leaves a nation divided, supporters and skeptics alike are anxiously awaiting his first actions as the 45th president of the USA. Unexpected victories such as his have historically been captured on canvas by master painters. Here we will try and paint our own picture of what a Trump led government and nation will look like.

Trump has proven through his performance at debates that this lack of experience has left holes  in his knowledge. When questioned on his approach to the USA’s nuclear triad Trump answered the question by expressing understandable concern about “Some mad man going out and getting a nuclear weapon”, stressing that a nuclear threat is “one of the biggest threats our country faces”. Moments such as these are to be expected of every president, given Trump’s business centered background he will not have been extensively exposed to the US’s policies about nuclear weaponry. It does however raise the question, who advised Trump during his campaign and whose opinions is he basing his policies on? 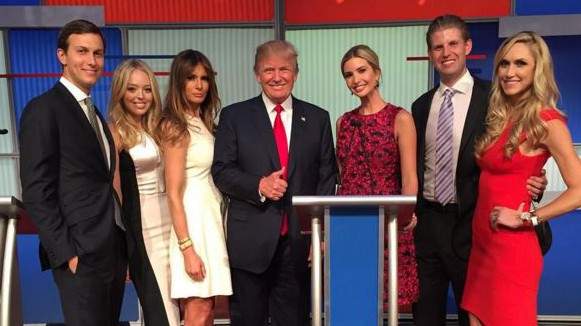 Trump has had three campaign managers, originally his campaign was chaired by Paul Manafort. After his resignation on August 19th he was replaced by Breitbart news executive Steve Bannon as chief executive and pollster Kellyanne Conway as campaign manager. Paul Manafort has a background very similar to Trump’s own, as the head of a family-run construction empire he dealt with clients all over the globe. Manafort however, also has extensive political experience. He achieved great stature in the 1990s by running successful presidential campaigns for Reagan and Bush. Manafort, much like his boss,  has attracted his fair of controversy and criticism. His choice to advise the Ukrainian president Viktor Yanukovych, considered “dangerously pro-Russian” has beens openly criticised by politicians for the last 10 years. Trump’s employment of such a strategist was a risk and attracted much negative attention, but he chose a manager with an undeniable track record of success.

Trump’s politics have always been a family affair, and his children have claimed the spotlight on many occasions during his campaign.  It was his son, Donald Trump Jr who cast the votes for the New York delegate which pushed him the 1237 requirement for nomination. His eldest daughter, Ivanka, played a key role in his campaign. She offered a unique perspective on Trump as his daughter and employee. Her biggest input in his campaign was broadening his appeal and focusing on female support. Ivanka emphasizes Trump’s capabilities as a role model and leader, she urged people to “judge him by his results”. She was also a denier of racism and misogyny relating to her father, claiming he is “colorblind” and that there are “more female executives at [her] father’s company than male”. Nonetheless when faced with evidence of her father’s history of crude and disrespectful comments and actions towards women her only answer offered was “my father is not a groper” or to avoid the question completely by walking out of the interview.

Trump’s background has been essential to his campaign, his celebrity status as a billionaire revives the idea of the American Dream for the disillusioned middle and lower class, which he has promised to bring back “bigger and better”. 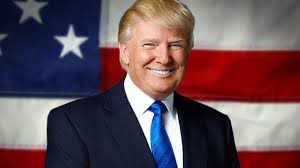 Despite a barrage of online criticism and ridicule Trump garnered public support, securing the position of president elect. Has he changed any of his views since the campaign? Yes and no.

In his first days after the results there was a significant shift in his rhetoric from divise hardline immigration policies to a campaign of “unifying the country”. There has been little discussion on the proposed border wall and arming Japan and North Korea, instead Trump has chosen to focus on trade and job creation. In a video released on the the 21st of November Trump outlined that his “agenda is based on the core principle of putting America first”. Trump’s focus is on ensuring that “the next generation of production and innovation will occur right here in our great homeland”. He hopes to achieve this by issuing a notification of intent to withdraw from The Trans Pacific Partnership, condemning it as “a potential disaster for our country”. He favours negotiating “fair bilateral trade deals which will bring jobs and industry back on American soil”.

Trump has been candid in his attitude towards the environment, having dismissed climate change as a “hoax” he is planning to “unleash an energy revolution”.  He will abolish “job killing” environmental protection restrictions and plans to re-establish Shale Energy and CleanCo, with the intention of creating “millions of highly paid jobs”. His attitude has not gone down well with environmentalists, Gene Karpinski, president of the League of Conservation Voters has pledged  that “We are going to keep in his face to make sure that he understands that the public knows that climate change is real and needs solutions. We’ll be in the Congress, in the courts, in the boardroom, in the streets organizing the broad public that supports action on climate change.”

Trump is avoiding any major controversy as he and his team go through the transitionary period and establish themselves in office. Once this period ends Trump faces the thornier issues of his proposed border wall and mass deportations, both of which will be challenged in Congress.

Bernie Sanders has promised the public “I’m not going anywhere” and will be on hand to oppose “any policies that promote racism, bigotry and homophobia”. Sanders however is remaining resiliently optimistic, assuring the public that on certain issues he and Trump share common ground. Sanders explains that “Mr. Trump has said he wants six weeks of paid maternity leave. Every other major country on Earth, I think, has at least 12 weeks of paid family and medical leave, but this is a start. We look forward to working with him if he is honest about that.” He is also hopeful that Trump’s construction background will be employed to renovate America’s infrastructure; “Mr. Trump says he wants to invest a trillion dollars in rebuilding our crumbling infrastructure…that is exactly what we should be doing, and we can create millions of good-paying jobs if we do that. Mr. Trump, that’s what you said on the campaign trail, that’s what we look forward to seeing from you.”.

Not everyone is so buoyant, the Southern Law Poverty Centre has recorded over 700 incidents of hate crimes since the election. This spike has included racist graffiti and swastikas being painted on New York Park benches as well as incidents of black freshmen college students in Pennsylvania University being sent pictures of racial slurs and lynchings. The 31% increase in hate crimes in new York has been primarily focused on African-Americans, Muslims and Jews, sparking fury among social activists.

Mexico have also expressed their dismay at the election outcome, Mexican president Enrique Peña Nieto has stated that his government have “no intention” of paying the $12 billion to build the border wall. Trump has threatened to tighten restrictions on Mexicans in America seeking to wire money out of the USA and implement a new system of mass deportation if his terms are not agreed to. Trump faces serious opposition to the wall in congress, democratic congressman Filemon Vela has warned him to take his wall and “shove it up his ass”.

Trump will officially take up office on the 27th of January 2017 when his real campaign will begin. His course of radical actions are set to begin on day one, as he promises to “bring back our country”. Americans in the twittersphere have named Trump as “The First President with balls”, to “ A self indulged maniac”, to simply “terrifying”. Will he make America great again? Time will tell.