As part of Motley’s celebration of International Women’s Day, we have delved into the rich academic life of our female teachers here in UCC. In this series some of UCC’s most impressive leaders pen letters to Mary Ryan, Ireland and UCC’s first female professor. Our fourth letter is by Dr Denise Gabuzda, representing the school of science engineering and food science – a section of academic discipline where women are chronically under-represented.

You came to mind recently because, although I knew you had achieved the rank of professor when this was still very rare for women, I hadn’t realized you were actually the first female professor on the entire island of Ireland – well done! Things have come a fair way since then, but have a bit more to go. I have been at technical conferences where I was the only woman among 50–100 participants – not a very comfortable feeling! I hope the young women getting their degrees now have a somewhat easier time of it.

I’m now coming to the end of my career. Reflecting back on my many MSc and PhD students, one stands out in my mind in the context of women in science. She referred to me as her “Mother in Science”, and once told me that it seemed to her that somehow I always seemed to know when she needed to be comforted and calmed, and when, on the contrary, she needed a bit of a kick up the backside. I can hardly think of a nicer compliment to receive as a supervisor. It is a wonderful thing when we can work in the field of our choice without having to suppress our personalities – I am definitely a bit of a Mammy.

I also realized that I’ve never talked to you about my own research. It will be an interesting challenge, as your work is so far from my own field – radio astronomy.

We now know that light is a wave of sorts, and the different colours of light correspond to different lengths for these waves. The longest light waves that our eyes can see are those for red light, which has a “wavelength” of about 0.000075 centimetres. There are light waves much longer than this, but our eyes can’t see them. Radio waves are actually light waves with much longer wavelengths – for example, the radio waves I study have lengths of a few centimetres. In this sense, radio waves are “redder than red”.

Radio waves can travel through regions of dust where light waves of the sort our eyes can see would be absorbed. This means that radio waves provide a unique view of the Universe around us, and can give us information about regions that would otherwise be hidden.

My own research focuses on radio waves emitted by distant galaxies called quasars. The centres of these galaxies are extremely bright, and it believed that they harbour extremely massive “black holes” – objects with such a strong gravitational pull that even light cannot escape. The large amounts of energy they give off are released when matter falls into the vicinity of these black holes. Sometimes, before it gets close enough to be trapped by the black hole’s gravity, this infalling matter is diverted into very fast outflows, which are pushed outward by the strong energy coming from the centre of the galaxy, forming “jets”.

I study the radio waves emitted by the matter in these jets, and my speciality is their magnetic fields. Much of my research at UCC has focused on searching for observational evidence that the jet magnetic fields have a spiral shape, like a slinky toy. This is believed to be the case on theoretical grounds – the spiral magnetic field comes about due to the combination of the spinning of the region around the central black hole and the outward flow of the material in which the magnetic field is embedded – much the same way you could get a spiral pattern of water flowing from a garden hose that is twirled around. One of the greatest achievements of my research group at UCC is that our radio images have firmly demonstrated the presence of such spiral, or helical, magnetic fields associated with these jets – the very first group in the world to do so. It may seem a bit “pie in the sky” to you, but I find it fascinating! 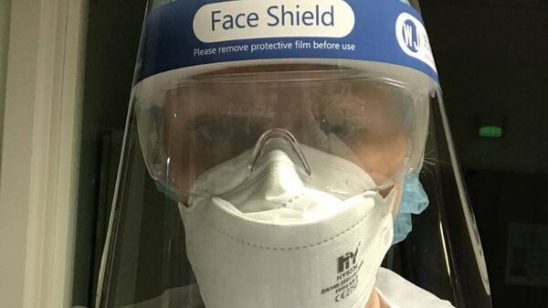 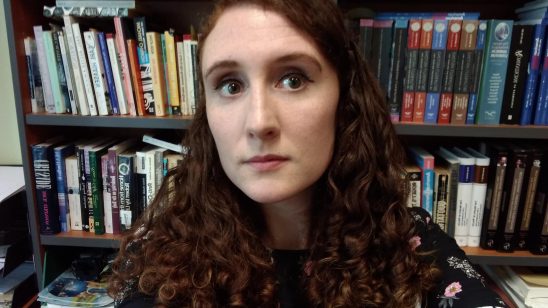