Features Editor Killian Down speaks to RTÉ presenter and documentary-maker Stephen Byrne on the issue that football has brushed under the carpet: homophobia.

My conversation with Stephen Byrne seemed to attract mention of the year 1990. The Irish sporting significance of the year needs no explanation, not even to the most ardent of footballing philistines. The summer of that year gave birth to anecdotes, embellishments and bolloxology that have kept lit a twinkle in the eye of every Irishman and woman ever since; the summer “the country shut down”, as the story goes.  The Irish soccer team’s exploits at that summer’s World Cup in Italy inspired a level of adoration and booze-lined celebration that serve as a fine microcosm for the passion brought about in fans by football in general. Italia ’90 is an example of why we are so enamoured with football, why we are so obsessed. It is fitting, then, that this was the year in which Stephen Byrne, himself a lifelong footballing devotee, was born.

1990 should have given the footballing world more than just the joy of a World Cup: it was also the year in which Justin Fashanu, football’s first black £1million signing, came out to the world as being gay. Yet, the girders that upheld homosexuality as a taboo in football were not so easily toppled. Fashanu died tragically by suicide eight years later; in the intervening twenty-seven years since his announcement, not one active professional player in the top four flights of English football has announced their homosexuality publicly.

Playing Straight is a documentary of moments, of quotes and images which outstrip their small dimensions in the power they pack.

It was against this dumbfounding backdrop that Stephen Byrne, best known as the male face of RTÉ 2’s teenage programming centrepiece TwoTube, set out to make a documentary exploring attitudes to both homosexuality and homophobia within football.

Playing Straight is a documentary of moments, of quotes and images which outstrip their small dimensions in the power they pack. “If you don’t like homophobic abuse, then don’t come to fucking football matches”; the briefest of moments within an hour-long feature, and yet the most resonant in its compact packaging. This line was the concluding note of a ninety-minute outpouring of homophobic vitriol courtesy of two spectators, captured a handful of months ago by a gay fan at a Brighton and Hove Albion match, who featured in Playing Straight.

Byrne, himself a spectator at the match, agrees when I put it to him that this singular quote seemed representative of the breadth of the issue of homophobia in football: “There’s the evidence, there’s the real evidence which obviously bleeds into the wider overall issue of why players don’t feel comfortable to come out, why young gay footballers may not feel like they have a future in the game, and also why fans might not feel comfortable to go support their team.”

Playing Straight made it clear that homophobia is not however only to be found chanting in the stands but lacing up on the sidelines.

One example of anecdotal evidence of homophobia amongst two individuals in a crowd is of course not conclusive in itself – unfortunately, the ninety-minute recording was a mere fleck amongst the tweets, videos and newspaper articles that Byrne was faced with as he prepared to make Playing Straight. In preparation for the meeting during which he hoped the documentary would be commissioned, Byrne made “a kind of vision board of all the articles in the papers over the last ten years that would, yuno, show what I was trying to get across which was the likes of the Sol Campbell fiasco where he was getting horrific abuse on the touchline from people saying that he had AIDS to the Ronaldophobia that goes on where people accuse Ronaldo of being gay… It was about 800 articles or something like that… and it just hit you in the face.” The documentary was commissioned within a day.

Playing Straight made it clear that homophobia is not however only to be found chanting in the stands but lacing up on the sidelines. One clip in particular seemed such an anachronism, one could only assume it was from forty years ago; and yet, there is Martin Tyler’s distinctive voice, describing the proceedings as Graeme Le Saux lines up to take a free kick. Standing fifteen yards away, Robbie Fowler turns his back to Le Saux and bends over, pointing to his own rear end. When Le Saux declines to take the free, Fowler again bends over, his backside pointed towards Le Saux, who had wrongly been pegged as being gay by fans. Finally, the referee breaks into a swift run – passing Fowler, he confronts Le Saux and produces a yellow card for time-wasting. Fowler receives no such admonishment. The Beautiful Game, at the highest level, in 1999.

While more modern examples of homophobic behaviour by those directly involved in the game abound (one instantly thinks of Andre Gray’s infamous tweet calling for gays to “burn and die”), the Graeme Le Saux incident is of particular interest; Le Saux now sits on the FA’s nebulous sounding Inclusion Authority Board, with equally nebulous sounding goals like instilling “confidence in reporting discrimination”.

It is exactly these individuals in positions of authority who are failing to instil confidence that they are making any practical attempt to exorcise the game of homophobia. One such individual with whom Stephen Byrne spoke with during Playing Straight is Simone Pound, Head of Equalities at the PFA. Their encounter was a noticeably tense encounter, as Bryne recalls: “I’ll go on record as saying she didn’t want to talk about it. She was scared, so scared. She knew there was a problem, she knew it needed to be addressed but once we got in there she was like, ‘please don’t hang me’. And all it showed was the absolute fear people have when it comes to talking about the subject”.

“It happens, like look at [chairman of the FA] Greg Clarke. When he talked about it in parliament he said that a gay player should not come out because he’d get abuse, [that] we have not done enough, ‘I am ashamed’. The media jumped on it – Chris Sutton wrote a big article on it and said why are you saying that they shouldn’t come out because they should… It shows why there’s that fear because once you say anything, the spotlight’s on you”.

What then needs to happen before the culture of homophobia on the terraces and the paddock changes permanently? I put it to Byrne that it seems that homophobia within football is locked i 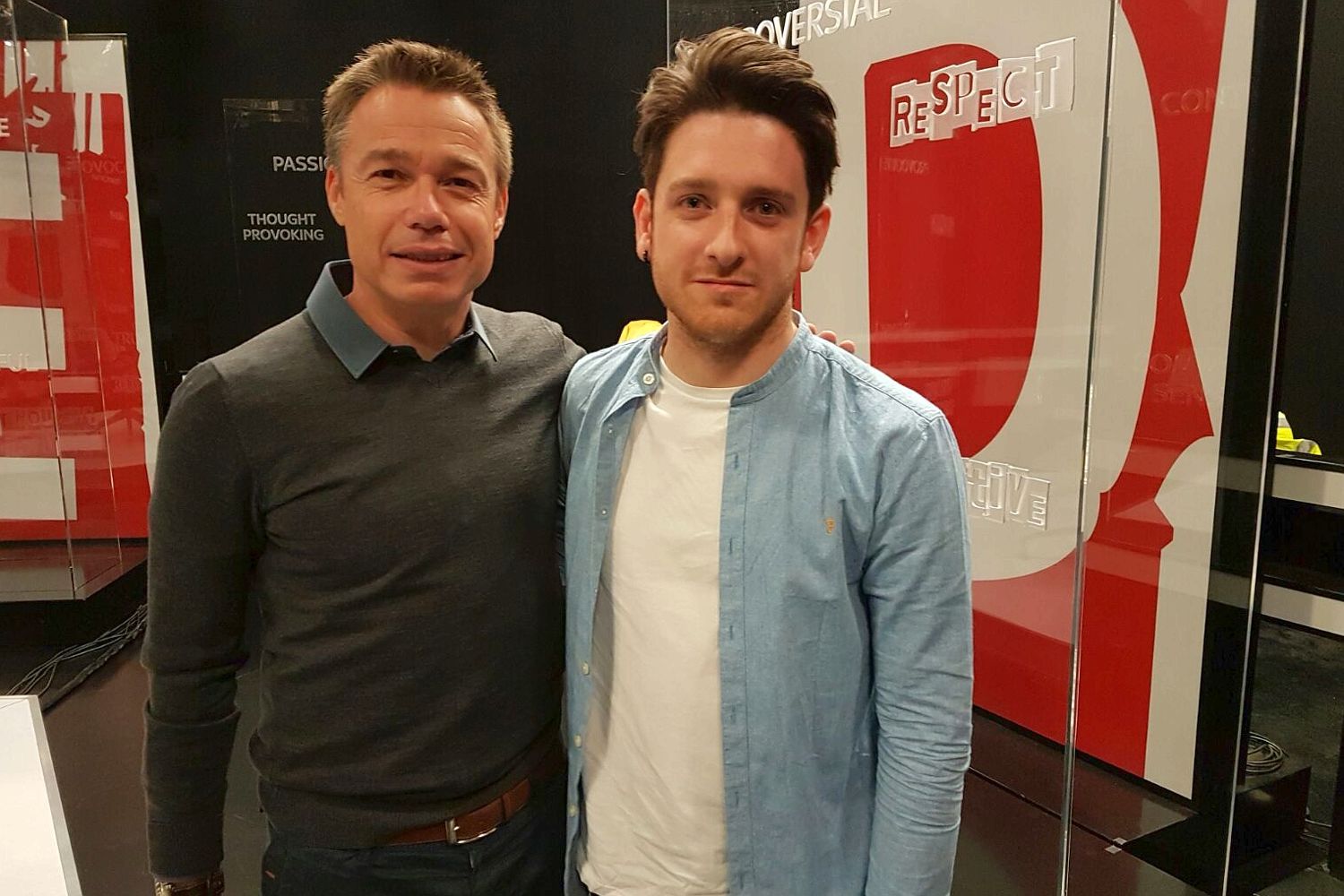 n an unfortunate cycle; a player won’t come out knowing the potential abuse he’ll receive from fans, and there is no impetus for a change in attitudes amongst fans without an example of a gay footballer to look to. “I think, to be honest, a player does need to come out. That’s the only way it’s going to change”.

Progress has been made, but in painfully small increments. Robbie Rogers, a player at LA Galaxy, has come out of the closet, but not before briefly retiring to make the announcement. The FA has begun handing out three year bans for fans found to have engaged in homophobic behaviour at matches. And yet, until footballing culture has been fully cleansed of homophobia, there will be those players and fans who share the sadness that Stephen Byrne felt as a teenager, a feeling that “something you pour your heart and soul and passion into doesn’t have a place for you”.