Ahead of it’s screening at the Cork Film Festival, Motley Editor-In-Chief Dan Webb takes a look at Ordinary Love, a film following a couple facing the hardest fight of their lives. Something that has always inspired me about cinema is the potential to tell incredibly raw human stories. As human beings, every single day we face different challenges that test us and force us to change in ways we never expected. It’s very hard to argue against the fact that the fight to beat cancer is one of the most difficult ordeals a person could ever go through. It is heartbreaking in that it not only affects the person suffering from cancer, but it also affects those around the person, family, loved ones and friends alike. Ordinary Love (Directed by Lisa Barros D’sa and Glenn Leyburn) is a film which deals with this incredibly difficult challenge that many people around the world face today, and it does so in an inspiring and utterly heartbreaking way.

The film follows Tom (Liam Neeson) and Joan (Lesley Manville) an ordinary couple living an ordinary life in the suburbs of a Northern Irish city. The filmmakers made the wise decision of introducing us to the couples normal everyday routine, which mainly comprises of them spending the day together jogging, watching television and eating dinner together. This sense of normality and comfort is completely shattered however when Joan discovers a lump on her breast and is subsequently diagnosed with breast cancer. The film follows Joan’s fight to beat cancer, and Tom’s fight as a loving partner who is forced to watch the woman he loves endure pain and suffering.

The casting in this film is absolutely superb. Lesley Manville is the star of the show, very effectively portraying a woman battling against great odds. Joan is an incredibly strong character, a person thrown out of the comfort of normality and into a situation under which many other people would be unable to cope. As the film continues, we follow Joan from her diagnosis and through the various stages of her treatment, the looming anxiety of the initial surgery, and the longer unpredictable challenges she faced during a course of chemotherapy. Manville is matched well by Liam Neeson’s Tom, a man who loves his wife but is forced to watch as her health deteriorates.  Neeson effectively plays a man who as Joan puts in the film “is at the end of his tether” showing the effects that long term-illness has on the patient, and family members alike. Manville and Neeson have got fantastic chemistry, thanks in no small part to the well-paced, thought provoking script from writer Owen McCafferty. McCafferty makes the wise decision to focus a lot of the film around the ordinary everyday conversations between Joan and Tom. It’s those small subtle moments of tenderness between the two that really help to develop them as characters. Moments of Tom trying to remain positive, and Joan suffering moments of crushing defeat help to further engage the audience in the fight that they are both going through. It also leads to a whole host of underlying emotions being subtly yet effectively conveyed. Moments of hope, anxiety, fear and resentment— these feelings are incredibly human, and having lost members of my own family to cancer, I can say with my hand on my heart that this film is incredibly faithful and realistic in its portrayal of such a devastating challenge which unfortunately any one of us could one day face. Visually the film is also stunning. Piers McGrail’s cinematography creates a great sense of claustrophobia around the two characters, helping to further emphasize the toll this fight is having on them as people. There are quite a few subtle visual references that help to further develop the plot and portray character motivations without even having to use language. Without spoiling anything, one of the most touching moments for me personally came when Tom’s fish, which he has been taking care of as if it were his own child up until this point, dies, and he is forced to dispose of the remains. What was striking to me about this scene in particular came not from the death of the fish, but from what it represents to Tom in context of everything he is currently going through and a past tragedy that Joan and he had already suffered in the past.

Ordinary Love in my opinion is anything but an ordinary film, effectively depicting the fight against cancer in a devastating but utterly inspiring manner. The film will be screened twice during the Cork Film Festival (November 7th – 17th) and for the chance to get to see such a fantastic piece of cinema ahead of its scheduled cinema release on December 6th, I would highly recommend checking it out.

Tickets are available from https://www.corkfilmfest.org/ many thanks to the team at Cork Film Festival for organising an early preview screening of the film. 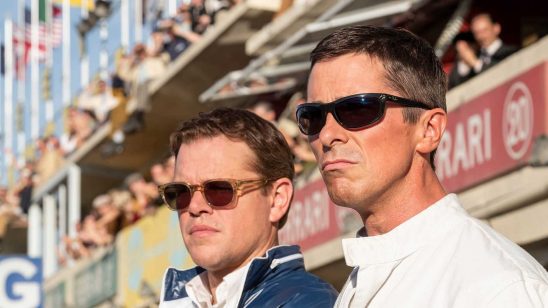 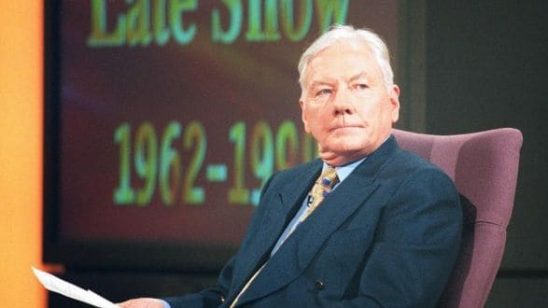 Gay Byrne: A Cautious Revolutionary Posing As A Clean-Cut Reformist