The 1975’s return to the 3Arena was yet another triumph, writes Julianne Power

The 1975 are a band who have long divided opinion. Very rarely does anyone come down in the middle with their stance on the Manchester born group, some viewing their music as overrated and pretentious, others considering it groundbreaking and potentially world-changing. NME has represented this conflict in a highly ironic way, gracing The 1975 with the Worst Band Award at their awards show in 2014, yet amazingly going on to award them the Band of the Decade Award in 2020. No matter what side of the divide people fall down on, however, the fact that they put on a spectacular live show is a point not up for contention, something they proved once again on March 3rd at their 3Arena gig.

Standing amongst throngs of predominantly young audience members (unsurprising considering the band describe themselves as ‘millennials damaged by the internet’), the atmosphere in the 14,000 person venue was palpable. Anyone who had seen them before was ready for yet another visual, lyrical and performative masterpiece, newcomers to the band seeming to pick up the sense in the air that something special was about to happen.

It was, of course, when The 1975 came out on stage that the real excitement kicked in, the room practically vibrating as the pre-show music cut off, and the lights went out. The iconic ‘The 1975’ song that opens each of their albums thumped through the speakers, the lyrics flashing on screen and the bass pounding through the crowd. The stage erupted into light, bathing frontman Matty Healy in shocking yellow tones as the concert kicked off with the suitably punchy People. The next two hours were filled with fan-favourite after fan-favourite, the group delighting original fans with debut album hits from 2013, including Milk, Menswear and fallingforyou. Unsurprisingly, the band’s Robbers, a non-single which has become something of a fan anthem since its release 7 years ago, was met with hysteria. The group even offered up two unheard songs from the upcoming album, Guys and If You’re Too Shy (Let Me Know), surprised to hear the crowd sing along as if they were old staples. Of course, they did not fail in providing even tag-alongs with something to enjoy, playing well-known hits such as Chocolate and Love Me, to the delight of those who only know the band from their regular radio airtime.

The standout element of the band’s live performances remained the same—Matty Healy’s enigmatic stage presence. Matty displayed his infamous energy and abundance of confidence, making his way through the 25-song setlist with ease. He donned his well-known rabbit hat and stepped aboard a flat treadmill stage strip for Sincerity is Scary, delighting with his out-there dance moves during every single song, and caused the venue to erupt when responding to the classic Olé Olé crowd chant with “Shut up—this isn’t a fucking Charlatans gig!”

The 1975 did not disappoint with the stage visuals either, the well-known boxes hanging over the stage, the large rectangles framing the band from three sides and the seemingly magic hole in the back of the stage all making a welcome return. Each song was accompanied with a different, equally intricate, background, ranging from the weird and the wonderful, such as the meme-overload of The Birthday Party, to the beautiful and sentimental in the nostalgic video camera footage of a young 1975 during Guys. Perhaps most striking was a Greta Thunberg speech, the crowd completely silent as her words flashed on the screen, the call for civil disobedience, for rebellion during this “ecological crisis” never more relevant, or impactful, than it is today.

The concert ended with a bang, Matty asking the crowd for one more bout of energy as the beginning of The Sound blared throughout the room. Not one person remained still during these last three minutes, the whole crowd moving as one, a sea of bodies all jumping in unison. As the lights went down the atmosphere remained, the adrenaline and the excitement. No matter what your opinion of The 1975 may be, to see them live is to experience the pure joy of a band who consider, and care about, every element of the live concert experience. 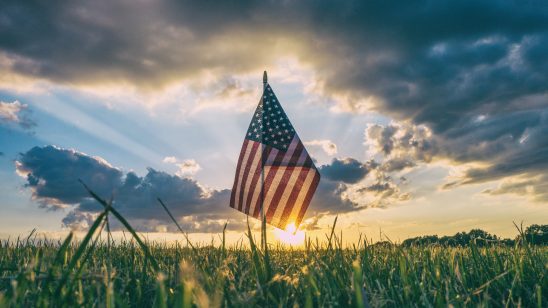