Ahead of their Grammy performance on the 15th of February, Robbie Byrne talks to Wolf Alice stickman and songwriter Joel Amey about his prolific songwriting ethic, scotch egg fracas, and 80s horror.

Blame it on watching Spinal Tap one too many times, but I’ve lived with this hair-brained belief that rock stars spend the AM in a skagged-out haze, after one too many the night before. So when Wolf Alice’s stickman Joel Amey fails to answer for an early morning interview, I revert to presumption.

Joel does eventually pick up, and a Monty Python-esque battle for apologetic top dog follows: “Sorry mate, I answered another phone thinking it was you, but my parents were on the end of the line.” Not so rock and roll, eh?

Lob any rock cliché at the London-based quintet and it will hurtle back at you. Miley Cyrus fans, avid bookworms and Simpsons nuts, this is a nineties-aping band that went to a nineties music quiz and walked out with zero points—hardly the stuff of a Rolling Stones biography.

But joining the Wolf Alice family way back when was a pretty standard affair for the then session musician. “I knew the guy that was managing them through a mutual friend,” Joel says. “They just needed someone to stand in and play for a few weeks while their drummer recovered from a wrist injury. Honestly, drumming was never really my thing, but the connection between us all was so instantaneous that they never asked me to leave—who knows why.”

Today, Joel finds himself on the descending wave of My Love Is Cool’s runaway success. A sold-out US tour, a Mercury nomination and several US TV appearances followed the release of their alt-rock debut. But all this has done little to blur memories of Wolf Alice’s earliest days.

He recalls about the difficulties in earning his crust around the time of Blush. “Others in the band were able to cope a little better,” he notes. “It’s catch-22 really, because when we gave the music 101%, we couldn’t commit to the standard nine to five. The only exception was Josh, who hung onto his day job, jammed with us, and earned his degree all at the same time. I have some serious admiration for him after achieving that.”

Past poverty still ignites the odd fracas. Having infamously told DIY Magazine that he stole scotch eggs from a M&S petrol station to stay alive, fellow band mate and lead vocalist, Ellie Roswell, subtly gave him a piece of her mind.

“She turned to me and said ‘I don’t ever want you to say that dumb shit in an interview ever again.’ It was a bit of a joke, but the early days were very much hand to mouth.”
Scotch eggs. What sane mind enjoys scotch eggs?

“You’re missing out, mate. M&S, if you’re reading this, I swear, I paid for those scotch eggs.” 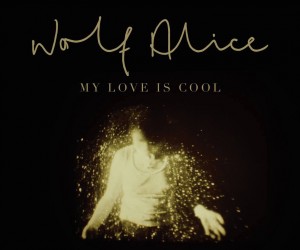 Penniless, Joel, Ellie, Theo and Joff threw everything at Wolf Alice. Setting out to write one song every day, it was all or nothing.

“When we were starting out it was literally something else to do rather than rehearse. You just try and get into that routine—say to yourself: right it’s 9am, you need to get up and write something new—It’s always a new track, I never try to build on something I made the day before. The strongest material is the stuff you write within a day. It doesn’t matter if it’s ten seconds long and shit or if it’s twenty minutes long and far out. It’s new music you’ve created that didn’t exist the day before.”

It’s a staggeringly prolific approach to songcraft, and perhaps one that lends to the sound of the band’s debut effort.

A haberdashery of rock’s eclectic past, My Love Is Cool playfully shifts between the loud/soft dynamics of The Smashing Pumpkins and Deftones. An album that is as acutely aware of its maker’s ear for the alt-pop hook, as it is for their unalloyed love for rock.

Away from the band’s stellar sonic output, the thought of a successful rock band being fronted by a woman has turned heads in the press industry’s dimmest corners, with one hack asking Ellie if she “ever used her sexuality on stage.”

Sure, there’s an off-kilter beauty to the Wolf Alice vocalist that makes such claims—regressive as they seem—inevitable, but it’s an attitude that Joel believes is rampant across the music industry.

“Obviously, I don’t want to say something that wouldn’t reflect Ellie’s feelings on the matter. It’s hard for me to say if she’s treated differently, because Ellie makes who she is what she is,” says Joel. “But outside Wolf Alice, there are so many all-female bands out there, like Skinny Girl Diet and Potty Mouth, that digging up backward notions of sexuality in rock shouldn’t be an issue. There’s this ingrained perception that girls in rock tend to be token members. But more than the lack of having girls in rock music, we should be shining a light on the ones that are out there. Granted, there should be more, but the ones that are there are bloody incredible.”

The questionable attitudes of some interviewers did little to dampen spirits during a Winter US and UK tour, one that Joel claims was the band’s best yet.

“We were with Friends in the US for the US leg who are literally our bestmates—no pun intended,” he laughs. “So here we were in these amazing cities for the first time, you’re playing sold out shows to incredible audiences—the album’s out, the pressure’s off, and you’re standing on stage doing what you always wanted to do. I look around and here I am with my best friends. It’s whirlwind of celebration.”

It was during this tour that the North Londoners shot the video for You’re a Germ, a VHS ode to the glory days of DIY horror.

“We went through a phase of watching horror films in the van, like Texas Lost Boys, The Evil Dead and whatnot. Just freaking ourselves out during the long drives from town to town. We thought it’d be cool to expose the ridiculous premises and awful acting that these movies have. We usually don’t like performing for music videos and all that bullshit, so we used the opportunity to do stupid things for the day. It was filmed it in a mansion two hours outside LA—it’s just bonkers that the label allowed us make the thing.”

In spite of the quality on offer in My Love Is Cool, it is an earlier offering from the band that got the nod from Grammy judges. In mid-February, the band will be pitched against rock royalty The Foo Fighters and Alabama Shakes in the Best Rock Performance category for Mona Lisa Smile. It’s a nod to the sweetest Simpsons nonconformist that seems apt in a ceremony as showy as the Grammys.

“We never started a band to see what awards we’d win,” says Joel. “But when you consider the absolute ridiculousness of what’s happening, you need to appreciate being appreciated. Obviously, we can’t let it go to our heads, but neither will we pretend that we’re too cool for it all.”

As our conversation closes, Joel finds himself even closer to the end of what My Love Is Cool generated.

“It’s going to be sad seeing it go, but I’m pumped to start a new phase.”

He stalls for a moment, eeking out what he can.

“But it’s not over yet, we’ve still got that date in Dublin.”

Wolf Alice will play at the Olympia Theatre in Dublin on Saturday 5 March 2016 at 7pm. 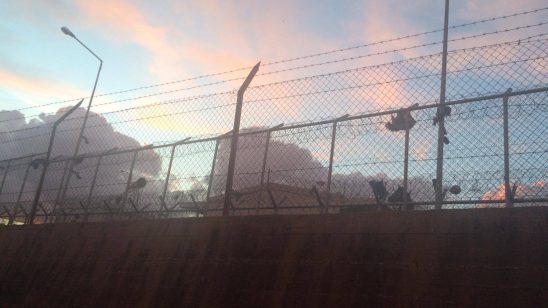 The Chimes of Freedom Flashing