It is hard to know where to start with this topic due to its emotive, uncomfortable, vast, and terrifyingly fastened-to-silence methodology, we are still a country too afraid of our sexual assaults and assaulters to speak about them. Despite Ireland’s liberalisations over the past decade and the good work of many leading academics, the dialogue around such matters has remained largely taboo, reserved for college productions of The Vagina Monologues and freshers’ induction days. With people locked at home reaching boiling point, the conversation was sparked, individuals taking to social media speaking out about their experiences as victims of sexual assault, seeing a re-popularisation of the #MeToo and #IBelieveHer movements online. What was the direct cause of this? The reasons are likely too complex to specifically pin down. With last week’s news cycles focusing on the horrific nature of abuse suffered by the Reilly sisters coming to a close, and perhaps the apt-timing of Irish Women In Harmony releasing their single ‘Dreams’ in aid of domestic abuse, an issue that has skyrocketed statistically since March, Womxn’s bodies, lives, and autonomy over the three, have been on the minds of the popular imagination in a different way. There is a lot to unpack as people “name and shame” when comfortable, or tell their stories without exact names when not. But Ireland is a small country, and we’ve been shocked to learn that people who sexually abuse us are not just a medieval cohort of priests and nuns operating local confession boxes and Magdalene laundries, but are our community figures of authority, our classmates, our friends, our family. We all know victims, and now, we all know perpetrators. Or at least in this moment, it is fashionable to admit we know.

With appropriate timing, yesterday the Union of Students’ of Ireland (USI) in partnership with NUI Galway’s Active* Consent Programme launched their Sexual Experiences Survey which focuses on students’ experiences with sexual violence and harassment in higher education institutions. The survey was created in response to the 2019 Consent Framework For Consent in Higher Education Institutions, launched by Minister for State for Higher Education, Mary Mitchell O’Connor. The last survey of this nature was the USI’s Say Something 2013 study in partnership with Cosc & The Department for Justice and Inequality. Between February and April 2020, 6,026 students participated in the survey, a significant increase on the 2,752 completed responses on the USI’s 2013 study. The findings are as co-author of the report Charlotte McIvor put it “sobering”, and many of which are opening points for further discussion and debate.

This survey has comprehensively filled in many of the blanks when it comes to representing victims of sexual assault in Irish universities. To start, 29% of females, 10% of males, and 28% of non-binary students reported non-consensual penetration by incapacitation, force, or threat of force during their time in college. “The fact that 3 in 10 students overall suffered from non-consensual penetration. It’s not okay”, comments UCC Students’ Union’s Welfare Officer Jamie Fraser in conversation with Motley. This is a 24% increase on the 2013 female statistic and a 9% increase on the 2013 male statistic. UCC’s own Dr Louise Crowley, founder of the national gold-standard Bystander Intervention Training credits this spike to a greater willingness of people being able to speak out about abuse; “Even though we’re still a long way off where we need to be, with the #MeToo movement, and also the institutions developing initiatives, there’s a greater capacity to talk about [sexual assault and misconduct], there’s a greater capacity to understand the consequences, there is a calling out of unacceptable behaviour to a point. I think what was very interesting was that those students who had been exposed to targeted initiatives such as Bystander and Consent workshops, felt that they had better access to support.”

One of the more positive aspects of the survey’s findings was that students who engaged in workshops, events and talks reported higher awareness of supports and services compared with students who had no exposure to consent education of this kind with over 40% of students saying they had a high level of awareness of four services that respond to students affected by misconduct – the Counselling Service, Student Services, the Health Unit, and Students’ Union Welfare Officer. But with that said, we are brought to the harrowing realisation that just over half of first-year students reported experiencing sexual harassment in the form of some form of sexual hostility since beginning college in the survey. This figure rose to 62% for second-year students, and 66% for undergraduate students in third year or higher. “It breaks my heart that so many undergraduate students carry this with them and it must devastate their experience”, Dr Crowley says to me over the phone, I can feel the empathy for the victims in her voice, the weight of it hanging on the line. It of course begs the question of why our government isn’t acting quicker on early intervention and reform regarding this issue in not only third-level education but the wider education system as a whole. Dr Crowley spoke to Motley about the importance of addressing this head-on and how she has piloted an adapted version of her successful third-level programme in secondary schools in Cork City and County, fielding positive results from participants through age-specific tailoring of the material to ensure that the content is speaking the language of the TY’s and 5th years partaking in her programme.

UCCSU’s Jamie Fraser also spoke to this issue and the plans that the Students’ Union have to tackle this issue in the wider community, potentially through programmes like UCC Plus, with societies like UCC Feminist Society, and working with Dr Crowley and her team. But Fraser emphasises that the onus is on the students to start that process of educating: “Us as a union need to take the responsibility of getting trained in consent first. We’ve been working to get online training for all the UCCSU Exec including part-time officers. Responsibility starts with yourself and if you don’t take that initiative, how can you preach on someone not to do it?” This sentiment is echoed by Dr Crowley who calls for UCC students to engage in the learning process to help stop this cycle of abuse. “Students have to stand up and get engaged. We’re working really hard and we need to work with them. When students attend [programmes like Bystander Intervention] I know they enjoy it, my research shows once they attend, they want to attend all the modules, it’s incredibly valuable, they want everyone to take it.”

This research is groundbreaking in Ireland for a number of reasons, with one of its main credits being its inclusion of non-binary identities, and its close look at sexual & gender minority-based sexual violence. “This survey highlights that sexual assault is not just a female problem, but a problem that can affect anyone regardless of their sexual orientation or their gender. Refusing to acknowledge this will only continue to silence victims” says UCC’s Feminist Society in their statement regarding the findings. Among the many eye-opening statistics, we learned that people who identify as non-binary are more likely to face sexist hostility, (82.8%), sexual hostility (75.9%) and unwanted sexual e-communication (57.5%) when compared to their cisgender peers. It is also to be noted that bisexual individuals were most likely out of all the other sexualities surveyed to be victims of sexual misconduct (55.3%), closely followed by students who identified as queer (47.1%). These groups were also most likely to be victims of sexist hostility (79.7%). In their statement on the report, UCC LGBTQ Society commented that the study “provides a powerful insight into how the LGBTQ community experience sexual violence and harassment, such as the high rate of intimate partner violence reported amongst asexual students, as well as the high percentage of sexual misconduct faced by nonbinary students happening on campus and by students.” The society told Motley that the added lenses of homophobia, transphobia and queerphobia mean that LGBTQ students experience sexual harassment differently, something backed up by Dr Crowley spoke to us about the importance of having specific Irish data on this subject that was “hugely important, and long overdue.”

When I initially read the report, one statistic stood out to me among the sea of troubling issues raised. Over half of students with a disability reported an experience of sexual misconduct by any tactic (56%), compared with 42% of other students. “We need to be especially mindful of the consequences of the vulnerability which the data today tells us that [disabled students] are more likely to be assaulted. Which is just horrific.” Dr Crowley says on this issue. With disabled students making up just under 15% of the survey participants (14.7%), these figures are terrifying and demand urgent action on behalf of all Higher Education Institutes in Ireland. “Access is to the forefront of making sure students living with disabilities feel a part of our university and we need to provide support to them through linking with the DSS” comments Jamie Fraser.

COVID19 has taken so much from our world that six months ago we deemed essential. However, we’ve realised that material amenities that once mattered no longer hold such importance in our happiness, and with that, we can be fearless in our convictions. But we must also ask the question, is justice only delivered through the court of Twitter, and why won’t our judges stand with us? Do survivors have to detail intimate and triggering accounts online in order to get closure because the justice system is unlikely to provide any? And when it comes to re-educating people to be decent human beings, why is this conversation only happening in third-level when just over half of first-year students reported experiencing sexual harassment in the form of some form of sexual hostility since beginning college? Is early prevention not the best solution? While granted, we have been promised reform in sexual health education by our incumbent government, we’ve also been promised the moon.

But there is some hope, the work of Dr Crowley and all those working on the Bystander Intervention Programme, this study and its recommendations, people want to change the figures seen here. “It’s not about focusing on this for one week. It’s not about focusing on it for sixty minutes, this is a continual daily thing that we need to focus on not just as a union, but as an Irish society overall we need to think about and take it seriously.” UCCSU’s Welfare Officer tells us. This report tells us we have a long way to go in terms of putting an end to this behaviour, but getting engaged, and making the change to educate yourself. “People don’t want to do the wrong thing,” Dr Crowley tells us; ‘but we have a chance to get in there and educate them, provide them with the alternative, we show them the difference. Even if they’re just the bystander, they can do something subtle which can have dramatic impacts and consequences for somebody else.” My gut response here is to write “when I’ll see it, I’ll believe it”, but upon reflecting on the struggles that so many of my brave friends have documented online, but also offline in confidence, I think we need to start believing in what we can’t always see initially. That doesn’t mean having faith in systems that don’t work, that means standing with victims and abhorrently opposing the accused from the get-go. It is unlikely we will be in the room where sexual assault happens to our friends and loved ones, but let’s make sure we’re outside it to give support if and when it’s needed.

If you have been affected by the content in this article, please reach out to the supports below. We hear you, we see you, we stand with you.

Read the full findings of the survey here 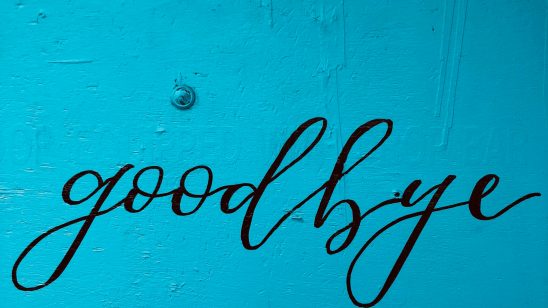 For One Last Time 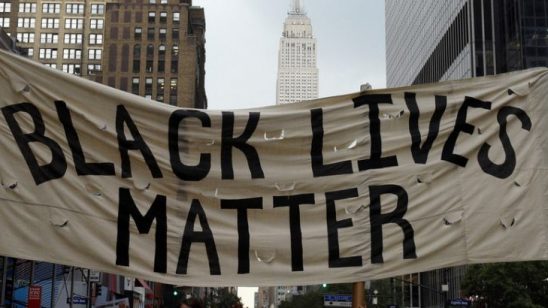 Editorial: The Pandemic of Systemic Oppression