Ghostking Is Dead is alive and well, and talks to Cathal Donovan O’Neill about doing it for the 021

Being 21 in Cork isn’t easy. Rents are rising, so is crime – and if you’re trying to make a career in the arts it can feel like the city is out to get you. But there’s just some inexorable magic to the city that keeps you here.

Matt Corrigan – better known by his indie pop project Ghostking Is Dead- had a hectic 2019, refining his craft as he toured internationally as part of Alex Gough’s live band. The Cork wunderkind has been releasing music of the lo-fi variety consecutively since his teenage years, but following a positive review by Anthony Fantano, Corrigan went dark. 2019’s sparse release schedule reflected a turn towards reflection and production. The result of that is Fever Dreaming, a five-track EP pulling from trap and synth music to turn Corrigan’s anxious relationship with Cork city inside-out. Shortly before its release, he took some time out of a busy week of college, gigging and gaff-jams to drink coffee and be interrogated by Motley.

How do you feel 2019 went for you? You were more behind the production chair – I’m sure you were recording music, but you were releasing less compared to 2018.

2019 was a very interesting year, insofar as there was a lot of very rapid transitions, and a lot of very milestone-esque moments; for instance, the one that defined my 2019 was the whole ‘Anthony Fantano reviewing “Tokyo’’ moment, where it brought to a head a lot of things I had been thinking about my own music. He really liked the song but he had an issue with the mixing. That was the gist of it, which just cemented ‘Okay, I’m a creative – of course I’m creative, everybody’s creative – but I lack competencies in certain fields and it’s holding back what I’m making’.

I spent… eight… months pretty much just working on my competency. So taking ‘I’ve got this concept, I’ve got this idea.’ Instead of just jotting it down and scribbling it down and making something that’s good, but not as good as it could be, I wanted to be detail-oriented and I wanted to create a large body of kinda-throwaway work that’s gonna inform how I dedicate myself to a singular project. And that’s how I ended up making Fever Dreaming. It ended up being like an eight-month process that involved… probably up to fifty bounced tracks, and ultimately five that deserved my greater attention.

That’s a lot of stuff for the posthumous releases.

Mmm! Exactly, there’ll be no shortage of demos for record labels to abuse.

Your past releases were more lo-fi, folk-influenced, but Fever Dreaming is a lot more synth-pop and there are trap influences in there.

I thought about it a lot. I’ve thought ‘Okay, do I really wanna try to cement this solitary, genre-specific idea for what I’m doing, or do I wanna be more cohesive in the influences I’m drawing from?’ And the answer, at the end of the day, was no. And I understand the value of [genre], and I’m not underselling that, but when it comes to what I make the unifying factor at the end of the day should just be me, and if I followed anything other than my primary instinct it just wouldn’t be as good as it could be, realistically.

So yeah, the trap influences just comes in from – ‘What am I listening to?’ I was listening to a lot of rap music. A lot of it. A lot of very synth-heavy music. Now I’m back in the last couple of months, I’m listening to loads of Blake Mills, a lot of very organic production, recording sounds… Everything I’m working on now is physically recorded, there’s no digital instruments, everything I’ve been working with has been amped and recorded using a microphone since Fever Dreaming.

Cork city is almost the second character in the EP. How would you describe your relationship with Cork city, outside of the music?

There’s certainly an element with most people where you are intrinsically tied to where you come from, simply by way of nurture. You’re going to be molded by your environment, almost unavoidably.

area code]. Before Fever Dreaming, before this new Gaptoof project, we were standing out on the Docks at about 3 o’clock in the morning listening to Dean Street with Kean Kavanagh  [Gaptoof-produced single] and he was telling me about his ethos of doing it for the 021, and he told me ‘Just remember, with your next project, to say that you’re doing it for the 021’. And I am doing it for the 021, even though it’s freaking me out, and it’s awful at times, and as we’ve seen in recent months, capable of being an incredibly violent and terrifying place.

How do you feel you’ve been shaped by it?

I think there’s a lot of elements to my character which parallel the Cork city ethos; which is one of the reasons why I’ve identified a lot with it in the art I make, without trying to be defined by it. One of which being the independence, this whole Cork idea of ‘We’re Cork City, yeah they do it somewhere else, but they don’t do it like Cork’.

I grew up somewhere where there weren’t really a lot of children my age, so I just spent a lot of time on my own. So, I developed a very similar personality with regards to the way I operate and the way I make things. And a lot of these concepts run parallel – a sense of stubbornness, hard-headedness, things that are all parallel to my own character that are just linked intrinsically. 2020’s squared up to be both the busiest and most exciting year of my life. I’m involved with a

bunch of different projects that are all either super-promising or are already fulfilling on the prophecy of their success and it’s so, so cool to watch happen. With Ghostking Is Dead, yeah, loads of shows. I have so many plans for things to put out. It’s not all gonna be music – most of it will be at least mostly affiliated with music. Yeah, I’m gonna go absolutely wild on it and put out everything I wanna put out, ‘cos why not? 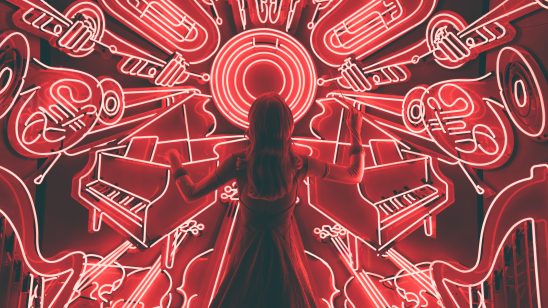 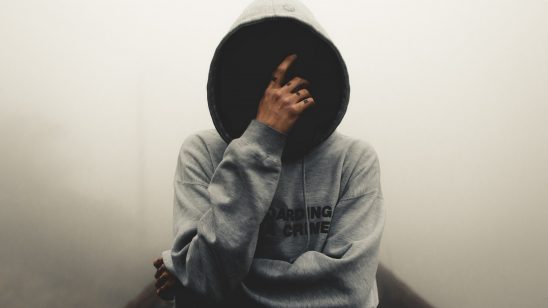 Week in My Wardrobe: Guest Edition