I  was always the naked child. The one on the beach with bare cheeks on show and a crazed look in their eye, chaotically funnelling seawater into the moat of their toppling sandcastle. The one who simply refused to wear clothes and showcased unapologetic nudity regardless of company, situation or appropriateness. I was raised to embrace a carefree and open nature to bodies, with the idea of ‘covering up’ never entering my psyche. Nudity wasn’t a big deal, and it was made clear to me that bodies were to be celebrated and embraced. Perhaps having an earthy mother or living in a religion-rejecting household I’m not sure, but “modesty” wasn’t a word familiar to my childhood ears.

Of course, I’m talking about my early years. By the time I reached the ripe age of school- going years, I had reluctantly conformed to our cladded society. That is to say, for a long time, apart from my school uniform, it was exclusively fairy dresses I agreed to put on.

Although, while I think my upbringing had some causative effect on my openness to nakedness, I feel there is an element of randomness that determines one’s outlook on nudity. But for me, I never really cared. However, this ventures past just nakedness, I also would be considered liberally minded when it comes to sex. I never really viewed sex as a big deal, it was just an act, like juggling oranges or pedalling a bike. I failed to understand the hushed, toned deliverance of sex talks in school or the furtive act of revealing a “body count”. It always seemed bizarre that while we exist within a progressive society of artificial intelligence and self-driving cars, society maintains a view of sex  as archaic as one of Medieval Times. That’s not to say that the conversation on sex hasn’t changed dramatically in recent times. Particularly in Ireland, this landscape is almost unrecognisable from what it was 50 years ago; we’ve gone from smuggling condoms from the North to free STI screenings in universities.

Perhaps another facet of my rejection of “prudishness” is stemming from a feminist standpoint. Striving for more of a conversation around female pleasure and sexual freedom is a massive part of contemporary feminist theory and a conversation that has been sadly lacking in Irish society for a long time. Perhaps being open with my own body is a way of reclaiming my body as although the times are changing, we still live in a time when, as females, our bodies are still not truly our own. Incessantly politicised, our bodies are paradoxically both lusted upon and sources of repulsion. In Pragya Agarwal’s book ‘(M)otherhood’, she sums it up quite well saying; “Women’s bodies can be seen as a threat. They become a battleground, desired and lusted upon, but also considered a monstrosity, defiled regularly, stigmatised and not their own terrain to navigate. While being placed on a pedestal and worshipped as goddesses they are also being monitored, patrolled, controlled and abused”. So maybe in rejection of this, I tend to float about life in a way of bodily openness and sexual nonchalance.

It wasn’t until recently I started to question how “easy-going” I really was when it came to sex. As it has turned out, my sexual exploration years as of so far have been disproportionally spent in relationships or a global pandemic, so my experience with casual sex has not been extensive.

I can hear my friends scoffing as they read this. Hannah? Positioning herself as some sort of deprived celibate? “The Irony,” they would say. But as I navigate singledom and it’s perks of sexual freedom, I’m finding my theoretical outlook of sex not being actualized. When I thought about this further, it left me with a pressing question; what is the difference between sex and intimacy? The first hit on google says, “Sex is a physical act, intimacy is emotional”. Having read this it dawned on me that I haven’t figured out how to share the intimacies of sex, without the emotion,  and I saw this in practice.

We shall spare the gory details of the evening’s events and skip to the morning after as I wave goodbye to the boy trudging out of my cramped college bedroom. I smile shamelessly at myself and slightly relish in my use of the Best Years of my Life, texting my friends to fill them in on my late-night rendezvous. Yet, as I lie there with my encrusted eyes of last night’s mascara, and the stupor of hangover fog settling on my Jager soaked brain, a familiar feeling of lonesomeness seeps in. I find it hard to explain but the trend occurring is one of a compounding effect. The more bodies I wave goodbye to traversing my bedroom door, the deeper this despair seems to percolate. It’s as if each time I share my body in this emotionally devoid way, merely relying on my working parts, I share a little bit of me with them, and as each body leaves with the piece of me shared, I am left with a truncated and diminishing sense of self. What this means, I think, is I have overestimated my ability to share my body without implicating emotion. I have failed to separate sex and intimacy, making my supposed sexual nonchalance one of more abstract theory than practical application.

I don’t know what is next, but what I do know is, sexual freedom looks different to everyone. To some it might be engaging in one-night stands, to others it might be waiting to find that person you have that special connection with. I’m not sure where I fall in this spectrum, but I look forward to navigating this slightly daunting terrain. While doing so, I must bring along my body, bundling up and carrying with me its contradictory desires and profound vulnerabilities. And only when I feel the time is right, will this bundle be unfolded, it’s components sorted and presented, to be shared with another in earnest. 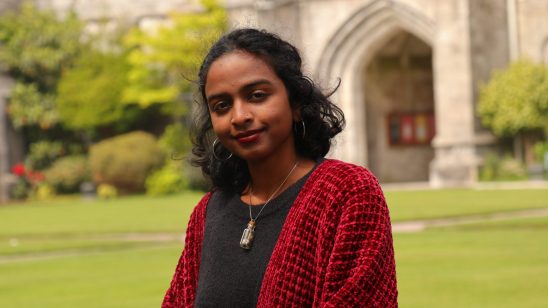 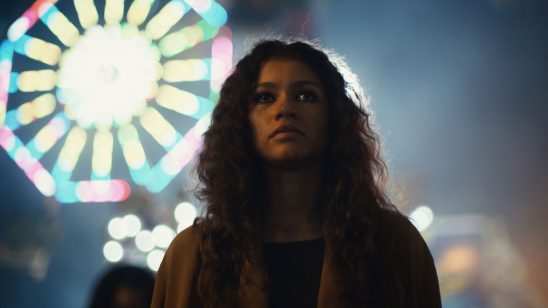 ‘Euphoria’: Behind The Glitter