Dan Webb explores the ongoing legacy of the Dreamworks classic.

When talking about movies, one of the most important things to note is how a given film affects its audience: whether it makes them cry, laugh, or jump up and down with joy. Movies can affect viewers differently at different points in their lives, whether they be a child, a teenager or an adult, but some movies transcend age and bring joy no matter the age of the audience. Shrek (2001) is one such movie.

Shrek, produced by Dreamworks Animation Studios, portrays a different kind of fairy-tale world throughout. It has a darker, more twisted edge that many people find appealing and enjoyable to watch. The animation styling sets it apart from any other Disney animation that came before it. It is new and fresh, and draws the audience into the sorrowful story of titular anti-hero, Shrek the ogre.

The characters appear to have rough edges, as if they were deliberately created to appear imperfect – a characteristic that Disney seldom promotes. In my opinion, this lends the story a great degree of curiosity. The characters are just so bizarre and unique in their designs, you literally cannot take your eyes off them.

The film also twists our expectations of the stereotypical fairy-tale genre. In its first few moments the audience expect Shrek to be a romantic fairy-tale story. However, five minutes of screentime later we are watching a comedy about two friends on the road: an ogre and a talking donkey, on a quest to save a princess.

There literally is something for everyone here. Kids enjoy watching the adventures of Shrek and Donkey, voiced masterfully by Mike Myers and Eddie Murphy respectively. Meanwhile adults are treated to a genre-defying spectacle of character development as they continue along their journey.

What fairytale movie would be complete without a princess to hold it all together? In this case, we have Princess Fiona (voiced by Cameron Diaz), an inversion of the ‘damsel-in-distress’ trope. She does not use her typically feminine singing skills to talk to all the animals, for example, but rather uses them to catch herself breakfast. Such a strong female character was bound to have an impact on both the female and male audiences, and the effect of Fiona’s characterisation has shaped the film industry ever since.

A common trick employed in modern animated movies is the use of comedy and humour to engross the audience, helping them to become invested in the world and the characters inhabiting it. Most animated films employ lowbrow comedy that only really appeal to a younger audience; however, the team working on Shrek manage to twist this common technique, and create a comedic tale that appeals to all ages. Adults and children alike can relate to Shrek through its use of comedic devices which make it that much more accessible for audiences of all ages.

Shrek does have some questionable points to the plot and appears to encourage  discrimination against certain characters throughout. For example, the evil villain of the movie is Lord Farquaad, voiced by John Lithgow, who is a source of comedy for the audience because of his height and not his humour. Farquaad is used as comic relief in a movie that explores loss, pain, and the need to be accepted. The evil villain has huge plans contrary to his stature, as he stands at only four foot two, and rather than celebrate his determination he is picked apart by the other characters in the movie.

While Shrek is advertised as a children’s movie, the film explores many dark themes throughout such as the kidnapping of Fiona and the discrimination against magical creatures. “Shrek” captures the adult audience through its reflection of human society through the eyes of the animated characters. This movie is a perfect blend for  children and adults, as while the kids can laugh at the slapstick humour the adults are reminded to be kind to one another as they go through life.

In conclusion, it is not that surprising that Shrek has survived as long as it has in the hearts and minds of its audiences. The franchise includes four movies and a spin-off, with numerous animated short films, videogames and comic book – as well as a musical adaptation – in addition. In my opinion though, the original Shrek has always and will always be the best the franchise has to offer, it is certain that this is a film that will be around for many more years to come. 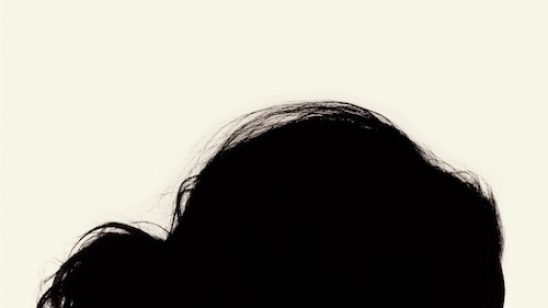