The traction on the idea of space exploration has gone from a mere dwindling flame to raging fire in the last number of years. Sam Golden tells Motley why.

Interest on the subject of space has not seen as much activity since the days of the space race in the 1950’s. However, unlike the Cold War era the idea of leaving this planet in search of a “better alternative” has given rise to a whole different movement involving interstellar enthusiasts. A large group of these enthusiasts are business oriented, meaning the search is not only for a place in the stars but also financial opportunity.

There are few reasons for the reignited love for the unknown above. Social media and access to information has heavily contributed. This curiosity has also been propelled by pop-culture. Films like Christopher Nolan’s Interstellar and The Martian starring Matt Damon have captured people’s attention. The result of this being a new public involvement in space exploration rather than traditional governmental one. The expansion of areas like Space Tourism by the likes of Virgin founder Richard Branson and his ambition to to bring people on a space vacation for the “reasonable” price of $250,000. My opinion is based around a recognition of our current planet and trying to solve the problems down here rather than trying to develop “Warp Speed” or “Hyperdrive” for above and beyond.

However, I do agree and accept that human ambition should not be restricted. Should the human race one day go past the moon, one of the main problems concerning our survival is the question on how to feed ourselves. Like earth, the production of food in space relies on where you actually are in space. The odds of us getting to an “Earth 2.0” seem fairly unlikely at the moment. The closest viable option looks like Mars. SpaceX founder Elon Musk is a pivotal individual on this matter. Musk has made it his own personal goal to colonise Mars and promised manned missions by 2030 with a flight time of around 7 months. The fact that Musk is not the only one pursuing this goal (companies like Relativity Space and Impulse Space planning trips as early as 2024) suggest getting to Mars is likely to become reality.

The answer to this will rely on what we do down here on earth. One such example of this could be the Biosphere 2 project. This research initiative is surrounded in controversy since its maiden mission in the 1990’s came crumbling down. The aim of this project was to provide a detailed account and data on how to support and maintain human life outside of Earth. The research facility was based in Arizona and held 8 participants in an earth-like climate  This includes a 40 acre campus, a rainforest and 6 other biomes and a human living habitat. The initiative heavily focused on ecosystems, crop farming and oxygen production. By creating an atmosphere and colony, the Biosphere 2 highlighted the risk of living and growing food on Mars. The failure of the project came when dangerously low oxygen rates were produced leaving management no point but to pump in more external oxygen which resulted in the study losing all academic credibility. Despite this $800 million blunder, Biosphere 2 supplied great data on how a potential Mars colony would look and act. While the actual principle of sustainable living failed in the research, could this offer an insight on how we could possibly live on the Red Planet?

The manner in how we colonise the Red Planet could potentially be here, in the other iconically known red territory of the universe: Cork. The Cork Rooftop Farm previews how vertical and sustainable growing can work within an unlikely setting. The idea of using the space and areas available to you in the most effective manner to grow organic and sustainable foods like fruit and vegetables is exactly the kind of thinking needed if we one day emigrate to the stars. Even in my own backyard, research into crop innovation is taking place. The UCC research project UN-SINTEC is leading the way in studying the effects of UV light on crops. The research looks to see the effects of sunlight replicated by UV lights in order to improve crop physical and sensory attributes. The application of the research findings might link to the level of quality of life interstellar colonists have in the near future.  Who knows? Maybe the significance from a study like these could be the deciding factor whether or not a Mars colonisation mission is successful.

However far out the human race is in reaching other planets, the question of how we feed ourselves while we are there remains paramount.There will be no Deliveroo or Uber Eats on the Red Planet The only hunger definite to be subdued, will be the appetite for problem solving and innovation. Even before we lift off the ground, solutions need to be found and it doesn’t matter if these are found in Cork or California. I’ll leave you to digest this article with the Interstellar quote – “We used to look up in the sky and wonder at our place in the stars. Now we just look down and worry about our place in the dirt.” But maybe it’s that place in the dirt that will place us in the stars. 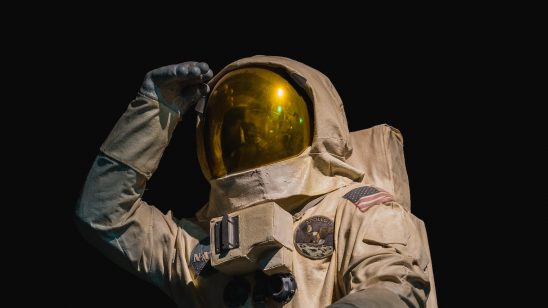 A Giant Leap Towards Conspiracy 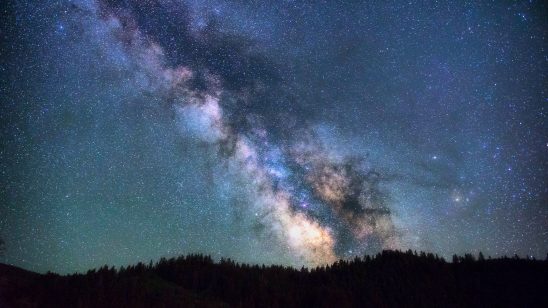