HotPress Student Ambassador and Motley’s staff writer Ava Sommers sits down with Sir Bob Geldof and pick his brain on his attempt at space exploration, the Boomtown Rats and modern Ireland for young creatives.

Each year, the UCC Law Society presents a Mutatio Factorem award to an Irish person who have  made a difference to the world through their life and career, and its 2022 recipient was none other  than Sir Bob Geldof of the Boomtown Rats. I had the opportunity to meet Sir Bob and have a chat.

The first thing I must tell you is, whatever you imagine Mr Geldof to be like, he is precisely that, but  bigger. He is hugely intelligent, he knows a vast amount about what seems to be every topic, as he  covered later on in the evening with his Q and A with Dr Dug Cubie later in the evening; climate  change, politics, poverty, the law; whatever subject was brought up, he had an extensive knowledge  on it.

Firstly, as this issue is revolving around space (no pun intended), I just had to ask him about his plans  to be the first Irish person in space, before the company he was working with went bust. But every  cloud has a silver lining; “At least I came out of it with a fucking good coat for winter!” he told me,  gesturing to the bright blue coat on the back of his chair. He said that he did not want to be up in space for long, as he bored easily, and if he were to be there for ten days he would simply want to  leave. It really does not surprise me, as a man with as many facets and as much intelligence as Sir  Bob would bore of anything easily.

He said that he passed all of his training and went for a test flight: “Well, I was allowed to take the  wheel for a few minutes. So, I could tilt it left and look out into infinity or I could tilt it right and see  the curve of the earth from the north Arctic to the Antarctic.” He spoke about going for a trial run in  an F16 too: “Then the guy said, “Are you ready Bob?” and I said “No”, and he said, “Well we are up  now so we have got to come down”. So, we counted 5, 4, 3, 2, 1 and he just flipped over and straight down. Fucking hell. And I knew I would probably never do it again, so I forced myself to keep my  eyes open.”

I needed to know what his fascination was with it. What did he see? I was not prepared for his  answer, which was equally mystifying and enlightening:

“You know I just think we are so improbable and unlikely to be in this moment, in evolution, and I  just wanted to see the earth, in all its unlikely and improbable beauty. What a perspective being in  space would put on the earth, and how simple and small and  insignificant we all are; how  interconnected we all must be.” He then moved on to talk about flying in Concord, the clicks of the analogue as you sped through the sky, which turned purple from the height and speed. He  remembered remarking, “If this window broke and someone shot a bullet at me, I could just snatch  it straight out of the air.” Finally, he decided that he did it because “It was mad,” and that you will  only ever be asked to do mad things once, so he was not going to miss that opportunity.

Typical Geldof, just going to space for the hell of it, and getting a comfy cosy winter coat to boot. Conversation then turned to music, as it usually does with me. I asked if the Boomtown Rats  frontman had any advice for young musicians.

“I don’t because it is a whole different universe… You gig and you gig and there is no traction. There  is just another gig, and where is it going to” Well, I may have thought that his stardom may have  blinded him to the realities for being a young musician, but it certainly had not. He said that when he  started gigging in Dublin, there were maybe three venues to get gigs, so they left for London, where  he tried to get the attention of some magazines, including the Enemy, which he worked for. He even  chuckled that the critics liked the Rats, “At first at least”. He said that at the time in Ireland, while  there was a “music sensibility”, there was no “rock-consciousness”, but that they gained a large local  following quickly. He felt that that would have stood to the Rats in a modern society, but that it did  not matter back then. His advice consisted, in fact, mostly of “You really have to focus on who you are, where you are  going and what you want to be, and that’s the same. But it is [just] not like when we started.”

“It would drive me nuts. [You can’t] go to a record company and say this because then they will look  at your how many followers you’ve got. And also, they don’t really have people who just go “I love  this, and I am prepared to set my career on these guys” which is what happened with us. Phillip  Lynott got us in to see the guy with Signed Out, and he was leaving Phonogram… So, my thought was  “Hold on, we are the only band he has got, he really needs us to make it or he is fucked. And we  really need him because this is the only gig in town.” So, there was a mutuality.”

Bob knows that we are not lacking amazing musicians, artists, and writers, but he feels like they  cannot access a route where those artists can be heard. He said it is like the “Cereal in the  Supermarkets” phenomenon, where we have so much choice that we can never actually decide  what we actually do want. The second problem he felt was social media itself, because pop is no  longer the spine of the culture. He said “We defined ourselves through pop, through the groups we  chose, and through them, that was the spine of the culture. Without question, rock and roll was the  cultural spine. And through that we, certainly I, learned about everything. About politics, economics,  society, philosophy, theology, the lot. What people thought, what was possible, the way you looked,  the way you dressed, and that kind of stopped with the diffusion of new media. So, the diffusion of  the media has resulted in the dilution of the message.” He said that in a modern Ireland that “spine” is not as vitally important as it was in the 70s and 80s, and indeed the decades leading up to them.

He also said the fact that there are gigs everywhere is diminishing the value of the gigs and therefore  the quality of the acts. He is most unimpressed with the cover-band domination in Ireland; saying  “What the fuck is that about? I mean I literally never, I could not, I had to go. I thought about it and  was like “No no this is so fucked.” Needless to say, Sir Bob would much prefer to be listening to  original Irish music.

When I asked him what he would do in the modern Irish music scene, he said: “I just wouldn’t even  know how or where to start these days. So, I suppose if it was young Bob, I suppose I would make a  go of it, and I’d find out, and I had grown up with that, but it would frustrate me endlessly. Really  endlessly. It would have frustrated me then even. “Why can’t you recognise what a genius I am?” I’d be roaring.”

And genius he is. 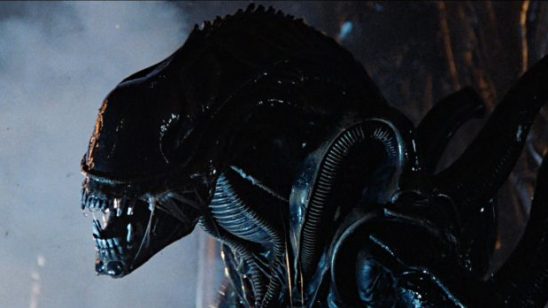 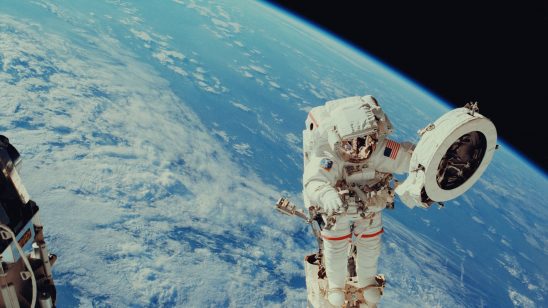 NASA and the Crowd