Head of Staff-Writing, Kane Geary O’Keefe highlights the importance of climate-conscious arts through the pandemic and offers a review of the books, films and music that kept him sane, in an all too insane time.

Speaking from experience, I consumed more media during our national lockdown this year than healthy meals. The arts endure a harsh glance when ranking the pillars of human experience. This glance develops into The Art of Impactless government funding in the arts than other major schools. Ireland’s Covid19-induced quarantine illuminated many to the importance of the arts in the modern day. As millions remained stuck at home for weeks, it was film, literature (baking recipes count), and music that kept us tethered to sanity. Due to the fact that these coming months seem set to continue our dependence on the arts to get us through working from home, it’s never been a better time to observe how instrumental the arts are in communicating important themes and messages to the masses in innovative and entertaining ways. Keeping in line with this issue’s theme of climate change, I’ve turned my eyes over the last few weeks towards the media that proves that getting educated in our world’s most pressing issues has never been easier, nor more essential.

With this rise in streaming service popularity over recent months and a demand for home entertainment in general, I sought to find movies that serve to both entertain and educate their viewers about our planet’s deteriorating health. Some fantastic examples include the modern classic An Inconvenient Truth, hosted by former US Vice-President Al Gore. The film shares an accessible narrative about the dangers of carbon emissions. Taking a  nature focused viewpoint, Netflix documentary Chasing Coral sheds a light on the dying ecosystems of our oceans’ great reefs, complete with stunning aquatic imagery. Turning an eye away from the documentary format toward films that use an ecologically aware backdrop to explore more intimate fictional narratives,  we can find examples such as Snowpiercer starring Chris Evans. Snowpiercer uses a manmade climate disaster to explore class divide on an intimate scale. Psychological thriller First Reformed explores the emotional trials faced by an aging priest. He is tasked with helping a man whose anxiety around welcoming a child into a world ravaged by pollution is threatening to tear his family apart. Through both fiction and nonfiction, viewers are spoiled for choice in regards to finding ecologically minded cinematic entertainment.

From young adult fiction to hardcover non fiction, climate change is more obviously threaded through modern literature than ever.  It can be quite daunting to face a brick of a book when engaging with a new topic (remember first year, anybody?). However, even smaller and more accessible titles hold a wealth of learning for those who indulge in them. Take Barbara Kingsolver’s novel Prodigal Summer for example. Telling three interwoven stories of love and loss in rural Virginia, the book is laden with many ecological concepts and biological facts.  A great nonfiction gateway can be found in David Wallace-Wells’s The Uninhabitable Earth. The book encompasses a broad range of terrifying scenarios to which global warming may bring us in the future, all within a brisk 300 or so pages.

Those seeking a more digestible piece of entertainment such as a song need only look towards up and coming rapper Xiuhtezcatl, whose hard hitting, environmentally charged lyrics have already landed him features with the likes of Jaden Smith. UK rock band Foals are also well known for engaging with environmental themes, seen most prominently on their album Everything Not Saved Will Be Lost.

Our engagement with the arts over these last few months have only served to cement their importance in a modern world. The importance of this modern world, as well as its deterioration in the face of our current climate crisis, is one that can be found in every corner of the media that now surrounds us. Surrounding ourselves with entertainment that enlightens us to threats we face only serves to ensure that we can emerge from this crisis more aware of our planet than ever before, from simply touching a few buttons, turning a few pages, and letting ourselves be entertained. 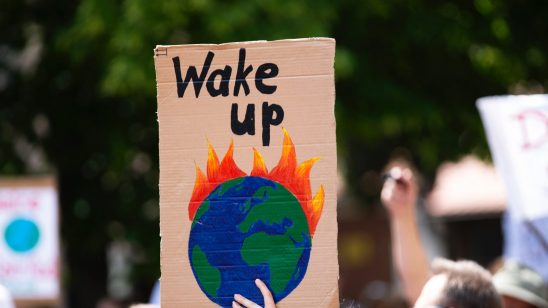 Climate emergency, is it finally time? 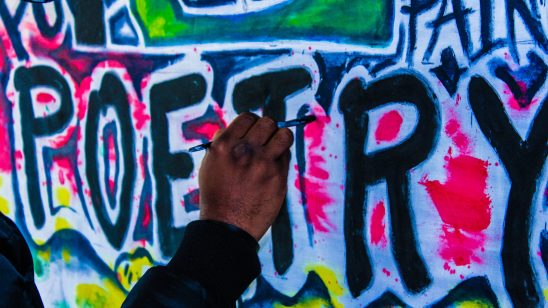