In August of this year, an incident described by opposing parties as both “necessary action” and “discrimination”, sparked major discussion and debate globally. On a beach in Nice, in the south of France, a woman was forced to remove her ‘burkini’ – an article of clothing which has become increasingly popular with women of Islamic beliefs, since it was first designed by Australian fashion designer Aheda Zanetti in 2004. The incident in question took place in close proximity to the city’s Promenade des Anglais, the location of the lorry attack which claimed the lives of eighty-four people on Bastille Day just a month previously, an attack which ISIS (Islamic State of Iraq and the Levant) later claimed responsibility for.

The woman in question, whose family have been French citizens for at least three generations, was issued with a fine which stated that she was “not wearing an outfit respecting good morals and secularism.”  The incident has since sparked controversy worldwide, as many believe its implications grow deeper than the French society’s fears for security and could perhaps be considered as a form of Islamophobia. In September 2011, the Senate of France passed a bill which prohibits the concealment of the face in public spaces, resulting in the ban of masks, helmets, balaclavas, niqabs, any veil covering the face and burqas (if covering the entire face). 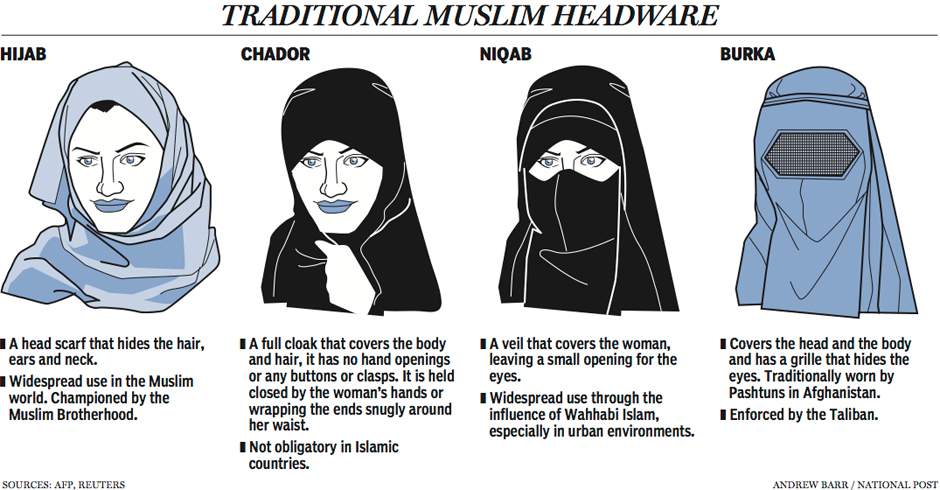 Anyone who is seen disobeying this law can be fined from €150 for violating it and up to €30,000 and one year in prison if they’re found to be forcing another individual to wear such a garment and / or conform to their beliefs. The main reason behind the enforcement of this law is that face-coverings prevent clear identification of a person and is therefore a major security risk. However, this law doesn’t extend to garments such as the hijab or chador, as neither cover any facial features and therefore don’t hinder identification, which relates back to how the proposed banning of the burkini, a garment which in no way prevents an individual from being identified, could be seen as both discriminative and downright pointless.

While France has undoubtedly been subjected to some of the world’s most extreme and devastating incidents of terrorism inflicted by ISIS and its associated militant groups in recent years, their actions towards creating a society free from threats and anonymity have in many respects transcended into acts of inhumane discrimination and disrespect for many of its citizens. Of course, law enforcement and police fines aren’t the only way in which traditional Muslim attire is being disrespected in today’s society. While France’s banning of the burqa may be the most obvious example that springs to mind, the actions of many Western pop stars could be considered equally as shocking.

Certain celebrities have worryingly made the rather ghastly named ‘Burqa Swag’ a thing, from Rihanna’s sexualising of her own interpretation of the burqa while posing for photos in an Abu Dhabi mosque to Lady Gaga’s incredibly inappropriate track titled ‘Burqa’, which includes lyrics such as “Do you wanna see me naked, lover? Do you wanna peak beneath the cover?” While some may regard these actions as an aim to ’empower’ women of Muslim beliefs, the majority of people will view them for what they really are – publicity stunts with the intention of growing a fan base, resulting in the inappropriate sexualising of a religion and its beliefs.

When it all comes down to it, any topic of controversy surrounding a religious or cultural belief is going to be a sensitive subject. It’s clear that in the case of Muslim attire, there’s a very fine line between respecting an entire religion’s belief and taking action for the safety and protection of a nation. And as for ’empowering’ women to the point where their beliefs are immorally sexualised for the sake of a certain pop star’s Instagram? Almost as disastrous a faux pas as the raw beef dress of 2010.