The former member of The Saturdays speaks to Hannah Kingston about her solo career, pouring her heart into her music and keeping it cool

I want to ask her how she keeps her hair so shiny and where did she get her lovely necklace and will she sing me ‘Stay My Love’ because, quite frankly, I’m a little bit star struck. But I’m here with Una Healy to find out about her new solo career and subsequent album so I keep it… relatively cool.

“How are you?” She beams before she asks if I would like a drink. “Oh, I’m good, well I’ve been terrible, totally ruining all my resolutions,” I babble on, before asking Una about her own self-promises.

“I didn’t make any because I think it’s too much pressure; January is quite a transitional time. After Christmas everyone is a bit burnt out after travelling or partying and there’s this whole thing of ‘right we need to get into the gym, I’m going on a detox, blah blah blah’. I didn’t make any so there’s nothing to break.” Genius.

Una recently announced that she signed with Deco Records, releasing The Waiting Game, her new album. The music certainly has a country vibe to it, but as Una explains, “It’s not complete country. There are a few singer songwriters involved so there are different genres that run throughout the album. Folk, pop, rock and a country vibe too.”

The Saturdays came together ten years ago and remain close despite working on different projects; however the singer songwriter is clearly unafraid by the prospect of going it alone. “Nothing’s changed for us personally as people. We always have each-other, we can always talk to each-other but we don’t work together all the time anymore. When we were together, we would see solo acts and we would feel a bit sorry for them.  We would be like ‘oh look at them on their own’, you know. We had the comfort of each-other, but I know this is my own project, this is music that I’ve written myself, it’s very personal and it’s a new challenge that I’m looking forward to.”

Healy started writing her own music with her guitar from the age of twelve. Twenty-three years later and it’s clear to see that she was always destined to make music. She feels that she’s come full circle, and while she found herself with The Saturdays, she’s now prepared to start a new adventure. She’s as hungry and excited as she was starting off fifteen years ago.

“I am a brand-new act in my own right, I know I’ve come from The Saturdays and it’s shocking for some people to see that I’m doing this music but it’s very much true to my roots and what I was originally starting out doing back in the day.”

The Waiting Game contains an array of different themes, and when asked about the inspiration behind the soulful melodies, Una states that the themes are universal, that everyone can relate to the album in some way. She was fearless when pouring her whole heart into the album, to share personal experiences and to heal through writing music. While the album is not a biography, it’s an open book which is tangible for other people to make their own.

“People can adopt it. It’s about the ups and downs in life, that’s what The Waiting Game is all about: taking the rough with the smooth. There’s love songs in there. There’s the happy side of life, with the kids. About Ben I’ve written love songs, even the harder parts of marriage. It’s free to the world.”

The selection of songs portrays a depth of emotion that cannot easily be ignored. ‘Stay My Love’, co-written by Amy Wadge, who has worked with Ed Sheeran in producing Thinking Out Loud, particularly sticks out to the naked ear.

“It just came out; I was like la la la my love and she was like won’t you stay my love? And I was like YAY.”

“It came into my head when I was travelling over to do the voice. I can’t look at my phone when I’m travelling because it makes me feel sick sometimes, so I was resting my head back on the seat with my eyes closed when this melody came into my head. My love was in my head. My love, my love, my love; I kept thinking my love. I quickly hummed the melody into my phone because I was thinking ‘I can’t forget this, this one’s going to be good.”

‘Stay My Love’ is an example of a piece that explores the hard part of being in love. It’s for those who are “too cool” to admit their feelings yet can’t quench that desire to be together, even if just for one more night. “The song is about that kind of sadness that comes with love.”

Moving from being one fifth of a highly-acclaimed girlband to going solo means that there are great changes in the music production side of things. Most of all, Una believes that it allowed for the headspace she needed to get that inventive flair going.

“There wasn’t really enough headspace. It’s very different, now I’m seeing the track in its complete raw form from being a little seed in my head. I’m there every single step of the way. But I’m not trying to say that being in a pop group is manufactured or anything like that because we did work very hard, it was just a different side.”

And despite her great success throughout her career, Una hasn’t always had it easy. Having a baby, moving house and being a judge on The Voice lead to an excessive amount of stress for the pop princess. We briefly discuss the care for those who are emotionally ill in Ireland, the lesson being that talking should be the first step on the road to recovery; 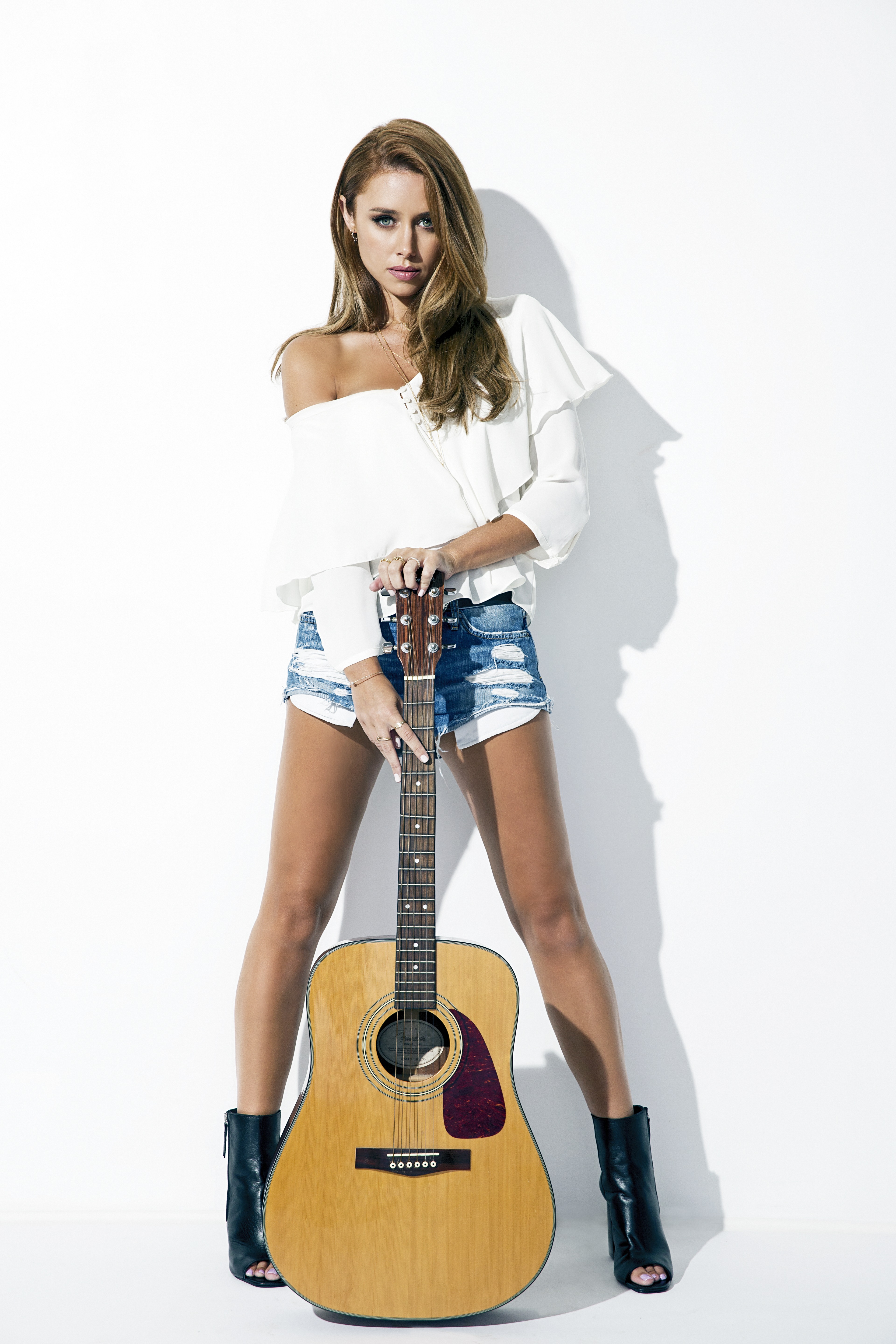 “I’ll tell you what it was: it was adjustment disorder, I would say, because I went back so soon after having a baby. I went back to work, and I just moved house and it was two days after moving house that I came over to Ireland with the baby and then just knowing that I wasn’t going to see Ben for so long, my hormones were all over the place. I had cabbage leaves in the bra, with sore boobs. I was breastfeeding, at the same time and, though that is my job, I wasn’t coping to well with the stress. It was too much, too soon.”

For many, there are different ways of dealing with the stresses of life or illustrating your frustration but for Healy, she states that her love for music and creating music is what gets her through the harder parts of life. “Yes, oh totally, I need to write about my experiences and all of that. But I was never in my whole life put on antidepressants. I think that for something like that, a chat, or counselling or a bit of behavioural therapy should have been the first port of call for anyone like that, not a tablet.”

Una Healy, despite the trials she has faced, has come back onto the scene, ready for more. She is receiving the success she deserves as a talented and dedicated artist who has always stayed true to her fans.

I have managed to stay relatively cool until now so I finally have my little fan moment – I ask her about her beauty secrets (she looks younger than me and is a mom).

“I don’t know, I feel like what I felt like when I was eighteen so I suppose there are elements of that in it.

I don’t think there is a shade for us.We need to bring out a range. “That can be our New Year’s Resolution for 2018.”

Una Healy will play the Sugar Club in Dublin on the 16th of February. Tickets are on sale now.