Coincidence, destiny, or fate – what is the force that guides our lives? By Aoife Walsh.

Growing up, my mother always told my sisters and I ‘what’s for you won’t pass you’. Anytime we were faced with the harsh realities of life, she swooped in with a cup of tea and reminded us that if the door didn’t open, then it’s not your door. It’s something I have carried with me. I’ve never questioned the concept of fate or destiny. I’m not a religious person, but I think I take solace in that I am exactly where I am supposed to be, good or bad, in the same way that some people believe God’s got a plan for them. Instead of the Bible, I’ve got a bracelet hanging around my wrist with ‘what is for you will not pass you’ inscribed on it, and the wallpaper on my laptop tells me ‘no rain, no flowers’. I tell myself to respect the unexpected; if you do what you’ve always done you’ll get what you’ve always gotten; failure is a bruise not a tattoo; and we can’t direct the winds, but we can adjust the sails, and so on. I’m a walking Pinterest motivational quote board. Anytime a friend comes to me with a problem, I spill out these mottos that are etched into my core in the hope that it might give them the same sense of peace it has given me, even if only briefly. Broken up with your significant other? They just weren’t the one for you. What’s for you won’t pass you. There’s plenty of more fish in the River Lee. Didn’t get the job? No worries, it wasn’t your job to get. Your failure is someone else’s success. Something better will come along, learn from this and move on. This thought process is what keeps me ticking over.

The idea that something better is always on the horizon gives us all hope. Yet lately, I find myself questioning how much of my failures and misfortunes can be cemented over by telling myself that if it wasn’t for me it wouldn’t have passed me, and how much of what I’ve got is from me grabbing it with both hands regardless of whether it was meant to be. Do I believe in fate, or am I using it as an excuse? As much as I believe my mother when she tells me to trust the process, I’m also a firm believer in the idea that good things come to those who get up and work for it (last cringey quote, I promise. I’ll try to control myself from this point onwards). Does the universe have some plan mapped out from me from the minute I was born, or have my series of mess-ups and successes determined where I am now?

Finding the answer is like climbing the Penrose stairs. It seems impossible. To explore this, it’s important to understand the fundamental difference between fate and destiny. The English Oxford dictionary tells me that fate is ‘the development of events outside a person’s control, regarded as predetermined by a supernatural power.’ Personally, I understand the ‘supernatural power’ to be the force of the universe. Then, there is destiny. Destiny is the combination of your fate, and variables that you can change in your path. In other words, your destiny is decided based on the choices that you make. And then to make things even more complex, there’s coincidence to consider. Coincidence is when two or more events happen that seem to be connected by chance. For example, imagine you met someone at a party and really hit it off. Suddenly, you’re called away by a friend and you have to go home. For some reason, you never asked that person what their name was. You don’t know who any of their friends are, or why they were there. All you know is that you liked talking to them. A few days pass, and you’re on the train home. You look up, and they’re sitting right in front of you. You strike up a conversation and ask them out. After, you both run off into the sunset together. Was it an act of fate that they ended up on that particular train, at that time? Does it mean you’re meant to be, or does it just come down to coincidence? Although the romantic in me wants to believe it was fate, I’m moving more towards the latter. Your choices in life act like tipping dominoes: everything has a knock on effect. How could it not? If it didn’t, nothing would ever happen and we would all just be stuck in the same space while time passes us by. Fate, destiny, and coincidence are all interconnected. You ended up on the same train, which was a coincidence. It was you who decided to ask them out: that was your destiny, chosen by you. Whether it was fate or not, I am undecided on.

I like to believe that the universe works to put two people in each other’s paths but works just as hard to keep two people who aren’t meant to be together apart, but I don’t know how realistic that is. It’s down to each individual to decide for themselves. With this in mind, here is my insightful, life-changing, well-thought-out conclusion: It doesn’t matter. We all came from the same place. There was nothing, and then there was life. After life, there is nothing again. We go back to where we came from. All the happiness you experienced from the first time you fell in love, all the pain from unrequited love, the joy from the birth of your first child, your first promotion, your wedding day, the despair from your first, second, and hopefully not third divorce. It all disappears. It’s meaningless, but extremely important at the same time. We all exist to walk each other home, helping each other to get to wherever it is we’re going next. Whether that is predetermined by some supernatural power is irrelevant. You, and your life and the events that happen in your lifetime are important because you exist. You’re someone’s child, you’re a person’s friend and equally someone’s enemy. You’re also someone’s object of affection, and possibly another person’s biggest regret. It all happens in a time frame. Time doesn’t stop for me, you, or anyone, but the amount of time we have on Earth is unknown. Forget what ‘fate’ has in store for you, and take control. You get what you work for. Tell that person you love them, and don’t fear rejection. Tell your friends you appreciate them. Spend time with your family. Recognise what you have, instead of focusing on what you don’t have. Give in to the sadness, the same way you would with happiness.The good cannot exist without the bad. Whether it was meant for you or not is beside the point. But if inspirational quotes, or the Bible, or sad, profound lyrics from some song by The Smiths is what softens the blow of the bad, then so be it. 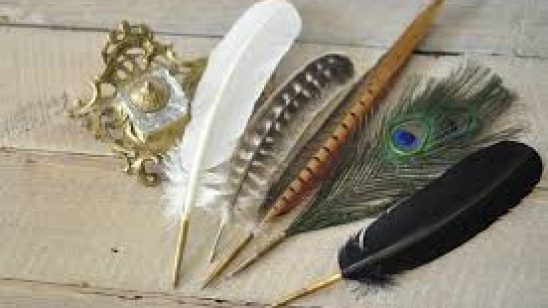 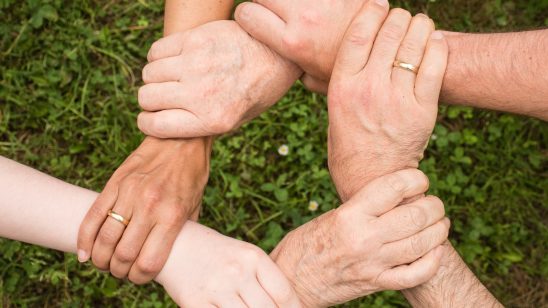 Have I Got a Friend in Me?