At the time of going to press, this guide was wholly accurate; it should be noted that it is subject to change and none of the above events may ever, ever, take place. A look into the week’s must-attend events with our very own Features & Opinion Editor Killian Down.

Alongside R&G week, Freshers’ Fest is one of two weeks annually emboldened on the UCC social calendar. Many students, clearly keen to actively engage with the University’s literary syllabus, take the credo of To Kill a Mockingbird’s philosophising lawyer Atticus Finch to heart for the duration of the week, and walk a mile in the shoes of an inveterate alcoholic. Although empathetic, this course of action often leads to students missing out on the innumerable events which take place across campus during Fresher’s. As such, we’ve created a timetable to organise your drinking around so that you can fully participate in the spirit of the artist formally known as Freshers’ Week. 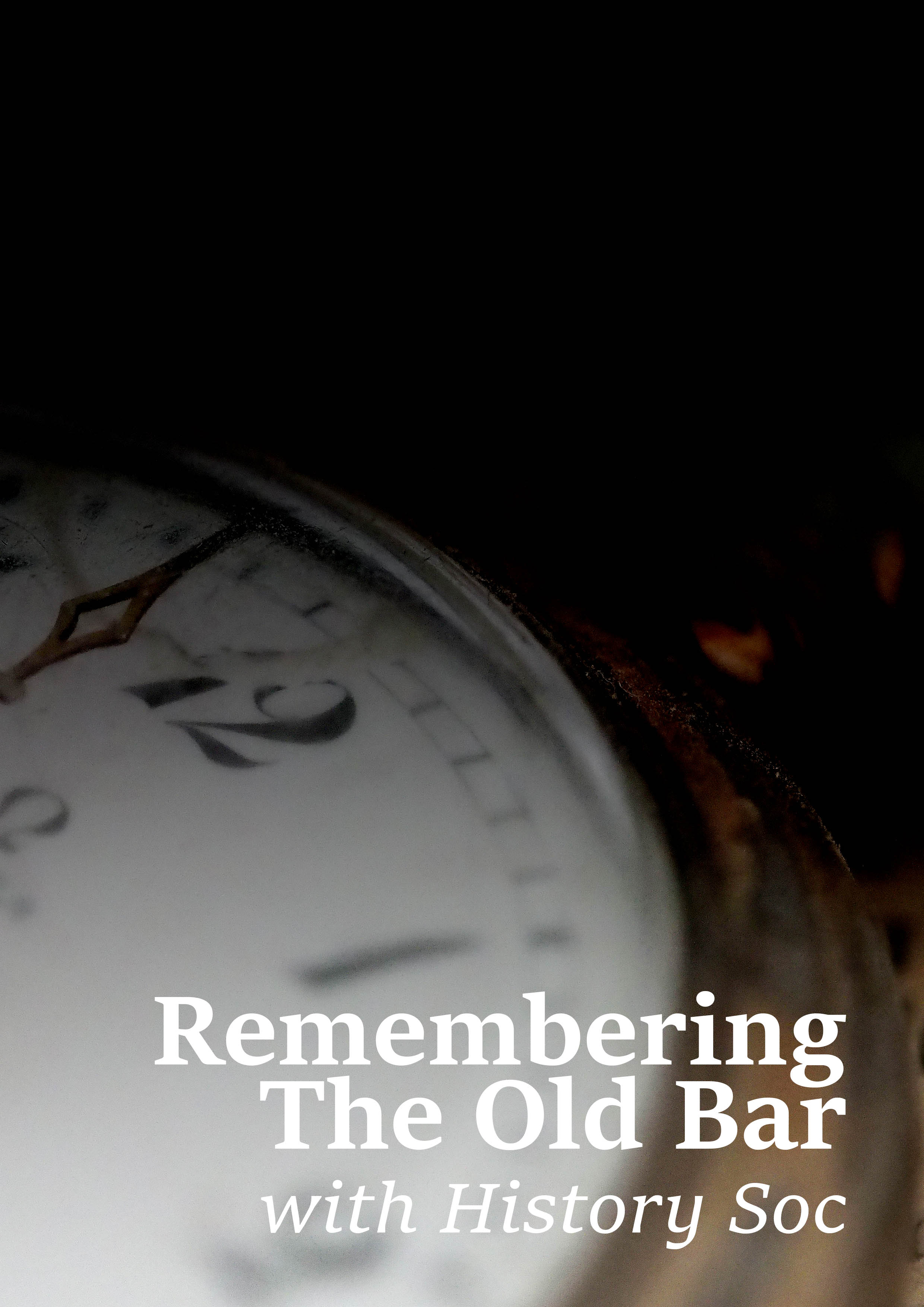 Why not kick things off in academic style on Monday while your mind is still agile at an event co-hosted by the English Literature Society and the Historical Society in the Old Bar? Starting at 2pm sharp, the two societies take a trip back in time with archive footage of the official naming ceremony of the now soon-to-be-shut Old Bar. The English Literature Soc hopes the footage will serve as a real-world example of ironic foreshadowing.

The student population is traditionally seen as the section of society which keeps alive the flames of protest, and the students of University College Cork are no different. On Monday at 4pm, the UCC Hieroglyphics Society will hold a protest against the recent spate of summer graffiti on campus outside the Boole Library. 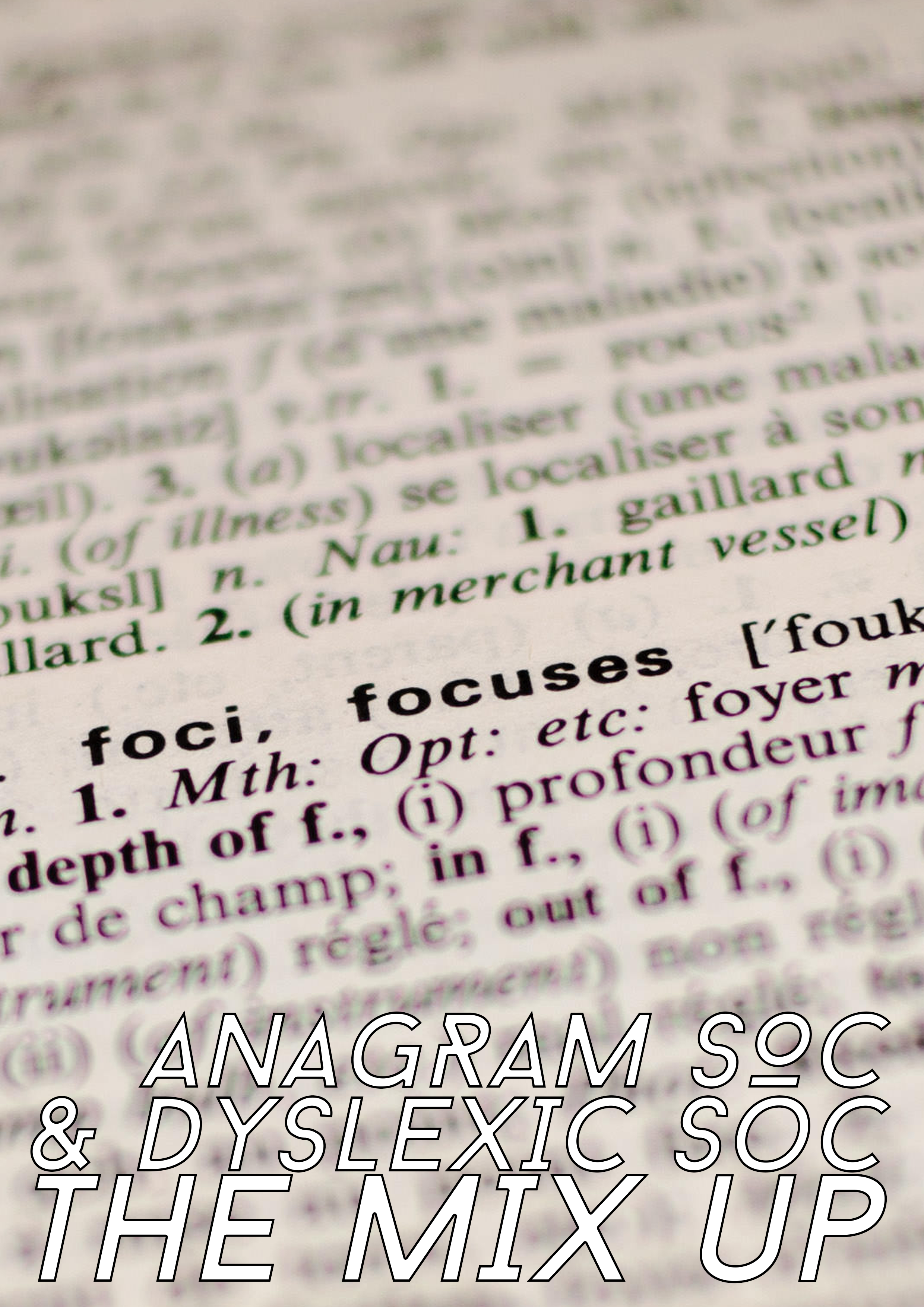 If Monday’s events strike you as being excessively sombre, then start Tuesday in boozy style at the champagne breakfast being held in Devere Hall at 10am. This event is a celebration of the amalgamation of two of the University’s most prosperous societies, the Dyslexia Society and the Anagram Appreciation Society.

In a minor change to the previously-published schedule, the Student Union has been forced to cancel the firework display it had hoped to hold on Wednesday evening at 9pm in the Amphitheatre, due to licensing issues. In its place, a pro-life campaigner offered as a human sacrifice by the Young Liberals Society will be burned at the stake. The hosting society wishes to assure all attendees that the stake will be made of wood from a sustainable source while the human sacrifice will be sourced, kicking and screaming, from the Honan Chapel.

It should be noted that a debate on the morality of the sacrificing of pro-life campaigners, due to be held in the Boole Basement at 6pm that same evening, has been cancelled by the Young Liberals Soc on the grounds that, well, they couldn’t possibly be wrong could they and you’re a bloody fascist for even entertaining the notion. 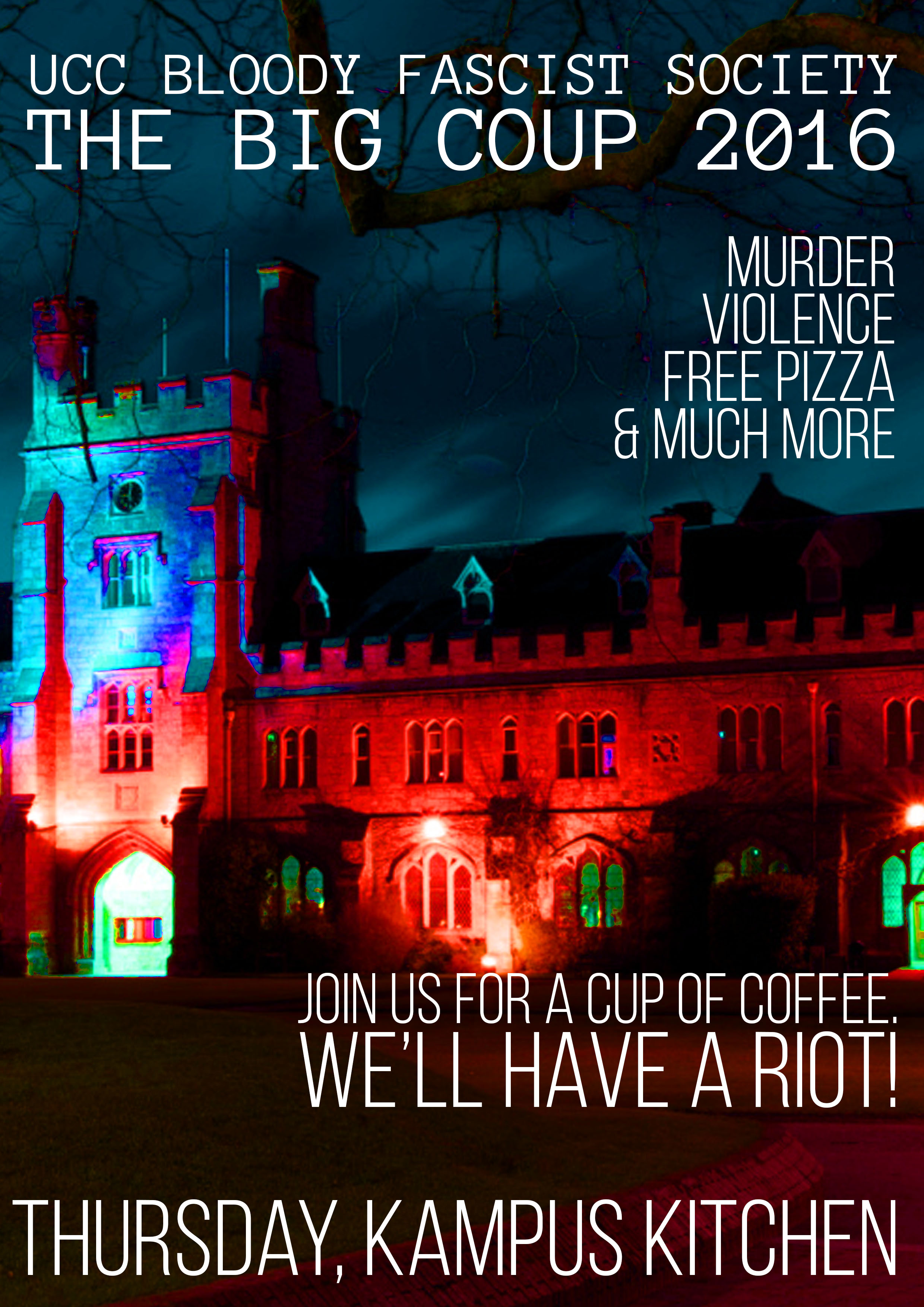 The Bloody Fascist Society is holding a Freshers’ coffee morning in the Kampus Kitchen on Thursday at noon, with refreshments and light snacks provided. Immediately following the coffee morning, the society will attempt to mount an armed coup against the Student Union leadership.This event looks to be a really invigorating way to kick off the last day of Freshers’ so raid your armoury and come on down. Be warned, however, that Met Éireann is predicting blustery winds with a possibility of showers for Thursday so do be sure to bring a jacket.

The librarians of the Boole and Brookfield libraries are keen get into the spirit of Freshers’ Fest and show the student population their librarians are not squares; they’ll be hosting a mass book-burning at 8pm outside the Boole library on Thursday. Head Librarian of the Boole Library, Plethora Gubthwaite, stressed at length to this publication the importance of attendees bringing both “a positive attitude and a highly flammable liquid” to the event to ensure its success. This year’s burning should be a real treat, as for the first time librarians will dip into the Special Collections section of the Boole library, described on the library’s website as a “unique and distinctive collection of rare books”.