The last twenty-something years have been pretty sweet and decision-free.

The majority of us have moved seamlessly from primary, to secondary, to third level education with only one or two CAO related bruises along the way.

By final year of college, those bruises have long faded. But now, as our three or four-year courses enter their final semester, it feels like we are about to enter the boxing ring that is the big bad world of adults, where a total knockout or, at least, a few broken dreams are practically inevitable.

We’ve enjoyed a lifetime of knowing exactly what the next year holds, yet I’m pretty sure I could find that missing Malaysian plane before I solve the mystery that is my career plan.

Everything is so laughably unsure that I would be as well off asking Mystic Meg for advice as I would be booking an appointment with the college Career Service. After numerous career assessments with no conclusive result, I now understand why you need the word “psycho” in “psychometric testing” because if I do one more I will go certifiably insane.

Life has become an attempt at balancing exams with existential crises. Lecturers have suddenly transformed into salespeople as they pitch their masters courses using mildly desperate PowerPoint presentations. No amount of postgrad talks carrying the promise of “Free sandwiches! J” can convince me to pay ten grand for a course that will take a year of my life and leave me in the same state of confusion as the one I am in which I am currently wallowing.

Clearly, I’m not the only one who feels this way. People are beginning to panic. Those who once swore that Greek Mythology was their lifeblood are now applying for a masters in Marketing and Management. Suddenly, everyone wants to be an accountant, or a teacher, or have a vague ‘Chandler from Friends-esque’ job, like a “business analyst”, where even they aren’t entirely sure what they do.

The idealism of our course choices as an 18 year old are fading as life on minimum wage becomes an increasingly imminent reality if you are studying anything that doesn’t concern science, business, computers or children.

Perhaps worse off are those who have entered a pretty solid, job-guaranteed course, who have a bright, office lamp-lit future in front of them. They will have no trouble getting by in their profession, but some of them already harbour a growing resentment towards what they’re doing. These people are smug as hell right now- unlike many, they know where they’ll be next year, the year after that, and probably the year after that; in fact, you’ll probably find them in the exact same place in twenty year’s time.

Everyone’s existential crisis comes at some point in their lives, and while many students deal with it now, I would bet good money that the people speeding from their conferring ceremony into the nearest cubicle are going to royally lose their shit in their forties. In my view, it’s preferable to call your life’s purpose into question in your early twenties, while you’re young and free of responsibility. Better now than in a few decades time, when you might have children you will traumatise with your decades worth of regret and a mortgage that cannot be paid back with the rewards of ‘finding yourself’.

As deadlines approach and pressure mounts, and as the future feels more present than ever, I plan on following one rule. I plan on only making choices that either excite or absolutely petrify me. We have the rest of our lives to play it safe, to make the responsible choice, to settle down.

But for now, settling at the expense of my happiness is not an option. I will always be jealous of the people who are perfectly content in a direct career path, but the majority of us don’t have it so easy. Most of us are in limbo and that’s not reassuring- in fact, your Granny will most likely be lighting candles for you daily, but it is far more interesting.

Instead of looking at our uncertainty as a disadvantage, let’s appreciate it for what it truly is: the adventure 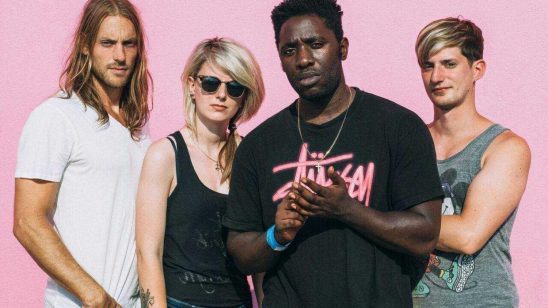