Contributing writer Brenn Liddy discusses the way in which space innovation and exploration has become a geopolitical competition and addresses the issue of expenditure in light of other ongoing global issues.

In recent years the space race has once again gathered momentum and is drawing many parallels to the original space race of the 1960s and 70s between the United States of America and the USSR. Why and how the moon has become an obsession for space explorers again? And is the cost of going to space really worth the expenditure it necessitates?

Since the original space race, more countries have entered the world of space exploration. The United States still accounts for more than half the world’s public space expenditure. China is now in second place while Russia has fallen way behind its competitors in this realm. In fact, more than 70 other nations have space programs. Large countries such as Germany, France and India are active in this area as well as nations like Iran and the United Arab Emirates, which even sent an orbiter to Mars in 2021. Peru and Angola also have a spatial presence with their own satellites.

In the past, the space race was about the battle between capitalism versus communism. This battle tapered off once the USSR had lost interest in space exploration and the US did the same once they realised they no longer had a competitor to motivate and push them. Increased competition from more countries launching their own space programs and from companies such as Blue Origin, SpaceX and Virgin Galactic has driven down space travel costs. This competition is diminishing the cost of space access because of inventions like reusable rockets, miniature satellites, and possibly private space stations in the future. Launching a mission to the International Space Station has diminished in cost by a factor of 4 in the last two decades.

However, in parallels to the original, the modern space race is also a political battle with “astropolitics” following “terrapolitics”. There is a lot of political tension between the US and China at the moment and this is reflected in space. For example, in 2011, Congress banned US scientists from cooperating with China out of fear of scientific espionage in what has been dubbed the Wolf amendment. Furthermore, Taikonauts (Chinese astronauts) have been banned from going to the International Space Station. In yet another parallel to the space race of the 1960s and 70s, a bifurcation of space exploration has occurred with one side dominated by authoritarian countries like Russia and China while the other side mainly consists of “like-minded” democracies aligned with the US with both camps competing for space domination. However, with the decommissioning of the International Space Station in 2024, China’s space station (Tiangong) will be the only permanent presence in orbit. This means, the competing camps may have to cooperate in the future. Another key difference is that during the 1960s and 70s while there were military tensions on earth between the two superpowers, there was only a possibility of war on earth. However, in this new era of space exploration, a space war isn’t beyond the realms of the imagination. There are thousands of satellites in the sky and these are inherently dual-use, meaning they have both civilian and military applications. The US government even set up a department called Space Force to be ready in the event of space combat. These countries are all vying to become leaders in space exploration, and to reap the benefits of pride, international prestige, scientific advancement and technological progress that such leadership provides. With so many countries involved and with such contrasting beliefs, it isn’t difficult to imagine the outbreak of conflict.

Why is going to the Moon relevant again?

NASA wants to create a sustainable human presence on the Moon with missions potentially lasting several weeks. The purpose of this would be to deepen their knowledge of how to prepare themselves for a multi-year round trip to Mars. This presence on the moon would help them understand how best to counteract challenges such as the intense radiation in space (enough to tear apart the Tesla Roadster Elon Musk sent into space). There is water, in the form of ice on the lunar south pole. This could possibly be transformed into rocket fuel by separating the hydrogen and oxygen atoms. Thus, the moon could serve as a refuelling station on the journey to Mars. The US has also reignited its interest in the moon to fend off the Chinese government who they fear will develop a stronghold on the moon. The current Chinese government is using their recent landing of an orbiter on the lunar south pole of the moon as part of recent propaganda to stay in power and to augment China’s influence and status on the world stage. Therefore, it is clear the moon is of renewed interest for reasons both scientific and political.

The opportunity cost of Space Exploration

Would this money spent on space not be better served elsewhere? Why are we focusing so much on travelling to the moon and to Mars when there is still so much work to do here on earth? Would it not be better to attend to our own planet first before attempting to conquer others? According to the World Economic Forum, even as much as $6.6 billion (a meagre sum in comparison to what space travel costs) is enough to give those who are starving one meal a day for a whole year. (Wood, 2021) Furthermore, we are in the midst of a climate crisis. The effects are clear to see with the melting of the ice caps, rising sea levels and an increase in extreme weather conditions. One way of combatting this issue is to switch to renewable energy. According to Windustry, a commercial wind turbine costs approximately 2 million dollars. If the United States decided to spend the same amount of money they spent on the Apollo missions (adjusted for inflation), they could theoretically end world hunger for a year and still have enough money to purchase two hundred and thirty-eight thousand wind turbines.

The modern-day space race draws many parallels to the original space race of the 1960s and 70s with two camps, formerly the US against the USSR and now US and its allies against China and its allies, battling for space domination. Like the original, it seems to me that this modern space race is primarily about garnering international prestige and bettering bitter rivals. This is clearly evidenced by the fact that the US only solidified its interest in returning to the moon once the Chinese government had sent orbiters there. It is also evidenced by the use of China’s unmanned mission to the lunar south pole in recent propaganda. I strongly believe, the countries currently involved in the space race should abandon their spatial pursuits and instead focus on real issues like world hunger and climate change here on the planet we call home. 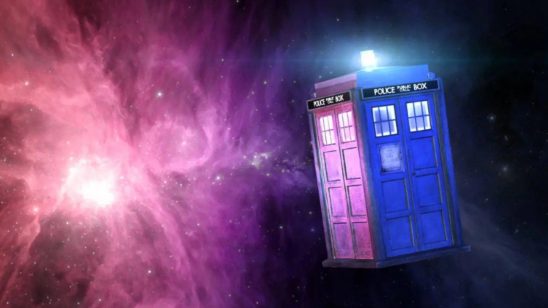 A Guide to New Doctor Who 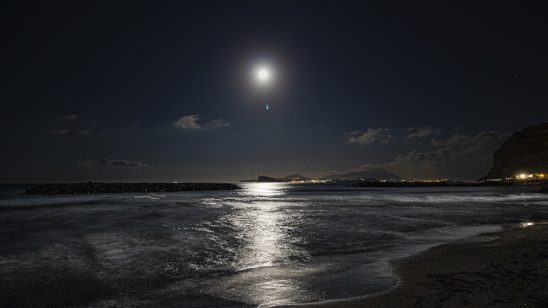 The Deep Seas Should be Prioritised over Space Exploration