Resident Grinch and seasonally-tragic homosexual Alana Daly Mulligan reviews a Christmas movie about the struggles of coming out and coming to terms with yourself.

Christmas sucks balls, or baubles rather, and for many queer folks, it’s that most wonderful time of additional pressures. Maybe you’re bringing home a partner, planning on coming out, or perhaps you’ve been shoved back into the skin of playing it straight; dodging the questions about what opposite-sex BIS-student you could be involved with.

Clea DuVall’s holiday-offering gives us a glimpse into life on both sides of the closet door, and the drama that happens between the rails of cashmere jumpers, sparkly dresses and, former-sparkly vampires. Harper (Mackenzie Davis, who the queers might know as Yorkie from Black Mirror’s ‘San Junipero’) and Abby (Kristen Stewart, who the straights might know from small, indie-franchise Twilight) are busy being young and in love, bless. We learn that Abby doesn’t like Christmas, Harper does, and after the magical experience of falling off a roof and being chased by a bondage-loving reindeer, the pair decide to spend the holidays with Harper’s parents. But, all is not well in Pittsburg: Harper hasn’t come out to her conservative family, and so begins the holiday antics, involving lots of jokes about closets, beards, and hiding the reality of their relationship.

Stewart’s performance is pleasantly surprising. In this film where the comedy can often feel far-fetched, it’s Stewart’s performance that grounds us in reality. Her French cinema credits flex through her physicality on screen; the little touches, the glances, Stewart uses her entire body to emote an experience of loving, easily recognisable as authentically queer.

But, bottom line, both actors are too-serious for this comedy-billed film, aide-de-camps in the comedy but not themselves comedians. Were it not for the supporting ensemble, this film would fall flat. Mary Steenburgen, Mary Holland, Dan Levy & Aubrey Plaza add fun emotional-lubricant to a film dried-out by Stewart and Davis.

Steenburgen has some of the funniest lines and the Oscar-winner carries the family’s character with fabulous, often-terrifying flair as mother-goose, Tipper. As comedic as she is, she’s also cold, cutting and condescending, and her impact more icy thanks to Stewart’s reactions; the quiet hurt, the gentle sadness.

Holland’s role as warm but eccentric Jane sometimes teeters on overcooked. She’s the most pantomimic character of the piece, her performance is not so much textured as it is colourful, memorable, but as I write, I’m unsure if I really enjoyed it.

John (Dan Levy, son of American Pie’s Eugene Levy – inheriting eyebrows and comedic timing apparently) is Abby’s confidant, playful feminist backbone, and pretty awful petsitter. “There’s nothing more erotic than concealing your authentic selves” he jabs. Delivering some of the most impactful nuggets-of-truth in the 102 minutes, DuVall’s writing is at its strongest here: deep-seated emotional exposés are beautifully-crafted, rooted in the wider issues of LGBTQ* film. For too long, we’ve held up hidden-love as something, perhaps not desirable, but the only way queerness can be represented on screen. This film turns such clichés on their head and declares that LGBTQ* stories shouldn’t have to be about hiding or the tragedy of feeling differently.

But for me, Plaza made this film, not only because she was the queer representation I needed in my touch-starved lockdown-life, but because the performance was thought-provoking with regards to queer-female friendship, the complex (and often slightly incestuous) LGBTQ* dating-pool, and the unfair pre-disposed belief that queer women threaten the social balance. Plaza’s performance as Harper’s ex-girlfriend Riley might be one of the most layered. She’s an uncomfortable ghost of ex-girlfriend’s past, initial competition for Abby, but by the end, because the gay world is too small, the pair become friends. Riley braces Abby for the film’s emotional climax and reminds Harper of the damage hiding can do. Her understanding supersedes jealousy: a character who is an expected-antagonist becomes one of the greatest sources of solace.

In a way, this film is about ghosts, the ones that horrify us from engaging with the land of the living, for the fear that we too might metamorphose from haunted to haunting. But, it’s the forces of ghosts that propel this story forward, remind us what it is to feel human, and love as such.

This is the Christmas story of hope and happy-endings that angry Carol-loving lesbians have been trying to convince the world of since the infamous, and slightly predatory, clandestine glove-lunch happened. DuVall succeeds in creating a queer Christmas film for the ages because she’s listened to such spectres, she knows about the bodies in closets, and she’s set them free. 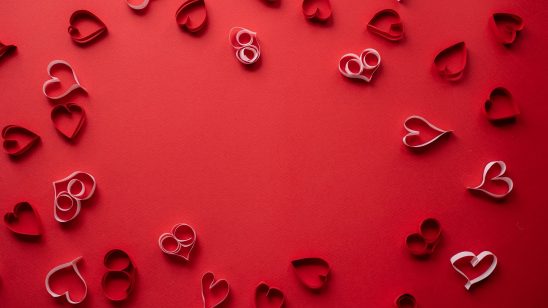 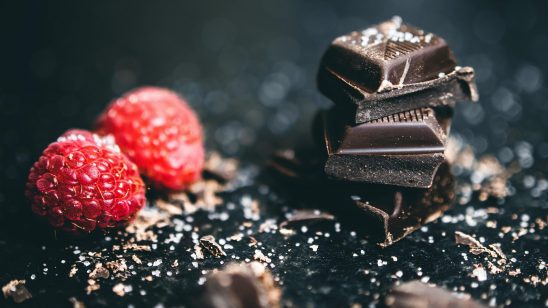 Bisexuality: Best of both worlds or the Pariah of the Queer Community?