Following the recent General Election, Eoghan Scott speaks with Dr Mary Favier, Cork GP and Doctors for Choice advocate, about the possibility of a future Irish referendum on the 8th amendment.

On Saturday 27th February, the “Munster Rally for Life” took off from Grand Parade in Cork City. To counteract this demonstration, the Cork Women’s Right to Choose Group hastily put together a march of its own outside City Hall. From what I personally saw, the Rally for Life appeared to dwarf the hurriedly put together Pro-Choice crowd, and proved an intimidating presence.

However, when I broached the subject with Dr Mary Favier, Cork GP and Doctors for Choice advocate, she emphatically disagreed.

“That’s interesting… I actually thought it was really small. It was relatively small in comparison to how big they’ve been in the past at any rate. I really got the sense that, though let’s not underestimate them, their day is done. I thought to myself that they might even regret calling that rally. It was supposed to be a Munster Rally, and it wasn’t a Munster Rally by any means…”

Though nonetheless, I offered, it felt like the march would never end as it went past.

“It did, didn’t it? Let’s not underestimate how powerful a force it is. Now, it’s an aging group, but people have very strongly held views in Ireland, and they’re entitled to their views…but just don’t impose them on anyone else.”

As I spoke to Dr Favier, she was keen to stress why repealing the 8th amendment (thus allowing for human rights compliant abortion legislation in Ireland) is an issue that students should care about.

“By definition, the student population are young and of reproductive age, both male and female, and this issue directly impacts on their lives. Effectively, for women and men as their partners, they are negatively impacted by legislation that raises the status of a foetus to that of a woman. A woman has the exact same rights as a man and is a fully sentient human being…up until she gets pregnant and then she loses her rights until she delivers the baby, and that’s why it’s very important to students because they are the ones who may be in this situation where they might become pregnant and need options.”

Having been a member of an early iteration of UCC’s Feminist Society during her time as a student, Dr Favier is aware of the importance of such collegiate organisations, and pinpoints their importance down to two reasons.

“One is to have an impact within the university and I think for this they’re really important. The fact that the college would hold events that discuss these issues is hugely useful and has an impact on students in terms of education and awareness raising. And secondly, I think it’s important for wider society to see high-profile groups make a stand and if you get publicized I think that’s fantastic, it’s a good thing to be able to refer back to.”

Given that the UCC Students’ Union recently voted to take an active stance to campaign against the 8th amendment, some students are wary that it is not the place of a students’
union to concern themselves with national matters, when there is already so
much on campus to be concerned about. However, Dr Favier disagrees.

“I think that once they’ve a mandate to do that, and I think they’ve got it by holding a vote, any issues that are pertinent to the well-being of students – which can be everything from abortion or contraception to housing and public lighting, it doesn’t matter.”

Yet, even among students, it is clear when speaking to people that many are conflicted as to
how far along during a pregnancy abortion should be allowed. Even many of those who are predominantly pro-choice are uneasy at the thought of late-term abortions. Dr Favier understands these concerns, though does not necessarily agree.

“I absolutely accept that people are conflicted and I think that’s fine for them as an individual, but I don’t think it’s fair for them to impose their conflictions onto other people. Some women aren’t conflicted at all, some are, but it’s always very important to assure people that the vast majority of abortions are early abortions. There is a mantra of ‘As early as possible, as late as necessary.’ Late-term abortions are rare, but nonetheless it’s important to allow access to them. The difficulty is if we are to say, ‘no, this is the time limit,’ who are we to say this person’s circumstances aren’t sad or tragic enough for us to agree that they can end that pregnancy? It needs to be thought of in terms of that… Who are they prepared to deny an abortion to? And that’s not to say they should ever have one themselves, because it’s about an individual choice.”

It was also interesting to hear Dr Favier’s views on what may occur should the 8th amendment ever be successfully removed from the constitution. This is because there is often concern among pro-choice supporters that something more conservative could replace the 8th amendment.

“I don’t see any eventuality of that. In repealing a constitutional amendment, the idea where they would try to insert something else into the constitution I can’t see as being successful, but we do of course need to be vigilant of that. I mean, ideally, we’d repeal the 8th and have nothing in its place but I can’t see that happening. So in an ideal scenario, the minimum set would be to repeal the 8th constitutionally and then put in legislation that was acceptable, and then of course we’ll be fighting about what that legislation would be but I don’t see them putting in something that would be worse, they wouldn’t get away with it.”

Whatever the case may be, it is evident that in recent years there has been a massive sea of change in people’s attitudes towards the pro-choice movement. Dr Favier asserts, however, that it still remains a much-divided issue.

“I think it depends where you are. If you were in college, I would imagine it’s much more equal now. It used to be the other way around where it was much harder to be pro-choice.
Certainly, when I was in college, there used to be Garda escorts around pro-choice demonstrations. We’ve come a long way even from that. In wider society, I think there’s an assumption that it’s easier to be pro-life. There’s a certain moral smugness around that but I think that’s slowly dissipating and you can see it. I mean, I have two teenage daughters and so many of their friends are pro-choice and that’s because it’s become the more accepted
position.”

Coming off the back of the recent general election, some might be concerned about the possibility of a potential Fine Gael / Fianna Fáil coalition which could encourage an amassing
of the right wing anti-choice groups and perhaps prove to be a significant obstruction in the road to repealing the 8th amendment.

“I think the outcome of the general election is perhaps not potentially positive for a repeal the eighth scenario because of this amalgamation potentially of the two right-wing parties that are also socially conservative and they will not want to deal with this issue so they will perhaps try to sweep it under the carpet and that may slow things down. But we’ll just have to deal with it and work on the opposition parties who will have a more positive repeal the 8th stance. I think we’re still up for taking that on and I think the time is now.”

As we finish up our conversation the future of Ireland’s government is unclear and, with it, the fate of the 8th amendment. 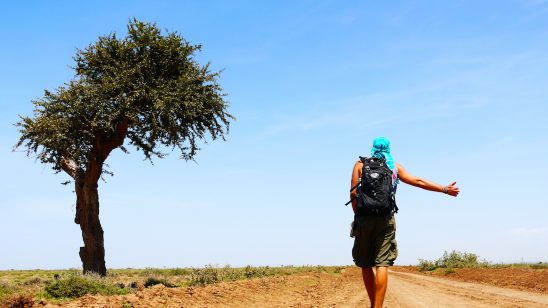 Tomislav Perko: Around the World in 1000 Days 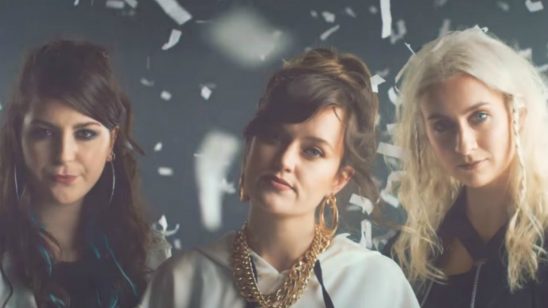