Contributing writer Ellen Mary Egan discusses the chronological events leading up to the Tigray humanitarian crisis, the current nature of it and addresses the reasons behind the general lack of awareness of it

The director general of the World Health Organisation (WHO), Dr. Tedros Adhanom Ghebreyesus has cited the conflict in Tigray, Ethiopia as being the ‘worst humanitarian crisis in the world’. But for many people, such as myself, this was the first instant within which they had heard of Tigray and their immeasurable suffering.

For readers who may be unaware, Tigray is the northernmost region of Ethiopia, bordering Eritrea; with an estimated population of seven million Tigrayans. However, this number is deteriorating at the hands of The Ethiopian federal government who are performing ethnic cleansing on the people of Tigray supported by their Prime Minister, Abiy Ahmed. Since the beginning of the conflict, just sixteen months ago, the estimated number of deaths currently sits at 500,000 Tigrayan people.

The question remains, how did this all come about? In December 2019, The Ethiopian Prime Minister Abiy Ahmed was awarded the Nobel Peace Prize for his part in ending a decades long conflict with the bordering country Eritrea. This conflict was a result of Ethiopia absorbing the European colony of Eritrea prior to World War II. Since then, the Ethipian federal government has been treating the tigrayans as second class citizens. During this time, such militia groups as the Tigray People’s Liberation Front (TPLF) came to power, resulting in  further periods of conflict and peace between Ethiopia and Eritrea; Eritrea even gaining independence in 1991 until conflict arose again. The TPLF were the largest party in government and known to be corrupt with election results consistently favouring them.

After widespread protests regarding the 2015 election results, the government selected Abiy Ahmed as prime minister in 2018. He was a well-known advocate for peace and unity of Ethiopia, coming from one of Ethiopia’s historically oppressed ethnic groups. Abiy Ahmed was a beacon of hope to the people of Ethiopia, not only was he a voice for the young people, but spoke of reconciliation, peace and promoted high moral values.

The TPLF favoured Abiy Ahmed, as they believed he would maintain the government they had built and saw him as a popular choice among the young people of Ethiopia. However, Abiy Ahmed was not very forgiving of the TPLF’s power and was in direct opposition to the party, he immediately showed animosity to the militia group-turned-political party. Dismissing corrupt members from power such as the army chief of staff. He undid many of their policies concerning censorship and journalism, releasing activists and political prisoners. Overall, he opened up the country to new possibilities and a promise of a new Ethiopia, safe from tyranny and unwavering conflict.

Abiy Ahmed, slowly but surely, started rebuilding the relationship between Eritrea and Ethiopia. Given the history of conflict between Eritrea and TPLF, Eritrea expressed solidarity with the new prime minister. Abiy successfully ended the decades long war between Ethiopia and Eritrea, earning himself a Nobel Peace Prize. Abiy transformed the coalition government that was formed by TPLF and Eritrean People’s Liberation Front (EPLF) into a single party government, The Prosperity Party. The TPLF were invited by Abiy to join this party, but refused, joining the opposition party in protest.

With the upcoming 2020 elections came hope for TPLF to rebuild power and establish a new relationship with the people of Ethiopia. But within the midst of the global pandemic, Abiy Ahmed postponed said election due to the virus. The TPLF denied Abiy and the Prosperity Party’s wishes and held regional protest elections for the people of Tigray. It was speculated that Abiy Ahmed postponed the elections because of the lack of popularity of the Prosperity Party among the Ethiopian people, and the little chance they had of winning the election. The restriction of federal funding to Tigray which Abiy ordered, did not minimise speculation. The TPLF retaliated by taking over a federal military base in Tigray, which ignited the beginning of conflict between Abiy’s coalition with the help of Eritrean forces and the rebels in Tigray. Slowly, Abiy started to undo all the progress the country had made around journalism and political activism, restricting people’s creative and political expression once again.

As of today, seven million tigrayan people are at risk of starvation with intense famine sweeping the region and further restrictions of agriculture, as some reports state some farmers are being restricted from planting their own crops. There have been a number of fatalities due to this, with further reports stating 1 in 3 children under five years of age are malnourished in this region. Along with this, six million of the population have been neglected of basic necessities such as internet access, medicine, freedom of travel and access to their own finances. Tigray is not new to this level of inhumane conditions as many report that the Tigrayan people were and still remain some of the poorest people in Ethiopia, even under the rule of the TPLF.

But this is not the end of their suffering, as for the last 16 months, there are countless reports of civilian massacres, ethnic cleansing and rampant sexual violence as forms of war tactics. Sexual violence as a war weapon has been banned by The United Nations (UN) since 2013, after decades of rape and sexual assault left communities broken and traumatised. However, Abiy and his military officials have utilised it as a weapon of war, once again. Drone attacks have been ordered in kindergartens and innocent towns in Western Tigray, adding innocent children and civilians to the growing death toll. While many would agree that the conflict is two-sided, the UN have accounted most of the fatalities to the Ethiopian federal military, investigating Abiy and his government for war crimes despite their pushback. International aid has been blocked by the federal government, increasing the fatalities of famine and leaving many of the region without food.

But why is no one talking about this? The director general of WHO, Dr. Tedros Adhanom Ghebreyesus believes this to be an issue of racism in the media and Western society. The ‘colour of their skin’ being the reason for neglect as compared to the treatment of the Ukraine in their 200 days of war. Though suffering of any kind can never be dismissed, Dr. Tedros Adhanom Ghebreyesus has a very clear point, as we see protests for Ukraine and the better treatment Ukrainian refugees receive from governments in comparison to refugees from Africa and the Middle East, there is a stark and frightening difference. Unfortunately, the intensity of the Trigray humanitarian crisis has gone unnoticed by many thus far, but with the persistence of Dr. Tedros Adhanom Ghebreyesu, Amnesty International and the UN, there is an end in sight. This is a level of war and torment we have not seen in years, with countless war crimes committed and lives taken in just 16 months of war. 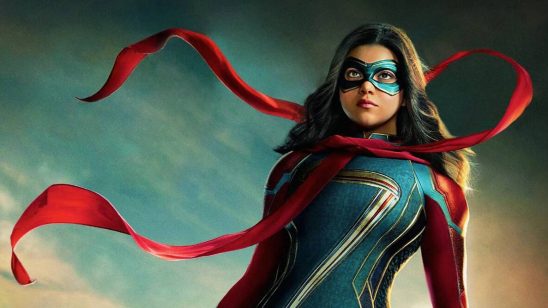 How Ms. Marvel Bravely Captures the Story of the Partition 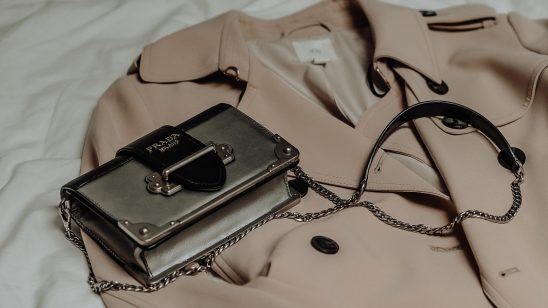