Ave Imperator, morituri te salutant! – Hail the emperor, we who are mortal salute you! – should be written on every ticket for The Image Book, the newest film by the god of cinema himself: Jean-Luc Godard. (I examined my ticket very closely, by the way, but could not find it even in the smallest print.) Jean-Luc Godard, who turns 88 this December, is a filmmaking legend and holds a special place in the pantheon of cinema. His film career – which spans 60 years and dozens of films – enormously influenced and impacted, not only the history of cinema, but also widely contributed to cultural discourse. Recently, as befits a god, he steps down from Olympus to deliver a film at the frequency of the summer Olympic Games; once in every four years.

For years, Godard has experimented with the form and language of cinema, and at the current stage, this experimentation has been extended to technology. In Film Socialisme (2010) he first used digital techniques. Goodbye to Language (2014) was made in radical 3D and stands as perhaps the most innovative use of this technology since Werner Herzog’s Cave of Forgotten Dreams (2010). Now, in The Image Book, Godard employs a sophisticated sound design operating on so many channels that specially equipped theaters are required in order to screen the film according to Godard’s intentions. Fortunately, Cork’s Gate Cinema meets those requirements, and a good crowd of Corkonians were able to watch the film in all its glory.

The Image Book premiered at this year’s Cannes Film Festival and would seem to be a continuation of Godard’s monumental Histoire(s) du cinéma, often quoting it directly. The film is partially a reflection on the phenomenon of cinema as a vehicle for global transformation; a vehicle able to shrink the world’s vast dimensions in a McLuhanian sense. Godard’s meditation on cinema as a vehicle able to transport the viewer through time, concepts, ideologies, perspectives, geographies, etc., was delivered in a form of a kaleidoscopic essay. The Image Book also provides philosophical commentary on the state of the world in which we currently live. And as one might expect, it is quite a bitter reflection.

Godard – who belongs to what in these days has become a very rare group of intellectual poets – argues that with all the possibilities offered by technology, we could solve all of our earthly problems. Yet, we tend to deliberately look away with ostentatious ignorance, preferring to indulge in mindless consumerism and fun experiences as the highest essence of our existence.

Godard has been known throughout his career for his leftist sympathy, and in this film he announces that at the current stage of his life, he has ceased to believe in revolution; seeing it now as an impossible task for mutually disconnected and alienated masses.  At the same time, he argues that a revolution is absolutely necessary in order to halt the apocalypse which we are preparing with our own hands.

The film juxtaposes images of violence drawn from fictional films with similar images drawn from actual/factual footage; emphasising in the process, the dialectal significance of this footage. The discourse of these intermingling worlds – both created by humanity – explores the inability of civilization to control the “institution” of war. “The war is here,” announces Godard, and he does not say this metaphorically. Our insane dance party is in full swing. Will the time come when we look at our own reflections? Or we will die dancing, as the ending of Jean-Luc Godard’s latest film suggests?

The Disappearance of Tina Satchwell 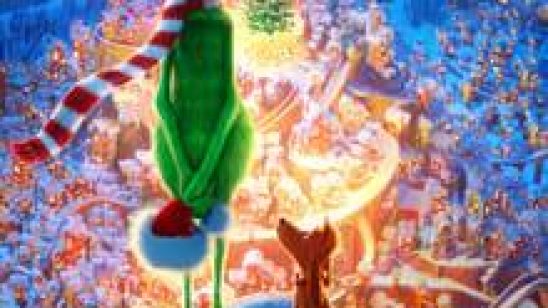