The staggering success of Irish literary sensation Sally Rooney in recent years has already secured her place among the finest contemporary writers of our time. Since the release of her sophomore novel Normal People and its subsequent small-screen adaptation by director Lenny Abrahamson (Room, What Richard Did), the thirty-year-old has amassed both international recognition and a cult following of devotees. Consequently, the hype around her newest novel, Beautiful World, Where Are You, released on September 7th, has been enormous and has undoubtedly marked it as the most anticipated literary fiction release of the year. This, therefore, seems a suitable time to more closely examine certain distinctive elements of the Castlebar-born writer’s stylistic approach which make her prose so compelling.

Essentially, Sally Rooney’s novels are contemporary romantic dramas, interweaved subtly by pressing social issues and political themes. A self-proclaimed Marxist, the former Trinity scholar incorporates intellectual meditations into her writing on issues such as class, power, and the increasingly prevalent social precarity caused by modern capitalism. With a sharp and observational eye, Rooney demonstrates these issues by placing her characters at the centre of  intimately complex situations such as friendships, relationships and sex, and comments upon the emerging disparities and anxieties that take place as a result of such social connections. A crucial dimension to her literary brand is the striking of a unique tonal balance between the intellectual and the accessible, cultivated by illustrating both the public and private lives of her characters.

Alongside the aforementioned motifs present within her writing, Rooney makes interesting use of gender and the underlying complexity behind such a structure in twenty-first century society. While her novels are unmistakably contemporary in setting and style, illustrated through the perspectives of young protagonists in a present-day and relatively progressive Ireland, Rooney provides an interesting social commentary on both traditional and modern attitudes towards gender. Speaking to Esquire Magazine in 2018, the author commented that she ultimately sees gender as a social system or “a set of rules and expectations you learn to comply with in childhood, whether you personally feel any affinity with them or not”. By taking a look at certain examples and stylistic techniques employed in her prose, we see Rooney’s fresh take on the issue of gender and the surprisingly significant role it plays in her characters’ personal lives.

By firstly looking at the female perspective in Rooney’s writing, a thought-provoking analysis of both contemporary relationships and individual personhood is provided. Notably, almost all of the female protagonists in the Irishwoman’s novels are intelligent, cerebral and independent-minded young women. However, Rooney puts these characters through a complex set of emotionally challenging events which seriously shake their principles and ultimately alter their perceptions of themselves and the outside world. For instance, Frances, the central character and narrator in Rooney’s debut Conversations With Friends (2017) is a detached and erudite twenty-one year old who is determined to live an ideologically pure life of emotional autonomy at the outset of the novel. However, as the story develops and as she becomes romantically involved with an older married man, Frances calls into question just how sustainable these notions of individual independence and ethical rigidity really are. Rooney, a self-described feminist, has discussed this topic in various interviews, claiming she no longer sees individual autonomy as the pinnacle of female liberation, but has come to find the interdependence of relationships and wider society more interesting and perhaps more realistic. These philosophical and intellectual points add a profound depth to the use of gender in Rooney’s novels.

Furthermore, Rooney masterfully examines the concept of gender through the microscopic prism of a novel, in a way that is shrewdly subtle yet powerfully relatable. Throughout the course of her stories, her female characters experience violence, emotional abuse and deep-rooted familial conflicts. In one passage of dialogue in Normal People for instance, protagonist Marianne reveals a history of domestic violence in her family and later goes on to suffer similar violence from her own brother and various other male characters. While only implicitly suggested, it seems that it is this deep-rooted psychological trauma that leads Marianne to enter into a series of self-destructive and debasing relationships. The key to Rooney’s approach here is to incorporate the weighty and complex issue of gender disparity into her characters’ everyday lives in a way that is meaningful, yet still socially accurate. Essentially, she carries these social structures and large, abstract ideas into the very private and intimate lives of ordinary people by observing the underlying role they play. Despite such subject matter however, the tone and delivery of Rooney’s writing is never preachy or dogmatic but fresh and nuanced.

The depiction of male figures in Rooney’s novels is also socially conscious and emotionally captivating, but for different reasons. The subjects of mental health and self-identity are dealt with profoundly by the Irish writer, primarily through the way in which her male characters often suffer in silence when experiencing existential struggles related to these issues. Connell in Normal People for instance, a bright yet troubled aspiring writer navigates a series of heavy and conflicting emotions throughout his adolescence, often on his own due to an inability to sufficiently articulate himself and open up to others. These difficulties eventually lead to a chronic and alienating downward trajectory whereby he must seek clinical help. Similarly, Nick in Conversations, experiences fluctuating depressive periods and finds it very difficult to communicate his emotions to Frances, a younger woman, out of his repressive fear of seeming pathetic and weak. Both of these cases see central characters experience turmoil which is ultimately damaging to their relationships and friendships with others. However, Rooney avoids sensationalism and stereotyping in her writing and discusses these major issues with sensitivity and striking authenticity.

A further use of gender in the novels of Sally Rooney is the curiosity that different characters harbour towards each other which can either be satisfied through communication, or frustrated by a lack of it. More specifically, the romantic relationships between her protagonists are often forged out of an intrigue in the other due to their differing gender-related social expectations. Rooney’s newest novel Beautiful World, is a prime example of this. The main female and male characters here come from entirely different social scenes and fields of work, with Alice being a wealthy and acclaimed young writer who lives a glamorous yet lonely life while Felix is a warehouse worker who leads a much more modest and ordinary existence. Furthermore, the stereotypical image of the male as rugged and inexpressive is assumed at the outset of the story, yet later challenged by his developing interest in, and glimpse of, a different lifestyle. Likewise, Connell in Normal People has an instinctive passion for writing and literature, yet he initially feels uneasy about expressing this as he is fearful of being seen as whimsical and soft in his social circle of hyper-masculine acquaintances. Despite the examination of these difficult and constraining features of gender, other significant social issues such as sexual consent and selflessness are used progressively by the author with gender at the forefront.

Overall, Sally Rooney excellently interweaves tropes of gender among other social and political themes into her novels. Through her incisive and observant writing style, complex subject matter is tackled in an accessible and relatable fashion. Whether examining the negative aspects of a rigid gender binary or exploring more progressive and modern attitudes towards the issue, the reader comes away with a well-rounded literary experience of emotional depth and profound societal rumination. 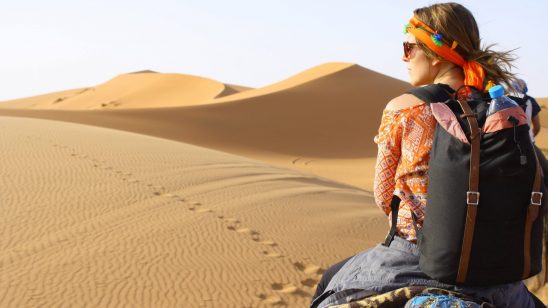 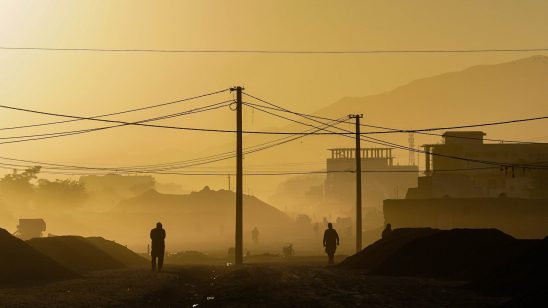 THE FALL OF KABUL; REPERCUSSIONS CONCERNING WOMEN AND THEIR RIGHTS