You’ve heard the phrase thrown around. It’s a controversial topic for a wide variety of reasons. Your friend who’s really into the News at Nine talks about it non-stop. But what exactly is direct provision?

Direct provision (or Solárthar Díreach) is one of Ireland’s measures for accommodating asylum seekers. It was introduced in the late 1990s as an emergency system but nearly 20 years on, many human rights organisations categorise the practice as inhumane, undignified and acting outside the realm of international human rights laws.

Asylum seekers apply for asylum in Ireland, and in the early 2000’s those numbers reached 12,000 per year. Although described as an “interim” procedure in the early days, with maximum periods in direct provision estimated to last just 6 months, some 400 asylum seekers have been in the system for 5 years or more. They are placed in 35 direct provision centres which are dotted all around Ireland, with over 5,000 people and over 800 families living in these centres. Complaints about the inhumane living conditions and lack of mobility for asylum seekers has called into question the need for ongoing direct provision centres and whether they have outstayed their welcome in Irish society.

Originally implemented as a temporary measure, many migrants end up living in centres for more than two years, with many children being born into the system and not knowing a world without direct provision, as well as parents and older people only being allowed to begin working in the last 6 months or so, although the list of job fields they are eligible for is shockingly short, regardless of the skills they may possess; many asylum seekers are university educated and had well respected jobs in their respective home countries, but their status as asylum seekers means their employability, at least in legal terms, is very low. In 2016, the average time spent in direct provision was 32 months, down from 38 months in 2015. Curfews are in place and many human rights groups claim that the centres and their hygiene standards are rarely up to code. Those in direct provision are said to being living in ‘near poverty’ and only receiving €21.60 a week in allowance. These circumstances, coupled with the uncertainty regarding their asylum status in Ireland, means living in direct provision is a constantly stress-filled ordeal.

Some in the government argue that direct provision is a much better alternative to the life the migrants lived before coming to Ireland. Free accomodation and food in a politically stable country, what more could anyone want? Those in opposition highlight the undignified manner in which asylum seekers are made to live; under constant supervision and fearful that any wrong step could ruin their asylum application.

The Irish Human Rights and Equality Commission argues that the direct provision system has run its course and that the government should implement an easier path to citizenship for asylum seekers in order for them to rebuild their lives. Doras Luimní has also highlighted that while people are living in direct provision, they are absent and less engaged with Irish society and culture, thus hindering their integration efforts if they are finally granted citizenship or asylum and allowed to live freely in the country.

EROC or Emergency Reception and Orientation Centres were set up in 2016 and 2017 in three locations and vary slightly from direct provision centres. EROC’s are part of the Irish Refugee Protection Programme and were set up in response to the migrant crisis in Europe, hoping to accommodate and relocate over 4,000 refugees, usually from the Middle East or Africa. EROC’s are different to direct provision centres as the former attempt to relocate and resettle their occupants quickly rather than just housing them in their waiting time.

Many of those in direct provision are unwaveringly grateful for their asylum to be granted but they have also expressed frustration at their lack of agency living in the centres. Free primary and secondary education for their children as well as an allowance and accommodation is all good and well, but many human rights groups say that citizenship and the freedom to work and live properly in Ireland would prove much more beneficial to those fleeing conflict or persecution.

To add fuel to an already blazing fire, complaints about the staff in the centres as well as increasing numbers of those suffering from depression and suicidal thoughts, the time has now come in Ireland to begin the process of dismantling direct provision and fast-tracking to over 2,000 asylum court cases in progress.

Many Irish are now beginning to question why money is “wasted” in these centres instead of asylum seekers gaining citizenship and working jobs that would draw them out poverty as well as giving them as sense of purpose and a chance at a better life for them and their children.

It appears to the masses that although initially, direct provision seemed necessary twenty years ago, the system has now become and antiquated and is no longer able to keep up with the demanding task of accommodating so many asylum seekers.

Protest marches are beginning to spring up around Ireland, usually accompanied by the hashtag #EndDirectProvision or #EndDP. After the Marriage Equality referendum and the repeal of the 8th amendment, human rights groups, both home and abroad, have their sights firmly set on abolitioning direct provision.

For more information on direct provision you can visit: 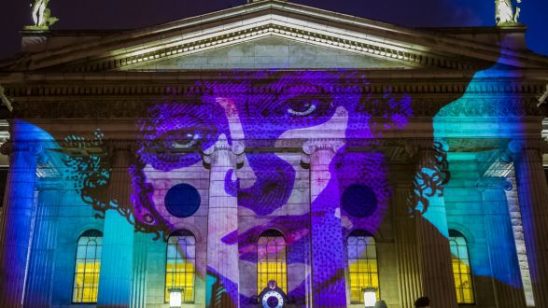 The 2019 Centenary Celebrations – 100 years on, there are lessons still to be learned