Some might say that the existence of good writing is threatened by the digital age. One man who proves this theory wrong is Roddy Doyle, who in 2011 began using Facebook as a platform for his latest work, a series of lightly comical conversations between two middle-aged men meeting at their local pub. It was an assuredly smart move, as the pair’s colourful exchanges provided users with some much-needed comic relief following several harrowing world events. After the Paris terrorist attacks of 2015, the men put their own twist on the slogan ‘Je suis Charlie’, inspired by Disney’s The Hunchback of Notre Dame; ‘Je suis Quasimodo’.

Although Doyle’s Facebook posts displayed his unmistakable knack for dialogue, it seemed as if harmless craic was all that they had to offer at times. This was the case up until July of this year, when Doyle teamed up with the Abbey Theatre to bring the two men and their lively discussions to life in the form of a play. Graham McLaren and Neil Murray, directors of the Abbey, said:

“We want the Abbey Theatre, our national theatre, and its audience to be reflective of Ireland. To us, this means presenting work all over Ireland, and not necessarily in conventional spaces. Roddy’s funny, touching and provocative ‘Two Pints’ seemed the perfect piece to do this with this year.”

Their plan was an undeniable success, as the national tour was sold out in twenty-two pubs across the country. Doyle welcomed the prospect of his work being performed in such an atypical space, saying:

“When I wrote ‘Two Pints’, I didn’t envisage it being performed in a pub, but it is part of the adventure. This new play is being put on in a context that is unfamiliar to me – that excites me.”

Given that the human experience is the central theme of the play, producing it in a pub as opposed to a theatre was a wise decision (after all, pubs are the go-to place for socialising in Ireland). The audience feel that they are a part of the production from the moment they walk into the space, thanks to designer Kate Moylan’s deceptively simple layout.

Liam Carney and Lorcan Cranitch, both of whom have previously worked with the Abbey, play the two men. They are, as Peter Crawley says in The Irish Times, ‘the kind of intimate friends who can meet in a pub without greeting, who can say anything but keep emotional expression guarded, who joke frequently – often hilariously – but very rarely laugh.’

On the surface, they come across as the same pair of wind-up merchants we see in Doyle’s Facebook posts. No stone is left unturned in their lengthy exchange, which meanders from their religious beliefs (or lack of them), to the Koran, and then to their admiration for TV chef Nigella Lawson. Soon, they end up having a complicated discussion as to whether or not women have tonsils, leading an awkward phone call to one of the wives for assistance. Embarrassingly, they discover that it is in fact Adam’s apples – not tonsils – that women do not have.

Although it shares the same lively banter as its online counterpart, the play carries an emotional punch that at times would have been difficult to depict in a two-hundred-word Facebook post. Carney, for example, regularly goes to the hospital to visit his elderly father, who is reaching the end of his life. Mortality, as a result, has a crucial influence over the men’s thoughts, emotions, worries and anxieties. However, director Catriona McLaughlin successfully balances the hilarity and heartbreak of the conversation flow, allowing for both a poignant reflection by Carney on his father’s deteriorating health and a darkly comical exchange about prostate cancer (- What’s the test? – A finger in the hole. – A doctor’s finger? – Yeh, it has to be a doctor’s finger).

To further tug at the audience’s heartstrings, there are occasional bursts of anger on Carney’s part, resulting from the physically and emotionally draining hospital trips. He is envious of the so-called ‘baby doctors’ who take care of his father and will always look healthy, while people like him and Cranitch ‘will always be the patients’. They have deeply profound discussions of the afterlife, even though they aren’t exactly the spiritual type. While many people, understandably, create their own theories as to where the human spirit goes after death, Carney is indifferent to concepts such as heaven and hell. It is at this moment he utters one of the play’s most memorable lines; ‘we’re better off staying where we are’.

Once the men have finished their pints and the bar has been shut, we’re left reminiscing upon the highs and lows of human existence. We must, one day, visit a sick parent in hospital knowing that they will never get better. We will constantly re-evaluate our own beliefs in the afterlife, that is, if we believe that one exists. Moreover, now and again, we will get quite simple things mixed up, like Adam’s apples and tonsils, and subsequently make a fool of ourselves in front of our mates.

A single Two Pints entry on Roddy Doyle’s Facebook page may serve as a pick-me-up amidst the gloomy content we see online every day. However, if the average user goes out and sees it performed live, they will learn that dialogue is nothing without emotional charge. In addition, that between heaven and hell, they are better off staying exactly where they are. 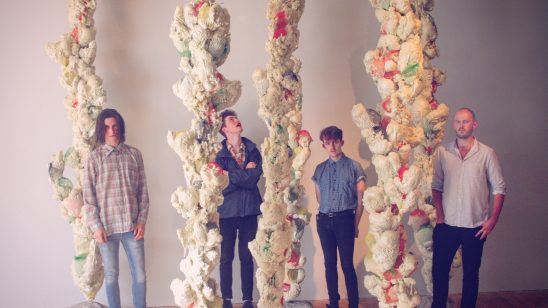 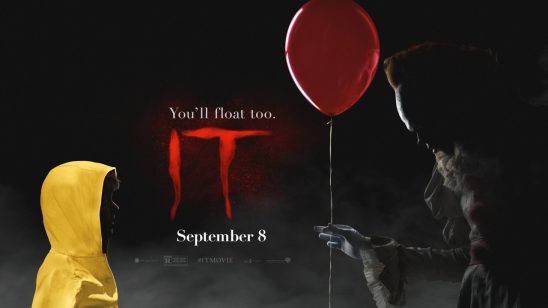