“I’m taking in the sights and measuring the sounds.” On “Seventeen,” the opening track of Troye Sivan’s sophomore album, twenty-three-year-old Sivan recalls a younger version of himself making a conscious decision to record and commit to memory his own coming-of-age. With a strange mixture of discomfort and excitement swirling around amidst warm synths, the visceral sensation of being rooted in the present coincides with a meditation on the past. It’s surprisingly sophisticated stuff. Brushing off the label of YouTuber-musician is no mean feat, what with mainstream media’s inclination to dismiss social media stars regardless of the quality of their work (I am not trying to make the point that the majority of social media stars’ work is of a high quality, but that it would be wrong to not recognise the exceptions), but putting together a pop album as good as Bloom is even more impressive a feat.

The album stands at ten tracks, its release made slightly more underwhelming than it should have been because of the release of five of those ten in the lead-up to the album, the first in January, eight months before the album was to come out. Weird promotion decisions aside, this is an exciting release—  it sees Sivan navigate being young and queer with a self-assurance that wasn’t always present on his debut Blue Neighbourhood, as he transitions from burgeoning electro-pop artist to fully-fledged pop star. Dizzying infatuation and blossoming relationships are explored in the dazzling lead single “My My My!” and title-track “Bloom;” the hooks are clean and sharp, the ideas simple but drawn out to maximum effect, delivering a pure pop sugar-rush.

There are enough interesting reflections scattered throughout the album to prevent it from being something that just goes straight to our bloodstream, however. “Plum” documents Sivan’s realisation that even the sweetest things eventually turn sour, that even what seems to be an invincible relationship will eventually fall apart and that everything ending disastrously eventually is inevitable, and the contrast between that and the cheerful-sounding chorus is almost laughable. It’s a fun song. That reality is far from a fairytale is also dealt with in the piano-driven “Postcard,” with the acknowledgment that even a Prince Charming can do things that are pretty heartless– “I sent you a postcard from Tokyo, baby / You never picked it up / I even wrote it in Japanese, baby;” Sivan demonstrates here that he knows how to take a singular occurrence or pick out a little detail and blow it up into a ballad (and one that has actual heart, different to the faux-emotional ballads that pop artists often tack onto their albums in the hope that it will give them credibility) and that he knows how to balance a purposely-lifeless verse with a chorus that lurches in an unexpectedly heart-wrenching and painful direction.

“Dance To This” is refreshingly laid-back for a song featuring perhaps the biggest name in pop at the moment, Ariana Grande, revolving around a very introverted desire to just stay at home with someone instead of heading out to a party or club; “You know we’ve already seen all of the parties / we can just dance to this.” While at points the production on Bloom is so spacey it is at risk of melting into a mush of nothingness, such as on “What A Heavenly Way To Die,” there are plenty of inventive production touches, notably on “The Good Side,” which opens with a dramatic, sparkly electronic string flourish before giving way completely to sparse acoustic guitar, as if a completely different song has started playing, which is kept up for about two minutes with only the barest of piano chords added in, before everything explodes, and after the final chorus the song devolves into a mesmerising, pulsing electronic landscape, with those sparkly strings sweeping over it. Closer “Animal” is anthemic, with the lyrics “No angels could beckon me back / And it’s hotter than hell where I’m at / I am an animal with you.” Sivan said he had set out to write a “five-minute, eighties stadium love song… [an] epic profession of love.” And he did. This is becoming a recurring thing, Sivan achieving exactly what he was going for; Bloom is a lush, euphoric and near-perfect pop record that hits the highs it tries to reach and wears its heart emblazoned on its sleeve. 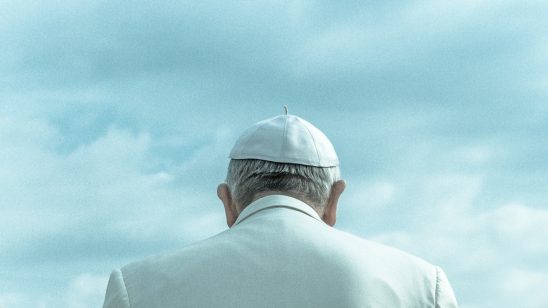 Nope to the Pope? – The Hottest Ticket in Town 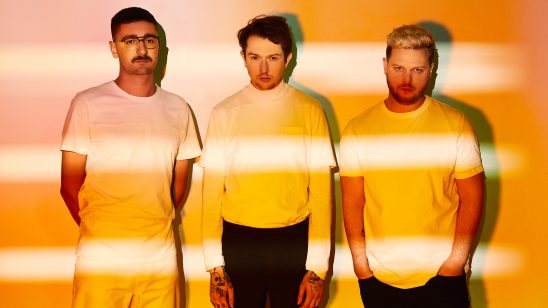