There is a slight possibility that you may have been living under a rock if you have not heard about the slew of accusations against movie producer Harvey Weinstein in late 2017. From one accusation came another, then another, and another on top of that. Soon the numbers grew, and it was clear that this issue was going to make some sort of change, or at least raise a higher level of awareness. The #MeToo movement grew steadily with new vigour as many of Hollywood’s leading men, both in front and behind the camera, faced accusations dating further back than many of us have been alive. It was not simply women coming forward, with male celebrities such as the actor Terry Crews coming forward and saying he had been sexually assaulted within the entertainment ind People were angry and remain to be. This is not an issue that could have a trending moment and then simply fade into a distant memory as we all rang in the New Year. No, this is an issue that we have dragged kicking and screaming into 2018, with an increasing number of allegations appearing week after week. It is undoubtedly a divisive topic, a painful one, and a tumultuous time for many as the topic’s sensitivity is clear. As we are all not judges or employees of the judicial and legal system, we are not legally capable of sentencing those accused, or even finding them innocent should they prove to be. In this time of uncertainty and questioning of who to believe, we are left feeling helpless. How can we show our opposition to sexual harassment for society to see? Many of Hollywood’s leading ladies believed they found their answer at the Golden Globes. #TimesUp was born, and it seemed to be agreed unanimously that those gracing the red-carpet on the night would wear black in protest to show unity.

The question is, did this work or have any significant impact?

The use of clothing in protesting is not a new concept. The suffrage movement of the early 20th century had its own version, while the 1970s are synonymous with the notion of ‘burning the bra’, and ‘pussy hats’ were visible at many Women’s Marches in 2017. It has its benefits of course, and a group of people deciding to wear similar colours or clothing  catches the eye and draws curiosity. It is undoubtedly a clever way to garner attention and educate people on whatever cause you are fighting for. The decision to wear black to the Golden Globes was not one meant to represent mourning, but to celebrate a community of people coming together for the greater good and to show that, literally, time is up for sexual misconduct.

The hashtag of Time’s Up swept across social media, which has undoubtedly been a fantastic tool in the spreading of ideas and raising awareness of the varying plights of people all around the globe.

However, as we have seen time and time again, it has its downsides, regardless of how well intentioned social media might be.

As the women of Hollywood posed on the red carpet in their own distinctive takes on the black-only dress code, the question was why they were wearing this, and not who they were wearing. Also, their male counterparts wore black suits, albeit not as ground-breaking because of the usual foray of black suits on many red-carpets; with many accessorising with Time’s Up pins. The display of unity of clear. However, there were three exceptions to the dress-code of black. Those were a German model Barbara Meier, the actor Blanca Blanco, and the Head of the Hollywood Foreign Press Association (HFPA) Meher Tatna. As soon as news broke on Twitter that these three women had chosen not to follow the dress code, social media was in uproar. Blanca Blanco, faced serious criticism for even the style of dress she wore as it featured a daring cut-out detail across her torso and leg slit. People questioned how she could think of wearing something so revealing to an event which is being used as a vehicle to protest sexual misconduct. This is contradictory, and perpetuates the idea that if a woman is wearing something deemed to be “skimpy” she is just asking to be sexually assaulted. On her decision to wear red to the event, Blanca said she simply liked the colour red, but that she was in no way supporting or in favour of sexual harassment.

Meher Tatna faced similar criticism also for her decision to wear red to the event. People found it particularly insulting that as the head of the HFPA, which runs the Golden Globes, her colour choice on the night was a disgrace. It is believed she wore her red ensemble, alongside her Time’s Up pin, as it is part of her Indian heritage as it is customary to wear a festive colour to a celebration, with it being the 75th Golden Globes ceremony. Meher Tatna told Vanity Fair that she was in complete solidarity with victims of sexual abuse. These two examples accurately portray the issue with social media and its perhaps negative impact on the Time’s Up movement. Mob mentality jumped on these women which led to airs of ‘she’s asking for it’, in the case of Blanca Blanco, and a disregard for cultures around the world such was the case for Meher Tatna. It is important to remember that we are not living in a ‘one size fits all’ world, and that the decisions of those three women to not wear black doesn’t in any way negate their support for the movement, which they expressed. It seems that by focusing on the concept of wearing black, people forgot the bigger issue. Yes, wearing black in solidarity is fantastic. Does not wearing black suddenly mean you support sexual harassment and those perpetrating it? No. Displays of solidarity are fantastic for raising awareness, but is imperative to remember that they do not bring active change.

Tangible change will be brought by the Time’s Up Legal Defence Fund, created by many of Hollywood’s elite to help provide legal assistance for victims who cannot afford it on their own. Active change is brought by engaging with our political and legal systems in the hope that changes can be brought to law which better protects victims of sexual abuse. The decision for many of those involved in the entertainment industry to wear black was undoubtedly a clever move, and we should be thankful to it that it garnered such attention and kept the conversation going. The 75th Golden Globes will go down in history for such a decision, and it is difficult to argue that it has not been of benefit to the cause. However, it is imperative for us all to remember that we should not glamourize and hyper-focus on such clothing choices, to the extent that we begin to forget about where and for who they began and the other victims of sexual assault who are not in the medias eye. 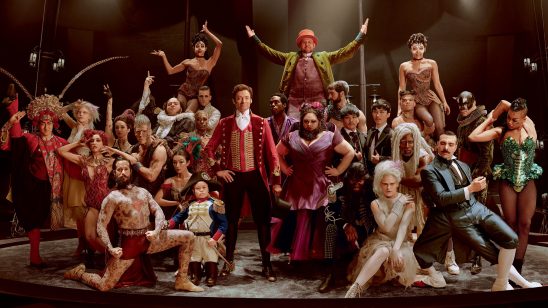 The Greatest Showman: In Defence of Inaccuracy 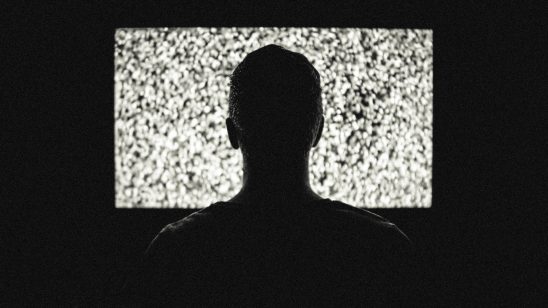