It seems like now more than ever before countless Irish artists are hitting the big time on the world stage. Dublin’s Kodaline is no exception. If truth be told, these four indie-pop rockers are among the Irish acts that have been leading the way both here and abroad. Their debut album In A Perfect World stormed the national and international charts. At home they beat Adele’s record for the longest time in the top 10, had a triple platinum selling album and spent 82 weeks in the Irish charts; more than impressive achievements for a debut album.

It may have seemed like it was a quick rise to fame in 2012 for the band, but its members have been working towards their goal since secondary school. The band from Swords started with Steve Garrigan, Mark Prendergast and Vinny May sharing a love for music and performing at local venues. In 2006 they appeared on the RTÉ show You’re A Star, where they performed as 21 Demands and finished as runners-up. They released their single Give Me A Minute, which became the first independently released track to top the Irish charts. In 2012 they found what their group had been looking for when their friend and bass player Jason Boland joined in the mix. Just a year later they released their career changing debut album.

Speaking of the oddity of now being such a high profile band living in a small Irish town like Swords, Prendergast commented; “People don’t really come up and ask us for pictures here [Swords]. They kind of give you a look, a weird look, like I know you from somewhere. When we’re out in the pub at night time, people come up and have a chat and are just really nice.”

With such an impressive first album, some would think that there would be huge pressure from the band’s label to make their highly anticipated second LP a success, but as Prendergast told Motley, the situation is quite the opposite.

“We put more pressure on ourselves than our label or our management. We wanted to better our first album. Everything happened so quickly and naturally on the album. The first album we didn’t have a bass player so we couldn’t really play ‘live’ as such. But with this album a lot of it was just the four of us playing in a room and the songs were done really quickly. So we pushed ourselves that way, played them live in the studio so when it came to playing them live on stage it was actually easier.”

What’s special about Kodaline is that they have achieved what many artists in Ireland spend their lives trying to achieve, becoming commercially successful internationally. Their songs have appeared in some of the world’s biggest television shows and films; All I Want, for example, has appeared in Catfish The TV Show, Grey’s Anatomy, The Vampire Diaries and The Fault In Our Stars, to name but a few.  Clearly an ambitious bunch, it was unsurprising to learn that becoming internationally successful was always extremely important for the band. Prendergast explained the reasons behind this: “It was very important that we didn’t just break in Ireland. You can tour Ireland in less than two weeks and play in every place. We wanted to tour constantly; we wanted to play everywhere. Our next tour is all over the UK and Europe and that’s only five weeks, then we’re off to America. It’s great doing shows with your friends and it’s great that we get to do it all over the world. It’s not like we set out to be a big band everywhere, it just sort of happened… but it’s not awful!”

When it came to writing the new album it all came together easily. The members separately came up with ideas and then brought them to the rest of the band. An insight into a band like Kodaline’s creative process is always an interesting one, and Prendergast explained some of the journey behind the making of Coming Up For Air.

“Well there were a few motifs floating around from tour. The song Autopilot was recorded in a hotel room. It took two or three hours to write and record the entire thing. There’s a chemistry that you get when you write with someone that you don’t get by yourself.”

Writing the album in the short time frame of eight weeks was very unusual, even the band weren’t expecting it as Steve Garrigan admitted; “If you’d told us at the start of the summer that we’d be finished our album by autumn we wouldn’t have believed you. It happened so quickly.” Similarly, Prendergast divulged that “there was no plan for it. We were expecting to record in January or February, but we got it done so quickly, we were like f*ck it’s finished!”

Having played venues across the world with full stadiums of 14,000 people, Kodaline still prefer the smaller more intimate venues like Whelan’s in Dublin.  “We were playing festivals in the summer to huge crowds and then we came home and played two nights in Whelan’s for Motor Neuron Disease. To go from huge venues to such an intimate venue it was great, people were right there in front of you. When you’re playing a big show you’re about fifteen feet from the crowd so you can’t make out faces, but with a small gig like Whelan’s you can hear people heckling you. When they sing along it’s actually louder in a place like Whelan’s rather than The Point. I’m not going to say it’s not incredible playing The Point, and the adrenalin that you get, but playing a smaller venue is just as much fun but it’s a totally different experience. “

In the past weeks, friend of the band Ed Sheeran praised Irish audiences for being the best, and stated that he comes back time and time again to get the phenomenal experience. Prendergast agreed with Sheeran describing his own experience; “It’s great playing everywhere, but the Irish audience sings and they sing to every song, even listening to the radio they will sing along. The energy level doesn’t drop, you walk on stage and get a huge cheer and you’d think it would be hard to keep that energy going, they just don’t stop singing and are up for the craic and so are we. It’s great!! Irish crowds and Scottish crowds are very similar – they’re just up for it, they sing and have a good time.”

Something close to the heart of Kodaline is busking, with both Prendergast and Garrigan performing on the streets of Dublin as teenagers and later Kodaline famously performing beside the Phil Lynott statue St Patrick’s Day celebrations. This week, after Dublin City Council proposed the ban on amps and busking all together, a concerned Prendergast expressed his sadness and disappointment at this decision.

“I think it’s terrible. When you’re walking down the street in Dublin you hear different people playing different music, you can hear it from afar and it attracts you in. I think it’s what makes the city in a way; it’s the soundtrack to the city. Keywest are probably the biggest band that does busking in the city and its how they make their living. Now they’re being told that they can’t play here and can’t do this, its bullshit. There should be a referendum where people vote. I don’t know, who doesn’t want music to come out of the city? It’s basically putting a ban on music. The video Keywest made and the awareness they’re getting is great, we’re behind it as well and hopefully that act doesn’t get passed.”

As the interview comes to an end Mark looks to the future and tells Motley what we can expect from Kodaline in the coming years: “If we can match and better the success of the first album and we can continue to tour, because touring is quite addictive. The first album gave us a taste of how this can become a career, because it doesn’t really feel like a job at the moment. If we can keep doing that, and the shows get bigger, that would be amazing. The fact that people care about the band is crazy.”

Kodaline’s new album Coming Up For Air is out now. They will play Live At The Marquee in Cork on 25th June 2015. Tickets are on sale from 9am on the 12th of February. 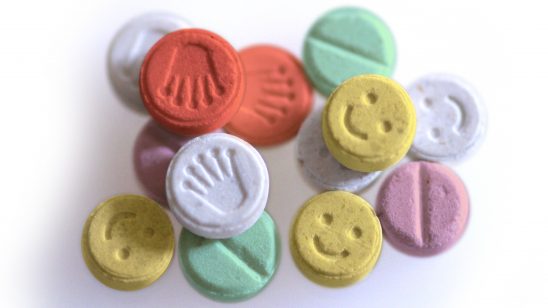 A Voice for Change 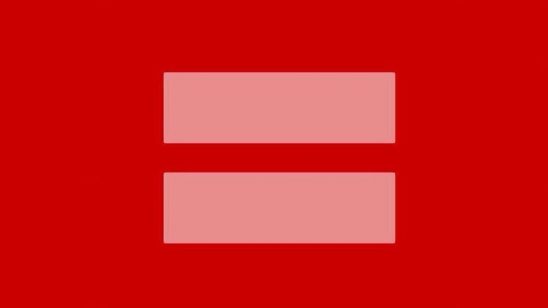 What Love Means to Me