Leah Driscoll adds feminism to the list of unwanted things to leave behind with all your other regrets in 2015.

Third wave feminism has ebbed and flowed since the nineties, but in the past year or two the wave has been more like a tsunami. We’re pretty much drowning in calls for equality, seeing as everyone from Malala to Miley is a feminist these days.

Equality is a nice idea, but I wouldn’t go so far as to call myself a feminist. Is there really that much more to do? Women battled for the right to vote nearly a hundred years ago, and the job has basically been finished since then. It’s just like how the fight against racism in the US ended as soon as Barack Obama was elected president. It’s a bit ungrateful to be asking for more at this stage; I think us gals should really quit while things are going well, before we get on anyone’s bad side. Feminism belongs in the past, and here is why:

Firstly, people complain about the influence of gender on advertising, but really it is quite practical. Gender stereotyping an ad makes life far more convenient. The ad breaks during Grey’s Anatomy can show me the most successful way to remove limescale from my kettle. Ad breaks during Top Gear can show my Dad a deodorant’s ability to magnetically attract bikini-clad women half his age. It’s helpful that the media understands our gender-based priorities.

Moving from advertising to purchasing power, feminists are beginning to get a bit too frisky in fiscal matters. Their main complaint is that tampons are taxed as a luxury good. 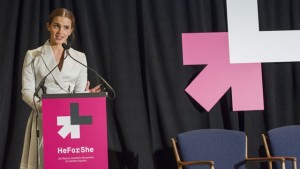 It’s clear that using a tampon is far more of a treat than buying deli food (which is taxed at a lower rate). Women are being taxed more for their periods than for buying a hot chicken roll, and that’s fair because we should all definitely be mildly punished every month for not carrying out our primary role of bearing children.

Speaking of bearing children, women in Ireland have rights over about 90% of their bodies, except for the part that creates life. 90% is a fair amount really though. I know that men have full autonomy over their bodies, but women have ovaries and it’s probably better that the government decides what happens with all that. Taking my physical and mental well being into consideration in the process would only get in the way, really.
Feminists can’t even listen to music without complaining. Nothing makes a song catchier than a hook with an aggressive innuendo. Throw in a few vague sexual threats and you have a guaranteed floor-filler. Sure, no means no, but get low means get low– they know we want it.

The glass ceiling is probably a main point of contention for feminists, but women, at least in Ireland, receive an equal education and that’s enough. It doesn’t matter that statistically females perform better in school than males, yet males occupy the majority of high-level roles in most professional areas. That’s not due to the immense difficulties women face when returning to the workplace after having a child, nor is it due to the readiness to label a woman ‘bossy’ for acting in the same way in a professional situation as an ‘assertive’ man. Women just can’t handle real-life working environments and that’s why we should all be teachers or stay-at-home mothers. Glass ceilings give women the privilege of seeing the potential beyond their reach and they will practically sparkle after I try out this great new window cleaner I saw a lady use in an ad the other day. 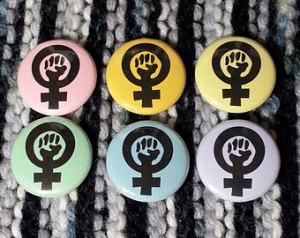 Most importantly, we don’t need feminism because plenty of women don’t even want it. Sure, some pretty respectable women and men like Emma Watson, Tina Fey, Ryan Gosling, Helen Mirren, Benedict Cumberbatch and Joseph Gordon Levitt consider themselves feminists. Amy Poehler even chimed in on the idea of women renouncing feminism: “That’s like someone being like, ‘I don’t really believe in cars, but I drive one every day and I love that it gets me places and makes life so much easier and faster and I don’t know what I would do without it.”

These people are allowed to have their opinion, but how can you deny the rock solid arguments of people like Kelly Clarkson, who has decided to forego the campaign for gender equality because she likes “being taken care of” and having “a man that’s a leader.” Similarly, Meghan Trainor doesn’t believe we should look for equality, saying instead that we should all “love ourselves.” I suppose if we love ourselves 14% more than men do, then it will make up for the 14% gender wage gap that exists in Ireland.

Perhaps these women’s biggest fear in calling themselves feminists is that they will alienate men and be labelled a ‘feminazi.’ We need only look at how repulsive men find a feminist like Beyoncé to realise that their fear is justified.

Even if women aren’t equal with men, the very fact that we can’t unanimously agree upon that fact probably means it’s not that important. This wave of feminism just is not worth riding.