Colombia should be an example for us all to follow

The legal institution throughout the ages is known to protect capitalism’s fundamental interest; access to raw materials. As these raw materials are being consumed, more and more harmful emissions are released into the atmosphere in what is known as the ‘greenhouse effect’. Law insists on greater legitimacy of private ownership rights, which provide a legal contractual title to claim natural resources. Modern capitalism’s neocolonialist expansionism has led to large-scale arable land accumulation, thus increasing the amount of natural resources being consumed. Despite this however, there are certain instances in which law has been used as a counterforce to government inaction on climate change. This article shall explore the societal relevance of a case taken against the Colombian government and how it should act as a catalyst to force other governments to act on climate change.

To begin, it is pertinent to briefly touch upon the relationship between capitalism, law and the accumulation of natural resources. According to Marx, capitalism only preserves itself by violent destruction of organic resources, showing the irrationality of the capitalist mindset as resources are of course, finite. Furthermore, the advancement of private property rights and the subsequent assertion of these rights over historical ownership rights is one of the main reasons for the current ecological crisis facing the world today. Corporate investors appropriate millions of hectares of foreign arable land and every year the rate of agricultural production decreases mainly because of drought, which leads to increased competition amongst corporations, thus leading to an increase in the amount of land claimed by corporate investors. This is all facilitated by laws which protect these processes.

These actions affect food production also. As of 2014, 70% of the world’s food supplies are produced by small farms, but these farms are forced to operate on only 25% of the world’s arable land thanks to corporate farming’s sweeping up of land assets.

Although the discipline of environmental law exists, the courtrooms remain the same when dealing with environmental cases, and these cases also cost money, like any other legal case. Crucially, as pointed out by Elizabeth Fisher, Bettina Lange and Eloise Scotford in their book Environmental Law:
Text, Cases & Materials, ‘litigation and court cases will resonate differently in different legal and socio-political cultures’. This explains in a simple manner why cases involving the environment are difficult to take in some countries, for example the US, where oil corporations pay a lot of money to politicians, therefore influencing the law makers to favour of oil companies, and also making sure cases taken against them are exorbitantly expensive to pursue. This can be seen clearly in the case earlier this year brought against oil companies by the state of New York, which was thrown out by a District Court judge (who happens to be a Republican, but make of that what you will).

Furthermore, as shown by American sociologist Immanuel Wallerstein, there are very significant dangers which coincide with the escalation of resource grubbing. In the last 40 years, there has been a 147% increase in worldwide petrol consumption, 286% increase in natural gas consumption and a 252% increase in coal burned, despite climate agreements amongst various countries in place. The single facilitating factor for this is of course – the law. These laws directly infringe on human rights, as these corporations claim authority over land and deny access to people, exploit the resources, sell them, and then lease the land back to the people they all but stole it from. This is particularly concerning land which provides a source of water to people, as denying people access to water essentially denies them the right to life.

With this in mind, in Colombia, 25 young people are suing their government due to inaction and unfulfilled promises regarding deforestation. According to GreenPeace, the levels of deforestation have risen by 44% since 2015 despite the Colombian government promising to reduce it to ‘net 0%’ by 2020. It is the first case of its kind in Latin America. The case shows how ordinary citizens are using the law to further their own interests rather than the interests of corporations. This in turn benefits the environment as ordinary people’s interests come to fruition with a clean and healthy environment to thrive in. The citizens suing the government are all under the age of 26 and claim the deforestation is infringing their rights. The budget for the environmental ministry is less than 1% of the Colombian GDP, which is an egregious mismanagement of resources and shows that the Colombian government does not consider deforestation and climate change as a priority.

It can be argued that the government are benefiting financially to the deforestation as it has mainly occurred in areas previously inaccessible due to them being under the control of FARC (Revolutionary Armed Forces of Colombia), a militant revolutionary force that the Colombian government recently came to peaceful terms with. The group of youths suing the government points to the fact that rainwater from the Amazon rainforest provides the majority of the Colombian city of Bogota’s drinking water. The impact of increasing deforestation need not be pointed out for the citizens of this city, whose lives and livelihoods under threat thanks to government inaction. The lawsuit is not only a counterforce against climate change but also an effort to save their right to life in the long run.

The societal relevance of this case serves to not only highlight the dangers faced by Colombia thanks to deforestation and climate change but also highlights the same for other Latin American countries which are covered by the Amazon rainforest. The lawyer representing the group of youths stated:

‘We are at a critical moment given the speed at which deforestation is happening in the Colombian Amazon. The government’s lack of capacity and planning as well as its failure to protect the environment makes the adoption of urgent measures necessary.’

This is a poignant statement as it puts government inaction front-and-centre and also shows how drastic the case is. This statement can be applied to most governments who bend more to the will of corporations than the will of the people. The government is supposed to work for its citizens, not big faceless corporations. Cases like this serve to remind them of who they really serve. Carolina Garcia, a climate change campaigner mentioned in the article says,’ The law can be a tool to protect the sta- tus quo or a tool to change it.’ This is the core of my argument. The Colombian case should be an example to all 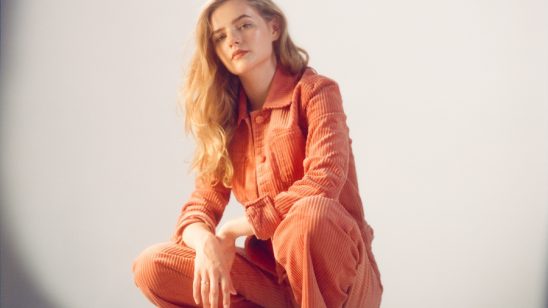 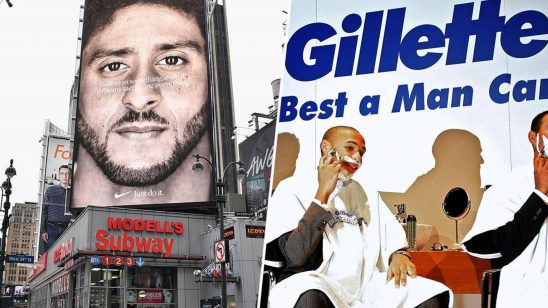 Can Men Be Better?