Entertainment Editor, Gemma Kent, chats with Conor Clancy about his new play, Will it Fit in the Van?, ahead of its Cork debut.

Opening for the first time in Cork on March 8th in the Strive Theatre, Will it Fit in the Van? is a farcical black comedy written by Conor Clancy and directed by Al Dalton. Having received critical acclaim at its premiere from the Waterford News & Star and the Munster Express, the group behind the show are hoping for a similar hype here in the Rebel County. I was lucky enough to get to chat with Conor ahead of its release.

“The play is based around two brothers, Dez and Daz, who are both involved in small time drug dealing and aren’t particularly good at it,” Conor tells me when I ask what the play will be offering us plot-wise. “It gets pretty messy pretty fast when the organisation takes a bad turn and they end up kidnapping the wrong person. From here, it descends into a progressively more chaotic mess that involves bad cocaine, biscuits and an electrocution machine, as well as a beloved horse, members of the clergy, and a very important chipper.” I thought that was insane enough, until Conor adds that the entire story is set in Dez and Daz’s sitting room. Whatever about ‘The Van’, I’m thinking, will it all fit on the stage? “It becomes a place of mayhem as each new person enters,” Conor concedes, adding that we should “Expect the unexpected”!

Here, I double back to ask Conor a bit about how he came to be writing plays. His story, as he talks of how he came to UCC to study English and Music, is a classic ode to the transformative power of those big, black, iron gates on Western Road. “Before I got involved with Dramat, writing a script was never something I had even considered… I wrote my first play when I was in 2nd year and had an incredible time with it: I caught the bug straight away and I’ve been dedicating all my time to it since!” Dramat for Conor, and for those he works with who also hail from UCC, became the defining part of college experience. He cites it as “such a fantastic and formative time”, recounting how he and his friends were “jumping into the deep end and trying to keep up with steep learning curves while surrounded by a crowd of weird and wonderful people”. He can’t recommend joining a society enough, and it’s clear that his is a story we can add to the volumes of testaments that rouse the quieter and/or lazier members of the student body to get out, participate and make friends. Returning to the subject of his up-and-coming play, Conor tells me a bit about the process behind putting something of this scale together. When I ask him whether the behind-the-scenes was something of a one-person operation, he’s quick to insist on the contrary. “Making theatre is always a collaborative process: I don’t think the writer can ever claim that it’s a totally one-man operation. For example, I wrote the first draft of the script on my own and sent it to a few friends to get feedback.” Beyond the friend circle, Conor also attributes thanks to those at his two-week writing residency in Triskel’s Theatre Development Centre, whose “brilliant, creative minds dissected the script with me and gave me loads of ideas to delve into and different ways of twisting what was already there to make something new.” He adds, “There’s loads of jokes in the play now that aren’t even in the script!”

As the subject matter may lend you to think, the play is a black comedy: it dances in that gap between gritty, social commentary and pure nonsensical shenanigans. The motion towards this genre was, Conor tells me, a natural one. “I had always naturally written in a way that combined darker subjects with bright humour… the two tones were kind of wrapped around each other, playing with the atmosphere like flipping between two sides of a coin. But I think, now, I’ve reached a point where I’m able to combine them in a way I wasn’t able to before.” He also notes that a dose of Tarantino films and MacDonagh plays may have had an influence on the way the story came together. Looking ahead to the 8th of March, Conor has high hopes to match our high expectations. “I’m buzzing to see it in Cork!” he says. “Cork is where I started and grew as a writer so it really feels like my home outside of Waterford. It’s been exactly two years since my last piece of original writing was in Cork, so it feels great to have this to come back with.” I ask if he’s experiencing any stage-fright ahead of the release, but he admits that, where he would normally have a few butterflies in the stomach at this point, he’s actually quite calm about the whole thing. “Normally I’m really anxious whenever something like this is happening, but I think with this one I’m just so happy with everyone working on it and trust them all so much that I’m actually not nervous at all, just really excited for it to happen!”

Only one question remains: will it fit in the van? 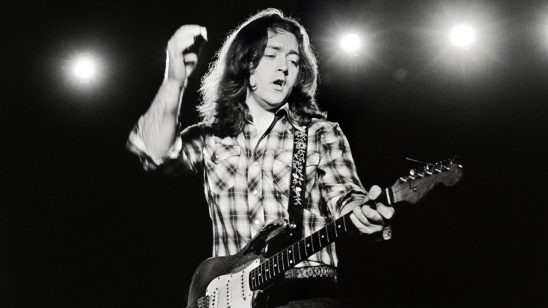 Everything is Propaganda: Rebel County 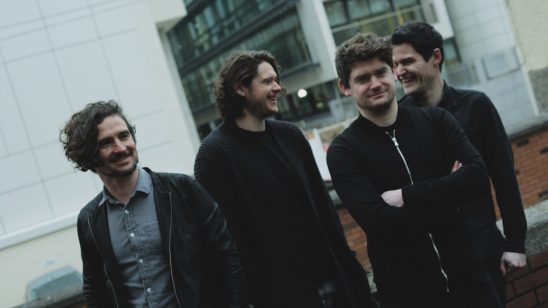 Spot on the Guest List for MKAI’s Cyprus Avenue Gig