With her brows on fleek and a New York Times bestselling memoir in hand, Amanda Palmer recently spoke to Cathal O’ Gara about patronage and the changing face of the music industry.

WHAT CAN IRISH FANS EXPECT FROM ‘AN EVENING WITH AMANDA PALMER’?

I don’t know usually until I get there. I will definitely have a piano. I’ll have my ukulele. I’ll have my book. Some nights I’ll have my husband. What I did on the US tour is I would get on stage with half a setlist and then spend the rest of the night improvising and taking requests, talking with people and making up songs on the spot and just generally enjoying myself way more than is permissible.
YOUR MEMOIR, THE ART OF ASKING: HOW I LEARNED TO STOP WORRYING AND LET PEOPLE HELP DEALS A LOT WITH YOUR STRUGGLE FOR AUTHENTICITY AS AN ARTIST. WAS IT WRITTEN AS A REACTION TO SOME OF YOUR CRITICS OR HAD YOU BEEN PLANNING TO WRITE THE BOOK ALL ALONG?

It was a really organic combination because I had been toying with the idea of writing a book that connected street performing as a metaphor to everything else that has happened to me in my life because it is such a wonderful rich metaphor. And when the Kickstarter happened and then I battled controversy after controversy -that definitely stirred up a lot of material but it wasn’t until I did Ted Talks and then was chased down by a publisher that I actually lit a fire under my own ass -because writing a book is not fun…

I sort of had to sacrifice almost a year of doing what I fundamentally enjoy – writing songs and playing and travelling and being with people – in order to write this book. Knowing that it wouldn’t be particularly enjoyable, that I would have to sit alone at a desk for many many many hours, which I don’t love doing, in order to crank this out. I don’t think I would have done it if I hadn’t had the motivation of the TED Talk and all the controversy behind me because I was really motivated to explain myself. I deeply wanted people to understand the context of why these things had happened -and that’s a much bigger motivator than ‘hey- I’ve had a kind of interesting life maybe I could write about it‘.

It’s a much stronger fire to be deeply misunderstood but know that if you can explain the context to those that are misunderstanding you, you will be more connected to the universe. and that’s sort of the context that I wrote the book in – which is not to say that I wrote the book for my haters and my critics, but the TED Talks really worked wonders -feeling my soul being upon a world stage like that…let me tell you my story and maybe you’ll understand.

WAS IT A HINDRANCE OR A HELP HAVING A BEST-SELLING AUTHOR AS A HUSBAND?

In this case, it was absolutely a help. Neil says something very wise when he talks about writing which is ‘you never really learn how to write a book, you only learn how to write the book that you’re writing‘. And some of that is applicable to the next time. Our marriage has absolutely been shaped by every project that we’ve worked on and Neil says that he wouldn’t have written his last book if I hadn’t gone off to make my Kickstarter album. I don’t even know if I would have done my Kickstarter if I hadn’t met Neil.

Our life, our marriage and our story has really been glued together and impacted by every creative project that we’ve undertaken and vica versa… Neil could have not have been more supportive when I decided to write the book and when I decided to abandon our marriage – three straight months to go off without seeing him – and then he gave me the ultimate gift which is that he acted as one of my editors. And Neil Gaiman – I don’t think there is a price-tag you could pay him to get him to edit your book. It’s not what he wants to spend his life doing. He took a full week out of his own writing schedule and out of his life to hack the shit out of my book. I think most good writers -and people in publishing might know this- but what makes a really good writer is the fact that they’re an excellent editor, and Neil is an excellent editor. He basically sat down with a hundred and fifty thousand word manuscript of mine and a pencil and just slashed the shit out of the draft. And genuinely helped me shape the book into being after I had written all the raw material. He can do that because not only is he a good editor but because he really knows me and understands the fundamental message that I was trying to get across -and he really understands books because he has had a passionate love affair with books basically since he could crawl.

WAS THAT IMPORTANT TO YOU – TO HAVE SOMEONE WHO KNOWS YOU EDIT THE MEMOIR RATHER THAN A STRANGER?

Even though my publisher had provided me with a perfectly adequate editor, I not only asked Neil to edit the book but I also hired one of my friends, Jamie, who absolutely knows me inside out, understands my philosophy, helped me write my Ted Talk and is one of those people who is brutally honest with me about my work. I practically wouldn’t sign the book contract without getting permission to hire those close to me to police me and edit me and work with me and help me birth the book baby because it was too intimate. I was a little bit afraid that there would be too many cooks in the kitchen environment.

In the end having three editors worked out magically. There were some spots in the book that I was aching to keep in and really didn’t want to cut and I had a consensus of three people and I knew if all three told me ‘you’ve got to cut this,’, no matter how instinctively and deeply I wanted to keep that thing in I would cut it. Sometimes even if two out of three suggested that I cut something I would cut… They all brought a really different element. Neil brought the element of ‘total-Neil-Gaiman-publishing-world-expertise’ and an excellent keen eye for PR, Jamie brought a really incredible philosophical filter to things, and then the publisher’s editor Emily brought the aspect of ‘looking at the book from the outside world’ -as in this may be totally understandable to a DIY musician in Brooklyn but will Barb and Norah from Nebraska really understand what you’re saying here? The three of them as a team were fantastic.

A LOT OF WRITERS USE THEIR WORK AS A WAY OF ‘WORKING-THROUGH’ TRAUMA AND SUFFERING. WAS THE WRITING PROCESS THERAPEUTIC?

I’ve always taken comfort in sharing and airing out all of the darkness. The book was a really nice way of getting a lot of feelings off my chest. That’s something I’ve been doing for years through my song writing, through my blogging and even through my tweeting -I’ve always found a great deal of comfort in ‘working-through’ my feelings in public and with a community. Honestly, I’ve seen it before with music …but seeing it through the book is an experience. By sharing these things it does not at all have to feel narcissistic it can feel like a gift that I can give to other people that are going through similar things that have not been able to articulate certain experiences. It’s very easy for critics to target any person, particularly women who are vocal, open and opinionated… the flip-side of that is that I have never felt more connected to the universe and more connected to my community because all of the bridges that get built and the threads that get threaded together by writing about such personal stuff – that feels so much more powerful than the critics yelling that I’m some narcissistic sleaze.

ALONG WITH THE BOOK AND THE TOUR, YOU’VE FOUND TIME TO GUEST-EDIT THE LATEST ISSUE OF THE NEWSTATESMAN WITH NEIL, WHAT WAS IT LIKE TO BE ON THE OTHER SIDE OF THE MEDIA?

I’m a long-time reader and I found myself particularly inspired by Russell Brand’s guest-edit. I was invited to write a piece for that. When I bought the issue and read it I was blown away by the wonderful cohesiveness of how they structured and put together that entire issue thematically. A magazine, when it’s well done and well edited, can really be a work of art. Neil and I were very excited to do this together but we’re always very suspicious of collaborating with each other. We’re both such total control freaks. We definitely went through a dark night of the soul with this issue because we didn’t see eye-to-eye with everything, but 95% of the time we did and that’s one of those wonderful things that can strengthen a marriage which is you realise that there’s a lot of things that you can communicate without even speaking. Because we really are from the same planet. I think one of the things that really attracted me to Neil, besides his incredibly handsome British charm and all that, was his politics. He’s a freedom-fighter and he’s been really vocal about censorship since the beginning of his career and has been known to be an outspoken feminist – I found those qualities insanely sexy when I met him.

The idea that Neil and I can sit down with this issue of the New Statesman and really gather up the best of the best of our friends who are writers or who are artists who aren’t professional writers but need to be given a platform to say what they need to say – especially by a publication as prestigious as the new statesman, it felt like getting the ultimate dinner invitation with extra invite power. It was just awesome. We’re really pleased with it. The cover is beautiful -it’s by Art Spiegelman- and the content ranges with everything from Stoya who’s a porn star who is also an excellent essayist and feminist… It’s the most eclectic incredible collection of writing and artwork. I am so proud of it.

EVERYTHING SEEMS TO BE GOING PRETTY WELL IN YOUR LIFE, ARE YOU AFRAID YOU MIGHT STAGNATE AS AN ARTIST?

I’m terrified – and not for no reason. I have definitely seen some artists and musicians stagnate and mellow into ‘un-interestingness’ after having kids and I feel like I am going to have to make a conscious and exerted effort not to.

DO YOU EVER FEAR YOU’LL GET BACK DOWN ON THE NAIL?

Parts of this article were originally published as part of an interview on theoutmost.ie.

The Art of Asking is available at all good bookstores. 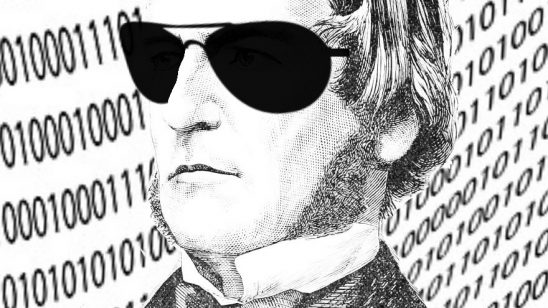 Latest research shows George Boole was “just one of the lads” 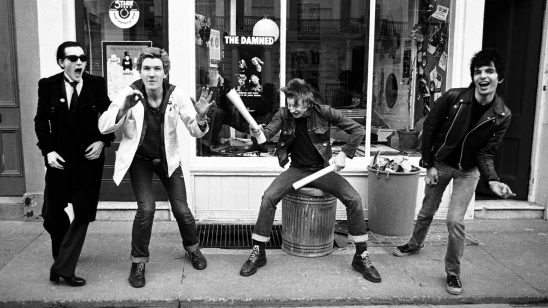 Direction and The Damned: Wes Orshoski